The Wishes of Jeremiah Perch 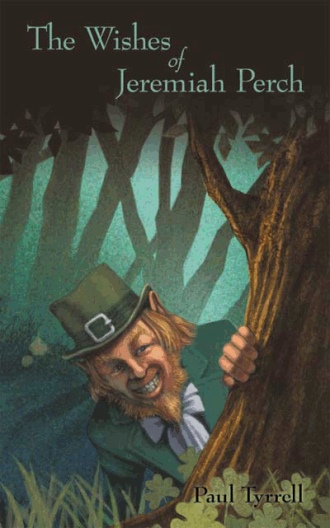 Jeremiah James Perch, to give him his full birth name, sat in his greenhouse which was situated in the back garden of 32 Knowles Avenue, Chippington, Bucks. He had been there for most of the morning and he was contemplating returning to the house for a spot of lunch, a prospect which filled him with a sense of foreboding. He looked up to the rear of the house, shielded his eyes from the of the nearly midday sun, and scrutinised each of the four windows. He could detect no movement within the house but that was scant comfort.

"Watching she is." His thoughts mimicking the voice of Star wars Yoda. " On you she is spying.

At that precise moment, a window to the top left of the house suddenly opened. The robust muscular figure of Mrs Sylvia Martha Perch appeared in all her glory. Her appearance was no less intimidating at a distance than it was at a distance. Some would describe her as Germanic; others as simply manic. Her hair, the colour of straw, was parted down the middle of her head. It hung limply just below her rather square jaw line. Her blue eyes were so intense, Jeremiah often thought she had the superhuman ability to stare straight through brick walls. At 41 years of age she was younger than her husband by two whole years. At 15 stone she was heavier than her husband by four whole stones

"Jeremiah!!" She screeched in her high falsetto voice. "Are you going to spend the rest of the day camped in that sodding greenhouse?"

Jerry stood up from the small stool on which he had been sitting and moved a few steps towards the house. "I was just thinking about coming in for lunch dear." He called back. He began the back to the house with the resignation of a man going to the gallows.

"Well it's about time too. I never know if you're dead or alive these days when you're holed up in that damned greenhouse!!" She screeched. "God knows what you get up to in there!"

Jeremiah James Perch, to give him his full birth name, is a downtrodden, humble man. Throughout his marriage he has been constantly bullied and henpecked by his overbearing wife, Sylvia. Life changes for Jeremiah when he is granted a number of Wishes from a mischievous leprechaun. The changes are not always for the good, and Jeremiah has a knack of finding trouble without even looking for it. His roller coaster life after being granted the Wishes is often humourous; and sometimes sad. This story unfolds like a slow burning fuse and finally concludes in an explosive finale.~

Paul Tyrrell is a retired police officer. He resides in Kent England with his wife Vicky and family. This is his first novel. He is currently working on a second novel which he has set a December 2010 for its completion~