Fire in the Sky

The Story of the Atomic Bomb 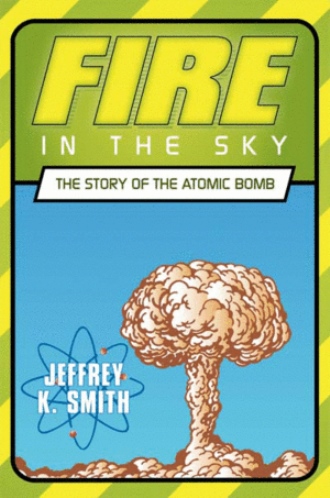 With temperatures greater than 50 times the boiling point of water, people were instantly incinerated.  In downtown , a human silhouette was burned into the granite steps of a collapsed bank building.  The commander of the 59th Army, Lieutenant General Yoji Fuji, was among the dead, his "burnt sword found alongside his charred remains."

Non-human life was also extinguished.  Birds and insects, some in mid-flight, along with squirrels, cats, and dogs were all vaporized.

The giant mushroom cloud generated by the nuclear explosion carried tons of soil into the air.  Later in the day, during a rainstorm, a citizen remembered it "raining something like ink."

The carnage was terrifying, as the dead and dying were strewn among the smoking ruins of the city.  A survivor described her most vivid recollection in the aftermath of the explosion:  "I was horrified, indeed, at the sight of a stark naked man standing in the rain with his eyeball in his palm."

A Japanese boy remembered the early hours after the catastrophic blast:  "I got terribly thirsty, so I went to the river to drink.  From upstream, a great many black and burned corpses came floating down the river.  I pushed them away and drank the water..."

Half a world away, returning home from , aboard the USS Augusta, President Truman received a cable confirming the success of the bombing.  The President announced the news to a group of sailors who had joined him for lunch:  "The force from which the sun draws it power has been loosed against those who brought war to the ."

Before the week was over, Truman warned the Japanese of additional horrors:  "If they do not now accept our terms (for surrender), they may expect a rain of ruin from the air, the like of which has never been seen of this earth..."

"I'm proud of you and your people," declared.

"It went all right?" Oppenheimer asked.

"Apparently, it went off with a tremendous bang," replied. 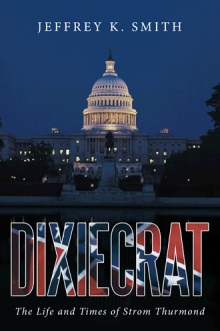 In the summer of 1945, the world was introduced to the horrific consequences of nuclear warfare.  On the sixth day of August, an American B-29 bomber dropped a revolutionary new weapon, the atomic bomb, over the Japanese city of .  The catastrophic detonation instantly killed over 100,000 residents of the city, with thousands more dying from explosion-related injuries in the months and years to follow.  Three days later, a second nuclear weapon was released over the skies of , killing over 40,000 Japanese citizens, most of whom were civilians.

Six days after the second nuclear attack, the Empire of Japan surrendered, and World War II was ended.  Jubilation among the Allied countries was tempered by a profound sense of relief; nearly four years of bloody war had finally come to an end.  Some 406,000 Americans died during World War II, while another 671,000 were wounded.  By the end of the war, an astonishing one out of every one hundred thirty six Americans had been killed or wounded in the fighting.  American military personnel, along with their spouses, children, parents, and friends, were eager to see the bloody conflict come to and end, by any means possible.  Consequently, President Harry Truman's decision to utilize the atomic bomb to bring to its knees was wildly popular in the weeks and months that followed the Japanese surrender.

In the six plus decades since and , however, many have questioned both the necessity and morality of 's deployment of the bomb.  Significantly influenced by revisionist history, passionate debate has focused on the justification for nuclear warfare to subdue an enemy already nearing defeat.  Like so many other momentous events, the reader must balance the reality of the world in 1945 against the seemingly clearer prism of revisionist history.

Fire in the Sky:  The Story of the Atomic Bomb chronicles the development and use of the first atomic bombs.  This is a remarkable story about the lives and times of the brilliant scientists, seasoned military officers, and determined government leaders, who reshaped history, and irrevocably changed the dynamics of warfare.

Jeffrey K. Smith is a physician and writer.  A native of , , he earned his undergraduate and medical degrees from the .  After completing a residency at the William S. Hall Psychiatric Institute, Doctor Smith entered private practice in .

Smith is the author of three murder-mystery novels and three works of non-fiction.  He resides in , along with his wife Anne, and their two sons, Andy and Ben.