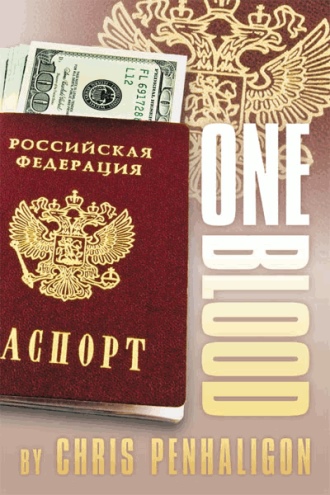 Chris Penhaligon is a spy for hire. He has worked undercover for MI5 and Special Branch on covert operations that cannot be traced back to the British Security Services, more commonly known as “Deniable Black ops"

Serving with 2 Para in Belfast, Northern lreland, he survived the first-ever remote controlled car bomb explosion in the Province. On duty in Berlin, he was a member of the Spandau Guard, whose job was to keep 24-hour watch on the former Nazi deputy leader Rudolph Hess.

One Blood reveals how, after infiltrating deep inside Greenpeace for several years, Penhaligon's cover was blown by the cold indifference of Scotland Yard's senior officers.

Penhaligon accompanied the Greenpeace action unit on many operations - including an attack on Downing Street.

Later in the wake of the poisoning of the former Russian spy Alexander Litvinenko, Penhaligon was paid by home security service, MI5, to develop links with a Russian interpreter in Moscow

One Blood, Penhaligon's story is not James Bond fiction - where every drama has a happy ending.

He tells of the true grim reality of how Britain's secret services use private undercover operators to do their dirty work. Working with no back up and no come back, these private spies regularly lay their lives on the line for their country.

The book is also packed with tradecraft secrets of both living and working alone deep undercover in the UK and in foreign hostile countries. The fact that Penhaligon is here to write this book is a true testament to his skills and success in surviving so long in this twilight world where sometimes serious harm or even death is on the agenda of those he confronts.

Chris Penhaligon is a former Paratrooper and Police Protection officer who’s life started in a rough part of London as a factory worker before serving the crown.

This service saw him witness first hand, bombings, shootings and many other disturbing encounters across the world and included being tortured in South America but even this did little to prepare him for becoming an important cog in the machinery of international murder and espionage. Chris travelled the world and it was this experience that led him into the world of sinister undercover operations against activist groups in the UK and the dark corridors of Russian intelligence, more commonly known as “Deniable Black Ops”

Chris’s undercover operations required secrecy even to his own family and so only now he openly justifies the complicated double life to those who never understood Chris’s behavior or lifestyle.

Chris now enjoys life with family in the south of England and a passion for photography, but despite a significant hearing impairment caused by an explosion in 2008 he remains positive.