..and other stories in rhyming verse 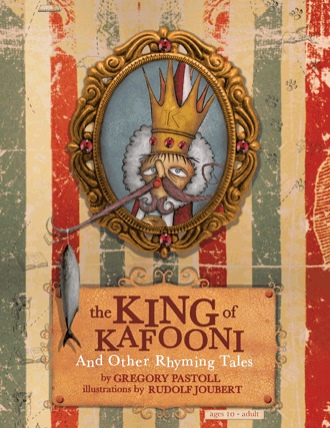 18. Percival Putteman’s Petrified Pig
Percival Putteman’s petrified pig
Was really quite ancient, and ever so big.
As far as Professor Von Schnitzel could gauge,
It fell in a bog in a fossil-type age,
And there it proceeded to turn into lime:
A process which took it one helluva time.
But, after an aeon or two, it was hard,
And ready to pop up in Percy’s back yard.
He called all his neighbours to see what he’d found:
A pig made of stone, that he’d dug from the ground.
But, this was no ordinary porker, of course:
Its back stood as tall as a Percheron horse.
The neighbours appeared: they were greatly impressed,
And old Mrs. Ross even dared to suggest
That Percival really should deepen his dig,
And find something more than a silly old pig.
But, Percival Putteman wasn’t deterred.
He phoned up Von Schnitzel, and asked for a word.
The learned Professor jumped clean out his chair,
‘Cos fossils so large were amazingly rare. ,
“Just guard it, don’t touch it, whatever you do! ,
I’m coming right now, with my specialised crew!” ,
And, true to his word, he was there like a shot, ,
And spotted at once that this fossil was hot. ,
“Eureka! Eureka! With ‘Bingo’ on top! ,
When Mattison sees this, his eyeballs will pop! ,
This pig is, to science, what gold is, to girls…,
At least, I mean diamonds…or, do I mean pearls?” ,
“You mean there are diamonds inside of that pig?” ,
Said old Mrs Ross, and her eyes went so big: ,
The learned Von Schnitzel latched onto the thought,
That she was, without any doubt, of the sort,
Who smashed up old fossils, to see what’s inside, ,
And probably wouldn’t give up till she’d tried. ,
He realised at once, that the pig couldn’t stay,
In that kind of suburb, for even a day. ,
,
So, cranking his brain to the utmost, he said: ,
“I wonder, good lady, if you might have read,
The new legislation on what should be done,
To people who break up old fossils for fun?” ,
“I have to advise you: the law is quite clear: ,
The sentence for smashing is very severe. ,
And, specially for fossils that started intact: ,
The whole CIA could get in on the act!” ,
He gave her a look, with a sharp little nod,
That cut, like the swish of a schoolmaster’s rod. ,
So, poor Mrs Ross shut her mouth, with a squeak, ,
And said nothing more, for the rest of the week. ,
Good old Von Schnitzel then turned to his host: ,
“I have to inform you: I really am most,
Impressed and delighted with this little find, ,
And gladly I’ll take it, if you do not mind. ,
“For science is science, its aims high and true, ,
And this piece of stone is of no use to you.” ,
He tried to look calm then, and matter-of-fact,
But Percy discerned it was just a big act. ,
“Now, hold on a minute!” said Percy, quite bold, ,
“This pig’s going nowhere, unless it is sold! ,
“It’s part of my garden, and that’s where it stays. ,
Yep, right in this corner, till somebody pays.” ,
“Then tell me, good sir, now: just what is your price?” ,
“I thought half a million would really be nice.” ,
“You thought half a million – now, that’s a good joke, ,
Because my department is practically broke. ,
“I’ll offer ten thousand: see – here is my cheque!” ,
But Percival Putteman countered with: “Heck! ,
This horrible hog will be put on display –,
I’m likely to make more than that in a day!” ,
“Oh, no!” said Von Schnitzel, don’t put it on show: ,
There’s all sorts of things that we just have to know! ,
So, please, I beseech you, let me have it first: ,
You’ll have it right back, in a month, at the worst!” ,

One of the neighbours, from over the fencer
Then said to Von Schnitzel: “D’you think we’re all dense?”
“Possession, they say, is nine points of the law.
If you take the pig, we won’t see it, no more!”
“Yes, don’t let him, Percy!” said young Mr High,
“That’s waving a whole lot of money goodbye!
He’ll cut it to pieces to see how it’s made,
And that means your fossil will not get displayed!”
“Then, why did you call me?” asked Heinrich Von ‘S’,
“Excepting to give you a well-informed guess
“Concerning the prospects and use of this pig: And I say, its value to science is BIG!”
“And I say, its value to me is much bigger:
Your 10 000 bucks is a miserable fi gure!”
“All, right, make it twenty, but that’s where I stop,
Or Mattison Marley will give me the chop!”
Percival Putteman looked at his friends,
But all of their mouths pointed down at the ends.
“I’m sorry, Professor, the verdict is ‘no’:
Tomorrow that porker is going on show!”
Now, that’s when Professor Von Schnitzel went mad.
He shouted some things that were morally bad.
And Percival, too, got so drawn to the fray,
That soon they were punching and kicking away.
Von Schnitzel’s assistants sneaked up with a crane,
Making their upright intentions quite plain –
So, young Mr High, from the next door abode,
Pulled out his tractor, to block up the road.
The crane did a swerve, as it picked up the pig,
But no-one had checked out the state of the rig,
And, just as it swung the thing clear of the fence,
The cable gave way, ‘cos the strain was immense.
So, piggy transformed, though it wasn’t that far,
To thousands of fragments, all over the tar.
The crane did a nose-dive on Percival’s roof,
And poor Mrs Ross was knocked out by a hoof.
Ranting and frothing, I’m sorry to say. .
Well, neither can talk, though it’s been a whole year, .
But the look in their eyes is most perfectly clear. .
And so, we must leave them (in very good hands) .
Just hoping the Angel of Sanity lands. .
So, better be careful, the next time you dig, .
In case you discover the same sort of pig.
Then, put down that shovel, before it’s too late,
Or you and poor Percy might share the same fate! 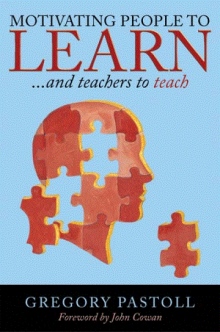 This collection of rhyming stories will suit anyone over ten years old with a fondness for reading and a sophisticated vocabulary. These stories are full of subtle humour. They  deal with believable human characters in slightly outlandish settings, having adventures that stretch the imagination...ever so slightly!

Here you will find no dark magical empires, and no introspections about the problems of today. This is just good clean fun. Scary? No! Cheeky: yes! The  focus here is on leaving the reader amused and amazed, and feeling good about the fun there is to be found in life.

This particular collection of stories was meant for ages 10 to 15. But many adults have enjoyed them so much they came back to the author to buy more copies of the book for their friends.

Gregory Pastoll lives in Cape Town, South Africa. He believes that the single most important thing you can do for young people is to allow them to exercise their imaginations.

His fondness for rhyming words, and the power of musicality in speech, has led to a special interest in writing the kind of stories in this collection.

He has also written other collections of rhyming stories, some for younger children, and some for adults.

Besides his stories, and a busy career as an engineering educator, he has had two of his children's musicals performed, and has developed three board games.