A Conflict of Class 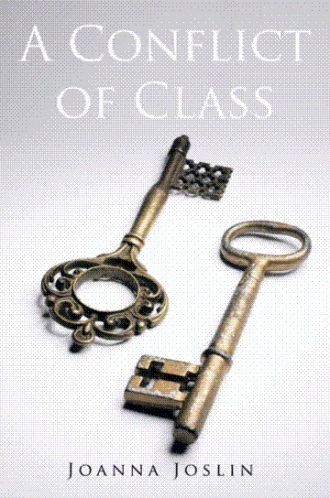 Annie and her charge continued their way through the passage, rounded the corner and found themselves standing at the base of two steps leading to a rather drab, brown door.  The Ledgards inhabited a ‘back’ house of a northern type of terracing, locally referred to as ‘back to backs’.  As the door opened the little girl peered with both inquisitiveness and caution into a dark interior.  This was the living room which proved to be not quite as dark as first anticipated.  The sun rarely touched these back houses and a permanent dullness about them at first conferred darkness, which later gave way to a lighter vision as the eyes became accustomed to the internal surroundings.  The walls were distempered in a colour of pale green which somewhat helped to lighten the drabness of the heavy and solid furniture.  Built-in cupboards and a black-leaded fireplace, the latter having a large overmantle shelf festooned with ornaments and tins above and washing below, seemed to dominate the room. They were permanent fixtures and remained with the house as solid unmoveable items, unlike many of the tenants of these properties who came and went as finances dictated.  A table and chairs stood in the middle of the room whilst the remaining walls played host to a sideboard complete with large pillars and a mirror, an upright piano, a wringing machine triumphant in a corner, a settee and a matching chair.  Sitting in this chair was a man of around fifty years of age.  His face wore a tired and exhausted look, his eyes quite expressionless, his skin white in pallor with an afternoon growth of bristle; all serving as signs of age in a man who could have looked younger, if only the inclination had existed.  This was his house.  There was little need for formalities.  Displaying an air of total disapproval and disinterest towards the young visitor, he remained seated in a rather slumped position, moving only once to gain a slightly more comfortable angle in his chair by the side of the fireplace.

‘Go and say hello to your uncle,’ prompted Annie who was not indifferent to her husband’s moody behaviour.  A scowl flashed across her countenance as she emotionally pleaded for him to accept the girl.  The child, however, was reluctant and preferred to remain at the side of her aunt, a woman with whom she at least felt at ease with, unlike her host.

‘Come along Helen, don’t be shy.  He’s not going to bite you.’
Annie tried with a light-hearted approach in her persuasion but caution once again intercepted.  Remaining firmly by her aunt, Helen refused to be coaxed to either move nearer or speak to this man.

‘What’s the matter lass, cat got your tongue?  Perhaps our ’elen is too set in her fine ways to let on to the likes of us.’

This gruff and offhand remark from the man only served to confirm Helen’s suspicion that she was not wanted in this household, at least not by her uncle.  Brushing Helen and her aunt aside he abruptly slammed the outside door behind him, leaving the pair alone to contemplate the household readjustment.  Annie was unable to hide her relief at his departure, albeit a temporary one, and allowed a warm smile to penetrate across her face.

‘When you get to know him he’s not so bad.  He’s just not used to having a young girl in the family,’ remarked Annie trying hard once again to make light of a situation which was well rooted with problems.  Attempting to smooth over the differences which existed she placed her hand on the child’s head, pulling her towards her and tried to reassure Helen that stability would return to her little life.  The maternal instincts at least existed and Helen revelled in the warmth and security of her aunt’s embrace.  It was not her mother’s arms around her, but nevertheless the little girl felt a genuine fondness for her aunt.  The feelings were mutual.

Helen Siddall is an orphan girl who possesses beauty, intellect and youth.  She is unaware that her maternal family is one of the wealthiest in the North of England.  Brought up in her paternal aunt’s working class home, she struggles against the jealousy of her young cousin Harry whilst becoming attracted to her older cousin, Thomas.  Harry endeavours to destroy both her life and her relationship with Thomas.  Secrets from her family history also conspire to produce twists and turns in the story which spans three decades between the two World Wars involving conflict, love and intrigue.

Joanna Joslin lives in North Yorkshire.  She has a Bachelors Degree in Education from Manchester University, and has been teaching for 29 years.  Joanna won a Radio Leeds Short Story Competition, and in her writing, she likes to immerse herself in the diversity of the different characters, the specific decades and accompanying descriptions of everything associated with the social history of that particular period.