Cumberland to Hagerstown & The New Line 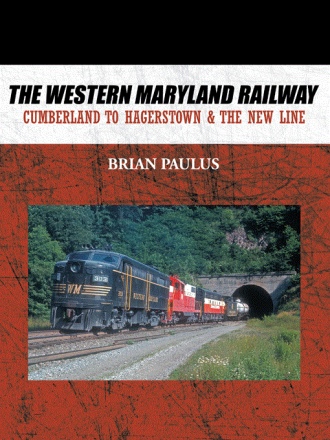 To find a free preview of this book just go to: www.thewesternmarylandrailwaycumberlandtohagerstownandthenewline.com To find the link on Facebook visit the author's Facebook Page and click on the link 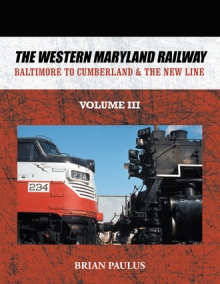 This Western Maryland Railway book consists of nearly 200 photos. With over 80% of the images in color. Centering on the years 1946-1976.


The line is seen from Hagerstown, MD to Connellsville, PA, through the Potomac River Valley, and across the Allegheny Mountains on the Western Maryland's "New Line" via historic Cumberland, MD. See 1970's Steam powered trains in the form of NKP 759, Reading 2102, and Southern 4501 running WM rails.

The author was born in Cumberland, Maryland.

His interest in trains began as a young child. Growing up in Oldtown, Maryland, he became a fan of the Western Maryland Railway living closely to the mainline as well as the C&O Canal.

He became interested in photography at age 11, and began photographing trains with a 35mm camera in 1986.

He hired on with CSX as a freight conductor, and was later promoted to engineer. Running trains from Cumberland, Maryland to New Castle, Pennsylvania, via Sand Patch Grade. He transferred to Amtrak in 2000, with Washington, DC,as his new home terminal, and today mainly operates Amtrak's “Capitol Limited” train between Washington and Cumberland.

His photos have appeared in several railroad magazines, books, video covers, calendars, and newspapers over the years.

He and his wife, Candice, live in Severn, Maryland.