Mist on the Window 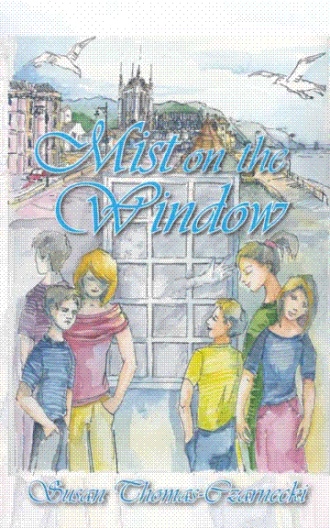 Susan wondered whether the headmistress had heard about her escapades in the French lesson the previous day. The girls in her class had all agreed that it was Mr. Kramer's fault because he really shouldn't have sniggered behind his coffee cup at Jenny who was trying to say “methee bookoop.” Jenny couldn't help speaking that way. Susan wondered if her brother, with his serious lisp, ever had the same problems in school. If he did, Peter would make a joke out of it as he did with everything. Not Jenny though. She was more like Kathy - shy, and very often close to tears.

Well, Mr. Kramer had got what he deserved, Susan decided, though she wasn't sure that Miss Braybern, the headmistress, would see it that way. If Kathy were to tell Mum or Dad about Susan shutting Mr Kramer in the cupboard for the entire lesson, she knew there would be major trouble!

As a result, she walked to school very slowly almost jumping out of her skin when her friend Helena tapped her on the shoulder. And, when Mr Kramer walked past during break, she pretended to be reading her geography book. Actually, she quite liked French and she and Kathy always had great fun pretending they were French tourists when they were shopping together.

But better even than speaking gobbledy gook with Parisian accents in Tesco, was playing practical jokes on unsuspecting teachers and neighbours. She had never dreamt that one day she might get caught. But today - well today might just see her in front of the old battle axe and that would not be good, particularly since, according to Dad, she was supposed to be “keeping a low profile”, a phrase he had used on countless occasions since he discovered that his eldest daughter had passed the entrance exam to the Girl's Grammar School. Susan still wasn't sure what a “profile” was but she knew she should try to be “good”, at least - which, to her, meant being “boring”.

Dad was the headmaster of the boy's school the other side of town and Susan realized now why she should have “kept the low profile” he was always talking about! Headmasters have meetings with headmistresses, which was why, on this particular morning, she saw him stride into her headmistress's office at lunch time.

Actually, the P.E. lesson, straight after lunch, took her mind off the imminent danger. It was the dreaded cross country again. Helena, Gemma and Susan -“the terrible triplet” as some teachers called them - usually cut through the housing estate to avoid having to run three miles to Maiden Castle. This time Susan suggested, to the surprise of the other two, that they run the full distance.

"Are you crazy?” said Gemma, who refused to run anywhere unless it was away from a spider. “My legs won't take me that far!”

"Ow...agh... I've got ...cramp in my ...leg!” Helena plonked herself down on the grass verge outside the local fish and chip shop. “I can't go any further,” she groaned.

"Get up, Helee,” Susan pleaded. “Angela has overtaken us. We always get back to school before Angela. Oh, no. I don't believe it. Miss Planter is coming.”

Sure enough, Miss Planter came jogging past them at an even pace, encouraging each of the girls she passed with a smile and a, “See you at the gate.”

As she passed Susan and her friends, however, her expression changed.

"Will you come to see me in my office when you get back to school, Susan,” she said, frowning.

"Do you think she's been talking to Mr Kramer?” Gemma asked quietly when Miss Planter went jogging on.

She did not want to run all the way to Maiden Castle but anything was better than running back to school. And talking to Miss Planter in her office was preferable to having Dad call her into his study.

The three friends struggled on, completing their cross country in record, albeit slow, time. Susan, having changed back into her uniform, made her way unenthusiastically towards Miss Planter's office.

"What did she want?” Helena asked when Susan came out of the office ten minutes later, cheeks ablaze.

"She asked me if I'd like to play on the school hockey team.”

“Are you crazy?” Gemma exclaimed for the second time that day.

"Oh, come on. You know as well as I do that sport and I just don't mix! Playing hockey in school time is one thing, but you won't get me giving up my Saturday afternoons to play against bunches of sissies. That's when I get to go with my dad to rugby matches with the boys from his school.”

"You're so lucky!” Helena exclaimed. “When are you going to invite us, anyway?”

"I'll talk to Dad! Hey, we'd better go. History starts in five minutes and I've got to get my books from the changing room. See you up in class.”

The history lesson dragged but, for once, Susan was not at all happy to hear the bell for the end of school. She was able to delay the inevitable by escorting first Helena and then Gemma home and although Dad never usually got home much before the six o'clock news, today she noticed his bike was already propped up outside the back door as she walked slowly up the driveway.

BUT Susan is in for a bit of a surprise when she sits down at the table that evening....... 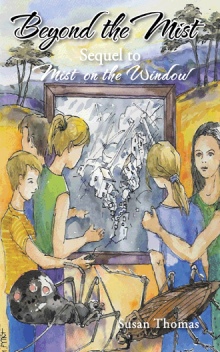 Teignmouth or Rome? Family holiday on the south coast of England or independence with friends in Europe? Susan is torn. Her decision leads to an adventure she cannot explain and to relationships that will shape the way she looks at the world.

Steven's return threatens to spoil the fun and Mrs. Farty Gerty's desire to keep the peace at all costs tests Susan's patience, Kathy's nerves and Peter's talent at poetry. Lee - well, Lee keeps Susan dreaming at night. And Nanny? Nanny is who she has always been - Nanny!

Susan Thomas-Czarnecki was born in Southampton, England in 1965. Educated in Dorchester, she moved to California at the age of seventeen, returning to England two years later to study Theology at London Bible College.

After three years teaching Religious Studies in Norwich she moved again, but this time East, to Poland, where she lived for 19 years running an English language school for local Polish children before returning finally to settle in Teignmouth,the setting for Mist on the Window. with her two children; Anna and John.