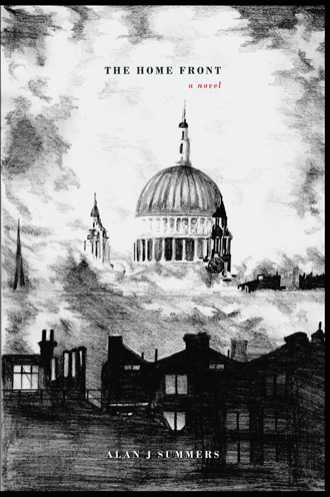 After the main course and a ginger pudding with custard, Elizabeth was reviewing the menu for a cake to go with her tea when the air raid sirens started to sound. The nippy gestured defiance with a hand signal directed at the ceiling and then took Elizabeth’s order. By the time the cake arrived ack-ack guns could be heard in the distance.

“You can come down to the cellar,” said the nippy, “that’s what we do when it gets too rough up here.”

“I think we might make a dash for it,” said Mark, “along the Embankment.”

“Take care,” said the nippy as Mark settled the bill, “you can always double back if you need to. We never lock the door, ‘cos there’s no lock on it, so you can always get in and come downstairs.”

Bombs started cracking and booming in the distance; Mark judged them to be falling on the docks again, east of the City. That suited him, since they wanted to go west to their beds, even if they did have to sleep in the wine cellar.

Elizabeth helped Mark with his greatcoat and then slipped hers on. The moment they stepped through the blackout curtain onto the street, Mark pressed Elizabeth back. He could hear the bombs whistling, which meant they were coming down close by, too close for comfort. The ground shook as they landed; multiple impacts, as though two or more aircraft had dumped their loads.

The street was no longer dark; the ambient light came from searchlights reflecting off the clouds, bursts of flak above and the fires that the bombing had started. Another cluster of weapons whistled down, striking somewhere up Farringdon Street, maybe the market or around the Old Bailey. From the doorway, Mark could see fires developing the other side of the Cathedral from where he stood.

There seemed to be a bit of a lull; explosions in the distance, fire engine bells closer by.

They stepped out into the street. Mark glanced up the hill towards the Cathedral and stopped in awe. The whole dome was illuminated by the fires about it.

At that moment more whistles started and a further cluster of bombs landed north of them. They scuttled across Ludgate Circus and down New Bridge Street towards the river. More bombs whistled and crumped; one so close that Mark hit the ground, pulling Elizabeth down as the blast went over them, showering bits of masonry, wood and lots of dust across the street.

“Over here you idiot,” shouted a voice, “come and take shelter.”

Up and running again, Mark led towards the voice that belonged to a tall City policeman.

“Down there, follow the steps, you can shelter under Blackfriars Bridge.”

They went down the steps to find some twenty people already below. They could see along the river, the water of which now glowing bright orange as it reflected the fires raging on both sides.

“Welcome to the new great fire of London,” said a voice, “shouldn’t you be up ther 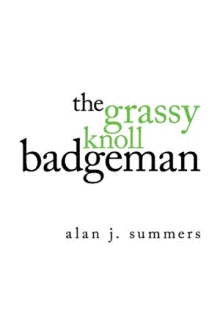 Fighter pilot Mark Brabham is sent to his uncle’s Essex village on convalescent leave after being burned in the Battle of Britain. In such a village the war is both near and far, but occasionally intrudes upon rural life with devastating results. Mark’s journey through his recuperation, his coming to terms with his condition and the new relationships he forms in the village are meant, by his family and friends, to prepare him for his return to the conflict in the sky above them. And he meets a charming land girl…

Alan J Summers wrote this short novel in Cyprus, weaving anecdotes collected from people who lived through the winter blitz of 1940-1 into a story of what it was like to have been on the ground in England under the engagements fought out above.