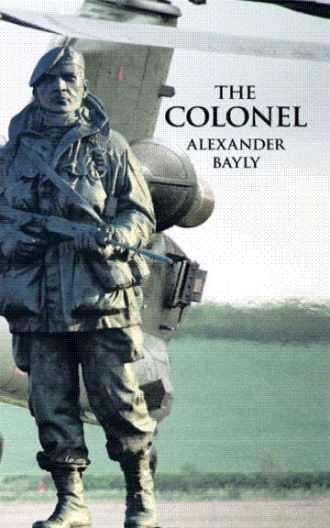 It was on one of those interminably cold, wind-swept night-time patrols of the border towns when he was given the means to exact some revenge for the previous murderous incident.  His men came under small-arms fire from a group of youths, hell-bent on proving their paramilitary credentials.  They were easily neutralised and rounded up.  Once in custody, one of the youths, somewhat more bellicose than his cohorts, couldn’t help but boast how his uncle was one of those who had corralled and then executed the two British soldiers at the Ballymurphy rally. The youths were less forthcoming about the origins of their firearms. There was considerable concern that weapons of various types were making their way into Northern Ireland from a number of sources. Libya was a prime suspect, although at that time no direct contacts had been exposed. And it was well-known that the IRA had strong links with at least one of the Palestinian causes. Intelligence had identified joint training activities and inevitably this must also suggest the pooling of weapons as well. But relations between HMG and Israel had suffered a political setback around that time, so the extent of assistance from Mossad was somewhat limited.

Armed with the nugget of information from the apprentice terrorist, Major Hewitt bided his time.  He used one of his informal sources to establish just who this uncle was and his habitual whereabouts.

Then, on an equally dank night a month later he called on the uncle at a fairly late hour.  Dressed in well-worn civilian clothes and with a somewhat exaggerated local accent, he was able to pass muster as a local.  And armed with the confidence of a detailed knowledge of the local geography, gleaned from his own, first-hand patrolling, he made his way along The Cutts on the south-western outskirts of Belfast. Crossing onto Belsize Road he walked purposefully but without haste until he was able to turn left down Moss Road and thence along Skyline Drive.  He rapidly located the address he was looking for in the small social housing estate and after a quick but thorough check to make sure that there were no lookouts or ‘minders’ he knocked at the side door of his target’s property.  On the pretext of offering information on certain Loyalist paramilitary operatives he was able to obtain entry to the uncle’s homestead. Major Hewitt had a few days earlier used a conduit, in reality a double agent, to alert the uncle to expect him. It didn’t take long to gain his trust, since the information the Major gave was credible and genuine, albeit it was never to be acted upon.

The two men settled into a guarded but relatively relaxed dialogue, as each sought the measure of the other. This went on for twenty minutes or so, with Timothy Hewitt holding his own remarkably well. They exchanged a few “war stories” partly to ease the tension, and partly to prove their own prowess.

Retribution took only the briefest of moments.

When the uncle lowered his guard and turned his back to fetch a couple of drams of Irish whiskey he was dispatched with a single bullet to the nape of the neck, using a pistol previously extracted from a Loyalist informer.

The deed was done.

Major Hewitt felt deep satisfaction. ‘Revenge is certainly a dish best taken cold,’ he uttered to himself as he removed the silencer and pocketed it and the pistol.

Having witnessed a number of unlawful deeds for which, either because of political constraints or shear ineptitude, proper justice is denied, "The Colonel" engages in his own methods of retribution. Over time and with a much wider sympathy with his motives than he might have presupposed, he is instrumental in establishing a covert organization that increasingly permeates society at large. That is, until a certain turn of events leads to his own arrest and imprisonment.

The events that prompt this highly decorated and very courageous military officer to take the law into his own hands provide a fascinating view of contemporary life.

The author is a recently-retired government scientist with extensive insights into the workings of the military and specialist agencies drawn upon in this the second story in a trilogy covering the formation, operation and eventual demise of a clandestine organization whose remit is to carry out summary justice. The author has already published the first volume, called "The Militiaman" in 2008.

The author's principal interests are deep-sea angling and photography embracing nature, aviation and sports action, for which he has achieved some prestigious awards as well as the publication of a book of images recorded from around the world.