A Children’s Book for Grown-Ups 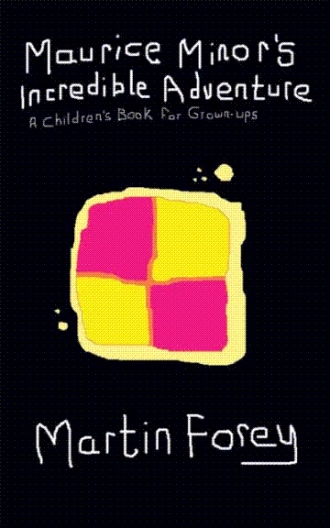 Maurice rested on a moss covered log by the water’s edge, taking in the natural beauty of the idyllic, tranquil scene before him.  As the early summer sun came up from behind the trees, the air began to warm, lifting the last of the morning mist to unveil a picture worthy of any Monet masterpiece.

A lone swan waterskied momentarily as it came in to land, large webbed feet skimming along the surface, slowing it gracefully, with the help of majestic outstretched wings, to a regal floating glide; a smooth wake fanning out behind it. Dragonflies divebombed in and out among the reeds, a blur of humming wings and turquoise luminescence;  hover flies hung suspended in the air before darting and jerking here and there suddenly like puppets on strings;  whirligig beetles spun round and round on the pond’s meniscus as if remote control toys operated by a toddler. Waterboatmen skulled past in coxless pairs, as skilfull as any Oxbridge oarsmen and pondskaters danced their sporadic Boleros.  Only the occassional rising bubbles rippling the otherwise unblemished mirror-glass surface hinted at the lives being played out in the aquatic world beneath – a world far more dangerous than Maurice could ever have believed, faced here with such apparent quiet calm and serenity.

“Don’t even think about it mate!”

Maurice nearly fell backwards off of the log, the sudden exclamation breaking the silence made him jump so.

“Brody” announced the chubby, grizzled little water vole, clambering up the muddy bank and into view on the glistening dew drenched grass at the top.  The way he said it suggested that no further explanation really ought to be necessary; as if Maurice should have somehow already heard of him and know exactly what his original outburst was supposed to have meant.

“Oh, erm, I’m Maurice” said Maurice, still somewhat taken aback and not at all sure what his original outburst was suppoosed to have meant. “Don’t even think about what exactly?”

“Swimming across of course” he replied. “I’m a water vole.  Got my Junior Lifeguard Bronze Award and everything.  Strongest swimmer you’re ever likely to meet, that’s for by jiggerdy certain” he boasted “and even I wouldn’t chance it.”

“Oh, erm, right” said Maurice, a little confused.  He wasn’t even sure that he had ever  been considering swimming across in the first place but he was still curious to know more, especially now that the seed of the idea had been planted.

“Why not exactly?” he asked.

“Lucius” said Brody.  Again, he spoke as if this should be all the information that was needed on the subject.  Discussion over.  Maurice was starting to wonder if he did it on purpose.  He suspected that the vole liked the power of having all the answers and making him work for them.  Maybe it made him feel more intelligent or important in some way and made up for his tiny size – he was barely any bigger than Maurice, although was considerably more rotund.  Maurice still wanted to know more anyway so decided to humour him and play along regardless.

More a mouse of words than of actions, Maurice’s sweet tooth one day finds him caught in a humane trap and released into the British countryside, lost and miles from home. A tale of his subsequent adventures and the charming woodland characters that he encounters along the way, will Maurice find his way home and, along with it, the acceptance from his militaristic father, The Major, that he so desperately craves?

A modern day Wind in the Willows for a new generation, Maurice’s story is one of journey and discovery which, with its underlying references and humour will delight both children and adults alike.

Martin orey lives in Westcliff-on-Sea;  the ‘on-sea’ a perhaps rather grandiose title of oceanic implications to describe what is in fact a small town, nestling on the banks of an inland estuary, looking out across to the Canvey Island Gas Refinery which dominates a large proportion of the horizon on the opposite bank;  but it’s home.

.As well as a childhood animal project which took up most of one six week school summer break, he has also written a number of poems which he’s quite pleased with and is currently knocking together a whole bunch of ideas for a series of follow-ups to this hopefully hugely successful, critically acclaimed best-seller.  He has never forgotten that his fourth year primary school teacher, to whom this book is dedicated, once wrote in his little orange autograph book on his last day of term: