When Love is not Enough...

A story of adoption, based on real life experience 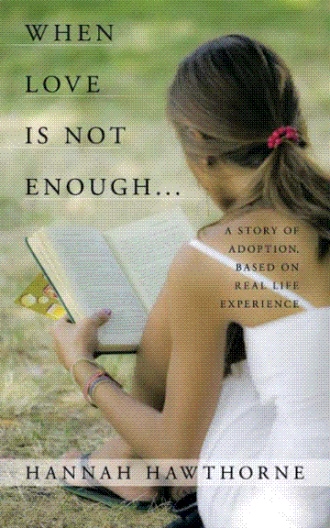 'In the three years since leaving school, her ambitions had not turned out as she had hoped. Firstly, her father, unconvinced that her plans for starting up a dressmaking business were sound, refused to provide her with the capital she needed. He muttered something negative about not investing money in what was clearly a pre-ordained failure. She had explained her case and pleaded, he had shot holes in her argument and remained adamant. A bitter row followed during which Francesca accused her father of favoritism towards her older brothers and sisters, and especially the boys, at her expense. She claimed that so much money had been spent on their university education, but virtually nothing on her future since leaving school. Her father pointed out that she should have worked harder at school towards gaining university entrance and a respectable career, instead of pursuing her" damned dressmaking."

Caught up in uncharacteristic fury, she had stormed out of the farmhouse across the yard to the shelter of the orchard summer house which had long been her place of refuge when family rows or crises became too suffocating.' 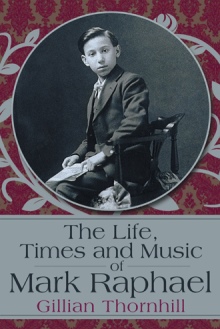 The Life, Times and Music of Mark Raphael
Gillian Thornhill
$16.95

This is a story based on real life experience. Two women of very different backgrounds finally meet through adoption. Isabel, married but infertile, adopts Francesca's baby, Laura. Her wish is to provide the child with a happy,loving home and future, and to be fulfilled in motherhood herself. As the years go by, life generally and the path of adoption are far from smooth. Isabel cannot comprehend her daughter's anger and 'distancing' before, during and well after adolescence. Something deep within Laura is disturbing her, and creating this hostility. Nancy Newton Verrier's research into 'the primal wound' and separation trauma sheds light on the reasons for these problems in adopted children, hitherto unexplained. And what of Francesca? This is a book with a mission, particularly for those considering adoption.

Hannah Hawthorne's real life experience as an adoptive mother is written in the form of a novel. The story is worthwhile for general readership, yet it is also a book with a mission. Although all cases of adoption are uniquely different, nonetheless adoptive parents, universally, may well identify with some of the problems narrated here, and the reasons for them, perhaps gaining comfort and insight from the read. It could also be a source of understanding to those preparing to be adoptive parents.