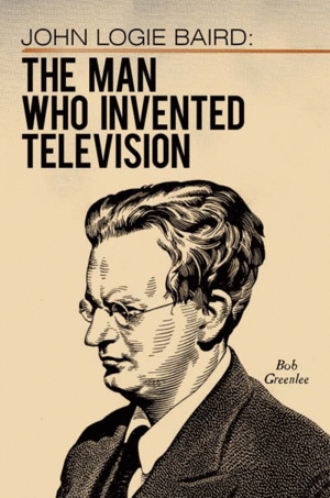 JOHN LOGIE BAIRD is a man whose name is virtually unknown to most Americans.  Although Baird gained considerable notoriety during the first half of the Twentieth Century in his Scottish homeland, as well as in his adopted home in , most people in the have no idea who he was let alone know anything about what he achieved.  He certainly deserves far greater recognition for his lifetime of endeavors especially when it comes to his often being a mere footnote whenever anyone writes about or discusses the history of television.

It was Baird who perfected the world’s first working television system.  He did this in 1924 and held a well-publicized public demonstration of the invention in April 1925; well before any of his inventor brethren managed to produce similar results.  Although the first televised images consisted of nothing more than cardboard cutouts and the head of a ventriloquist’s dummy, an improved system was soon developed and in late October 1925, Baird’s first live human subject was telecast.  For these remarkable accomplishments alone he deserves to be recognized as the “father of mechanical television.”   He also deserves acknowledgment for many other noteworthy achievements because Baird’s inventive genius didn’t stop there.

In 1927, a few years after demonstrating “true television”, he broadcast television signals across the Atlantic Ocean from to .  The term ‘true television” is generally recognized as demonstrating that one could immediately reproduce recognizable electronic images of any three-dimensional object, even while the object was in motion, and that the images would reproduce acceptable gradations of light and dark.  Baird’s achievement occurred just a quarter century after Guglielmo Marconi first sent transatlantic wireless messages in a feat that was universally hailed as a technological milestone that literally changed the world.

Baird also invented and publicly demonstrated the world’s first color television system in 1928.  He invented stereoscopic television and broadcast 3-D programs at various public demonstrations in both black and white and in color.  He was also the first to record television programs on disks and might even be considered as helping to founding the home video entertainment industry.  Many of the programs he recorded decades ago can still be played back today.

Baird introduced an even more remarkable technology that he had been working on for several years calling his invention “Noctovision.”  It employed infrared imaging techniques that made it possible for television cameras to actually “see in the dark.”  This development was an outgrowth of far earlier experiments he conducted using radio waves for what Baird first described as "object detection” technology.  In perfecting infrared television, and other technologies, he developed an entirely new method of scanning and transmitting images that employ techniques remarkably similar to a technology we know today as fiber optics.  In the years that followed many of his object detection concepts were more fully developed and improved upon by others into what we know today as radar.  Unfortunately, his accomplishments in the development of this important technology have never been fully appreciated or more importantly even acknowledged.

At a very early age it was John Logie Baird who had a vision that he would one day develop a process that would allow him to “see by wireless.”  In attempting to achieve this unprecedented goal his life would take many unusual twists and turns.  Early on he became a brilliant and creative entrepreneur and engineer whose fear of living in poverty would initially lead him down a number of unusual commercial and entrepreneurial paths.  Along the way a variety of business exploits involved attempting to create artificial diamonds, warm socks, develop comfortable walking shoes, establishing a jam, marmalade, and mango chutney exporting business in along with a variety of other intriguing ventures.

John Logie Baird is a man whose name you, and many others, have likely never heard before.  The story of this remarkable man and all that he accomplished in his short 58 years of life deserves to be told.

John Logie Baird is someone whose name is virtually unknown to most Americans.  He was a gifted Scotsman who managed to perfect the world’s first working television system.

Baird announced his invention while living in Great Britain in 1924 and a year later provided a well-publicized public demonstration of his mechanical television system at a famous London department store.  The general public, both in the United States and in Europe, was just beginning to appreciate how radio was fast becoming an important part of their everyday lives.  Now they learned that someone had perfected a way that both sound as well as pictures could be sent directly into their homes.

In 1927, Baird was able to transmit television signals clear across the Atlantic Ocean from London to New York.  Only 25 years before, Guglielmo Marconi sent coded wireless messages across the same ocean, which at the time, was universally hailed as a technological milestone that would literally change the world.

Using infrared imaging techniques he developed a means that made it possible for television cameras to “see in the dark.”  Calling his invention “Noctovision”, his basic methods were improved upon by others who perfected what we commonly refer to today as radar.

Before perfecting his television inventions, Baird was a cunning and creative entrepreneur and engineer who worked on a number of unusual and occasionally successful business ventures.  Although you may never had heard his name before, Baird’s story deserves to be told.

Bob Greenlee has been involved in the radio and television broadcasting industry for over 50 years.  He holds a Bachelor’s Degree in Telecommunicative Arts and a Master’s Degree in Journalism from Iowa State University.

Bob first became interested in radio as a teenager and secured an amateur radio license in 1957 and remains an active “ham” today.  Bob met his wife Diane while both attended Iowa State at a time when Bob was managing the campus radio station.   While on campus he worked at WOI-FM as well as WOI-TV and spent three summer breaks working at KMTV in his hometown of Omaha, Nebraska.

After graduation Bob helped to built one of Iowa’s largest advertising agencies in Des Moines, Iowa that specialized in producing ads both for radio and television.  In 1975 Bob and Diane purchased their first AM radio station in Boulder, Colorado.  Two years later they acquired an FM station in Boulder and in the 1980’s Bob purchased an AM and FM station in Omaha.  They also owned stations in Tucson, Arizona and Vail, Colorado.

Bob became involved in local politics while living in Boulder and served on the city council there for over 16 years, acting as mayor during his last two years on council.  In 1998 he was the Republican Party’s candidate for Congress in Colorado’s Second Congressional District.

Bob is now retired but has continued to serve on a number of public and private charitable organizations.  In 1998 Bob and Diane provided a lead gift to Iowa State University to endow the Greenlee School of Journalism.  He is author of a self-published book Life Among the Ancient Ones, the story of a Southwest archaeology project Bob and Diane were involved with near Cortez, Colorado.  The Greenlee’s have two grown children and three grandchildren who all currently live near Boulder.