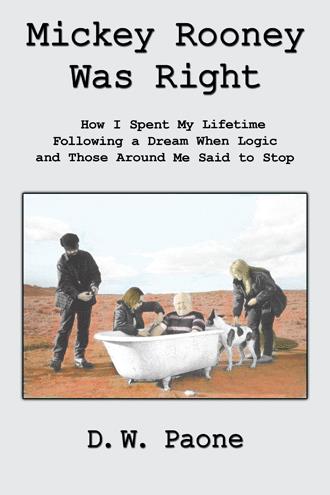 I started Law & Order in December of 1990.  This batch of episodes began the second half of the first season. The series wasn't the pillar of episodic drama that it would become, but it was slowly gaining a loyal audience.
I'll begin with the good things about the job and they were very good. Shooting episodic television is different from shooting features. The pace in features is quite slow, at least on big-budget, studio features.  (Low-budget, "run and gun" features are another story.)  The AD department breaks down the script in terms of pages to be shot each day. If there's a portion of a page, it's calculated in eighths. So a page and a half is really a page and four eighths.
On a feature, the whole day can be spent shooting three eighths of a page. And that's a 12-hour day. Sometimes that three eighths can be a stunt that takes a whole day, but most of the time it's "talking heads" where two characters are talking to each other and nothing gets blown up.
In episodic TV, there's no such luxury.  Every day is at least eight pages.  Sometimes it's as high as 11. Since a one-hour drama was my first experience as an AC with a professional crew, this page count appeared normal to me.
The pace in TV is breakneck and the crews have to be really good in order to "make the day" which means shoot everything scheduled and have it look good. Of course, the most important link in the chain isn't so much the craftspeople but the "above the line" people which are the producers, the actors and the directors.  (Writers are also above the line. The crew is "below the line." I have no idea what the line is or why we're above or below it.)
The Law & Order crew was really buttoned up. I was surrounded by craftspeople who knew what they were doing. Then each episode would have a new director. Some would return a few weeks later for a new episode. Most of them were tops, too. There was no room for indecisiveness or over thinking (although there were a few who got buried some days). They had to have a plan and make decisions so we could get everything done.
We had several high-end TV directors pass through. One was E.W. Swackhamer, affectionately known as "Swack." He directed many classic TV series as far back as The Donna Reed Show. He directed one episode of M*A*S*H. Swack was legendary.
Crews loved him because he would get one good take of a setup and move onto the next one. This is actually pretty dangerous. There's always a chance when the film is developed and the negative printed, there is something really bad in the shot that no one caught or something not right with the performance. Or what if that portion of the roll of film gets damaged? Most directors want to get one good take (a "print") and then one more (a "safety") at the very least. Some want to have several prints to choose from later on. Not Swack. One good one was enough. Even if it was a huge master on location with 100 extras (something that's impossible to shoot again on a TV budget and schedule).
There were times when we'd shoot a "walk and talk," which is two characters walking down the street talking to each other. Usually this is shot with a telephoto lens, far from the action. We did one walk and talk with the actors yards away on a busy street. I was standing next to Swack and I couldn't hear the actors at all. They had wireless microphones on them and the sound mixer could hear them and so could the script supervisor because they had headphones on. Every other director in the business would have had headphones on to hear the dialogue, but not Swack. He either trusted the actors would get it right or he really didn't care. He wanted to finish the day as soon as he could and we loved him for that.

Mickey Rooney Was Right is D.W. Paone’s autobiography with the emphasis on his quest to achieve success as both a writer and assistant cameraman in the entertainment industry.  However, no matter how hard he tried, and he tried very hard, long-term success in both these aspects of the industry continued to elude him.

While he had the opportunity to work on Law & Order and a handful of other high-profile jobs, and even sold a joke to Jay Leno, his career was a roller coaster ride of highs and lows in a fickle industry with no rhyme or reason. This book is for anyone who has attempted, or even considered a career in the entertainment industry, or followed a dream even when logic and those around him said to stop.

Upon graduation from college in 1986, D.W. Paone spent the next 20 years in the entertainment industry, mostly as an assistant cameraman in episodic television, but also as a writer "wannabe" attempting to reach the goal of executive producer of his own TV series.