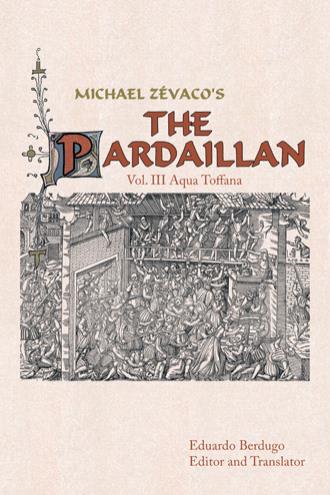 I: Seventeen Years of Pain and a Minute of Joy

At the end of seventeen years the marshal of Montmorency found his woman, Joan of Piennes, after they had been separated by the felony of his younger brother, the marshal of Damville.

He went back to relive, as in dreams, the scene when Damville had lied to him upon confessing that he had been Joan’s lover . . .; his duel with him, when he thought to have killed him . . ., and the desperation of the countess of Piennes, first duchess of Montmorency.

He remembered his divorce, and his marriage to another woman whom he had never loved since the image of the first one filled his heart completely. Then his somber character kept him away from the court where, to the contrary, his execrated brother enjoyed every day of more favors.

The years went by and suddenly a young man, a hero, the knight of Pardaillan, delivered him a letter from that one to whom Montmorency had believed missing forever.

By such a document, Francis learned with ineffable happiness that Joan of Piennes was alive and that she never had betrayed him.

In her letter, the poor woman appealed to her former lord and master and cried out against Damville’s felony, asking for pardon and help for her daughter.

In this third exciting installment of Michael Zévaco’s novels The Pardaillan is filled with more treacheries, palace intrigues, murder plots, which culminate eventually with the greatest tragedy in the history of the world as of that time with the St. Bartholomew Massacre. A “permanent peace” between the Roman Catholics and French Protestants, or Huguenots, invites the later ones to come to Paris. However, it was a ruse and shortly after the marriage of Princess Margot with Henri of Navarre the battle begins, which turned the streets of Paris literary in rivers of blood. But, where are our heroes the Pardaillan?

The knight of Pardaillan continues to court (in his imaginings) the daughter of Francis of Montmorency, Louise, who is seeking to marry her with the Count of Margency. While the old Pardaillan finds himself in the Temple awaiting the most horrific tortures imaginable. Learn about this intriguing denouement in the third volume Aqua Toffana. And learn what happened to the rest of our personages.