Forgetting The Memories: A Caregiver's Journey Through Alzheimer's Disease 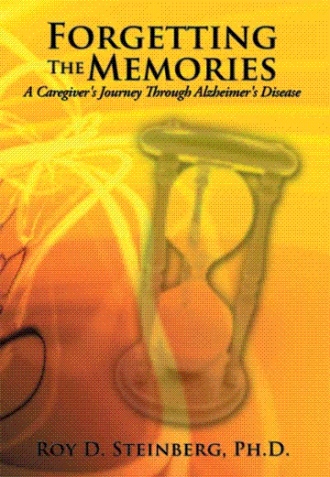 For my mother, music was always more than a pastime. It was a passion. Although she'd never played professionally, she studied piano as a child, and music - classical, the symphony - was a significant part of her life from early on. I can still remember going to the symphony with her, both as a child in and later, when my family immigrated to . Long before I understood what she was doing, how she was building in me the same appreciation she had, I can recall her asking me questions, getting me to talk about the music to which we were listening.

My mother is a diminutive woman, not much over five feet. As a young adult, she was extremely thin, almost emaciated at times. She has short blond hair, which has varied with the style of the times. I have pictures of her when she was in her twenties. She was a gentle-looking woman, pretty in her own way. She dressed casually, but certainly had the ability to dress up for an occasion. My father always bought her the best jewels, but she never wore too much or appeared pretentious.

Her voice, to me, sounds harsh. Not coarse, exactly, but not gentle or mellifluous either. Despite this, she loves to sing. She has always been very musical, and long enjoyed the classics and swing. No matter what I think of her singing, it is from her that I gained my love for music. I always joke that I was born in the wrong era, because I enjoy classical and swing just as much as contemporary and even rock music.

When she was younger, my mother was also a wonderful dancer. At one of my parents' anniversaries, we dined at the , where my father was the chief engineer. After dinner, the musicians played as my parents danced. I vividly remember watching my mother twirling around my father, who was the consummate dance partner, moving with minimal effort, but exuding style. I don't suppose it's a stretch to suggest that my love for ballroom dancing comes from watching them move across the floor with such grace and finesse.

What does this mean, now, when so much of my mother is gone? I'm not sure. But I do know that reflection is healthy medicine. A reminder of what she was like when she was whole. My mother is now 75, truly a shadow of her former self. In my professional role as a geriatric psychologist, I know where she is heading. But that didn't make it easier to spot the first signs of decline. It never is, although we as the family members are usually the first to notice when something has changed, when something has “gone wrong.” For me, that pivotal moment came about eight years ago - but I now suspect that the change may have begun some time before. Looking back at those days, I can see why it was so hard to spot the first signs, the first symptoms of her illness….

My mother's cognitive decline first manifested itself more directly at work. If you knew my mother, this would make sense: Office life was never simple for my mother, at least for as long as I knew her. She graduated law school in and worked as a lawyer, focusing on family law, in the office of a general practitioner. After my family immigrated to , she was never able to get her career up and running to her satisfaction again. Instead, unable to get licensed in this country, she worked as a travel agent, putting her worldly experience abroad and her command of languages to use.

The step down - in income, in status - rankled her soul in the harshest of ways. In , she was a star, a charming woman, a professional, truly a bon vivant. That began to change once we moved to . She had no true friends to speak of, though others worked hard to befriend her. Instead of being a highly trained professional, she was a travel agent - an employee. And she was not happy working for others. She worked for one company for about a decade, and then was forced out, told that Israelis could only work for a specific period of time so as not to encourage emigration out of . I never knew if this was truly a company policy or simply a way to get rid of “troublemakers.” But it didn't matter. She got another job, with a different agency, but that one only lasted for a short while. Finally, she ended up at a small agency, a start-up headed by a woman who was a client of hers at her previous agency. Evelyn, the owner, worked hard to befriend my mother, and I've always suspected that she gave my mother the job primarily out of her sense of friendship. Evelyn was more reflective of my mother's style. A delicate woman, she stood tall th

Alzheimer's is a devastating disease, robbing its victims of so much of themselves before the end. For caregivers facing this disease, a diagnosis of Alzheimer's disease can sound like the ultimate tragedy, the disease that will rob us of our loved one by inches. It doesn't have to be. While Alzheimer's and related dementias are serious and not easily understood diseases, a new guide can help families negotiate the difficult scientific, emotional, and practical issues of dealing with the disease.

In a moving and easy to read format, Dr. Steinberg has laid out a true caregiver's guide to dealing with Alzheimer's disease, from the first signs to the final stages. Incorporating science, real-life case studies from his practice and from his extensive experience as a nationally recognized seminar speaker, as well as from his personal journey coping with his mother's illness, Dr. Steinberg leads the reader through a learning and healing process.

In a candid and personal sharing of his experience, Dr. Steinberg helps the reader clearly understand what to expect, when to ask for help, how to cope with the changes and the inevitable pressures within the family, and how to continue to love as a loved one's disease threatens family stability and well-being. With his profound knowledge of the disease, its treatment and manifestations, and his great love and tenderness as the son of an Alzheimer's patient, Dr. Steinberg has created a truly memorable work.

ROY D. STEINBERG, PhD, is a geriatric psychologist in where he maintains a private practice devoted to serving older adults and their caregivers. He received his PhD from the California School of Professional Psychology at , and is licensed in , , and . Dr. Steinberg provides evaluation, consultation and psychotherapeutic services to older adults in nursing homes, assisted living and medical facilities. Dr. Steinberg also provides consultation, educational, and counseling services to families and other caregivers of older adults to facilitate understanding and coping with the process of dementia.

Dr. Steinberg is a highly sought out expert in the field of geriatric psychology for diagnosing and facilitating treatment of individuals with Alzheimer's disease and other forms of Dementia.

Dr. Steinberg has been featured in numerous media venues, including television, radio, and print, and is a nationally recognized speaker for professionals and laypersons, focusing on the assessment and treatment of individuals with Alzheimer's disease, and increasing the attention on caring for the caregivers. www.caregivingforcaregivers.com