What We Can Learn from Our Mother of Sorrows 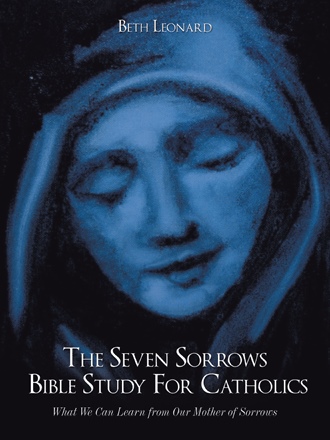 The crucifixion was foretold in the Old Testament, revealed and fulfilled in the New Testament, and is integral to our Catholic faith and tradition. We will study some of the symbolism, signs, and representations that link this day to historical writings, New Testament Covenant, and our present day liturgy. You might say that this sorrow, in essence, sets the very table at which we, who were not worthy before Christ, are now made worthy to be "called to his supper."

With all the instruction that lays ahead of us, let’s look to our mother, Mary, for guidance and clarification. Allowing Mary to take us back to the foot of the cross, she will teach us what we need to understand and lead our hearts to pray along with her.

Mary at the Foot of the Cross

Mary was there, at the foot of the cross, looking up in anticipation and helplessness at his bleeding, suffering, and thirsting body. Wondering, now, if what she just witnessed could somehow be a nightmare. Flashbacks would ensue of the arrest of her innocent son. Then to his submission to being scourged and beaten beyond recognition, crowned with thorns, mocked, tormented, stripped and spit upon. She watched as he embraced the cross for us, fell under its weight, and was led to the slaughter like a lamb. Then she felt and heard the deafening sound as the nails sliced through his hands and his feet. She would cringe as His body was hoisted in the air and jolted into place, as she knew the pain would be unrelenting now. Every breath would now be laborious and more difficult with time. Even his garments would cause discussion among the four soldiers and eventually they would choose to cast lots for his seamless tunic. Mary would watch, listen, and pray as her Son was made a spectacle of, wondering when God would take their Son home. He would suffer for hours before she would finally watch him die and, through all of this, she would never leave his side.

No matter how much she knew about this day and no matter how Jesus may have carefully and lovingly prepared his mother for his brutal assignment, it must have been an overwhelming site to behold. Can you imagine a worse sting to your heart? The fifth arrow would have found no rest, but would have sought to relentlessly wound her, as never before, in a place she had not known to exist until this moment. This sharp and penetrating arrow no doubt drilled deeper and was more pervasive than any other. How could it be any other way? What pain for a mother could ever measure to this? Fresh tears would have filled her eyes, as reality of everything that was happening to her innocent Son would come to the surface. Yes, she would have been strong and would have placed her unquestioning faith in God’s ultimate plan, yet she would weep for her beloved Son and the Savior of the World.

Do you think it possible, that it may have been at Jesus’ hour of death, that Mary would come to understand her unique gift from God? Then she would ask His permission to commit herself to her Sons followers that we also may never know death without her comfort and fervent prayers. What a loving Mother we have in Mary, who would extend similar consolations to us, the lowly sinners.

Holy Mary, Mother of God, pray for us sinners, now and at the hour of our death.

and her 6th grace for us states:

I will visibly help them at the moment of their death; they will see the face of their mother.

Yes, I want this woman, who honed her skills of compassion and comfort on our Savior, to be at my side! I long to see the pleasing comfort in her face and to hear the prayers she declares for me and utters with me as I transition from this death to everlasting life. I pray this also for you, and know that we can trust that Mary will follow through. Just as she did for Jesus, she too will do for us.

Think of some ways that you have been honored by someone’s presence in a time of need. Did you realize their importance immediately or did the significance hit you later? Explain.

Simply by their nature, some professions or jobs will confront more people at their hour of death than the normal human being will ever witness. Medical fields, caretakers of the elderly, police, firefighters, priests, and our enlisted men and women all have been called to a mission that may require the extraordinary. They may be given the chance to hear-out and give comfort to God’s child as they pass over to eternal life. 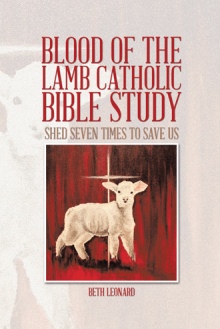 Praise for The Seven Sorrows Bible Study for Catholics This book is a great integration of theology and every day living. I recommend it for all who want to bring new depth to their spirituality. It is rich in our Catholic tradition. - Reverend Robert Sims, STL, MA “ Fr. Bob” Beth Leonard offers a thought-provoking look in to the loving heart of our Blessed Mother.  A great way to deepen your appreciation for all that Mary does for us—and enhance your familiarity with Sacred Scripture, too! - Ken Ogorek, Evangelium Consulting Group, www.evangeliumconsulting.com A beautiful book with many insights into the sorrowful heart of Our Blessed Mother and the Passion of Jesus.  This bible study opened my eyes and heart to see Mary in a different way in her unique role as mother of Jesus, bringing me deeper into the heart of Jesus and Mary.  - Sharon Teipen, Catholic Radio Indy “Participating in Beth Leonard’s Seven Sorrows of Mary Bible Study has given me a deep spiritual awakening! Her thoughtful insight leads us straight to the heart of Mary leading us closer to Jesus.” - Christine Moss Creator, co-host and author of Awaken to the B.E.S.T. The Seven Sorrows of Mary is a daily prayer that was handed down to us from Saint Bridget. Using these sorrows as our template, we find them in the New Testament writings and then trace them to Old Testament prophecies and accountings. You will be amazed at what Mary teaches us as we delve into the Word of God to uncover the clues to her mysterious sorrows. On the surface, Mary’s sorrows may seem like an exercise in remembering our Lord’s sacrifice, but Mary teaches us so much more through her perfect humility and unwavering faith. Our study will reveal the history and purpose of the sorrows and how we can use these teachings to aid in our daily struggles, more deeply root our position with Christ, and enhance our own Catholic tradition.

Beth Leonard is a cradle Catholic who has studied, and fallen in love with, the books of the Bible. The more she studied the historic writings, the stronger her bond became to the Roman Catholic Church and its teachings. She found a new energy and beauty in the beloved Mass and a deepened respect for the wisdom and prudence of those who first established the Catholic doctrine and for those who are responsible for its vitality today. Beth lives with her husband, Bill, and two daughters, Sarah and Moira. They reside in Carmel, Indiana.