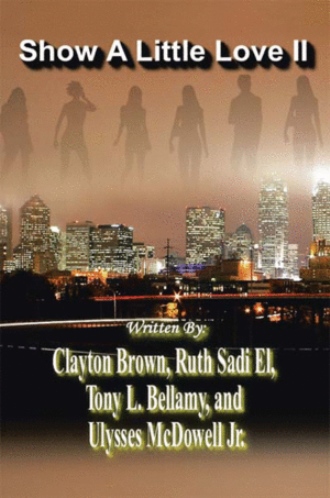 Her car was next to his at the traffic light. Chris's eyes were on the traffic when she pulled up and surprised him.

“How are you doing, Candace?” he responded to her bellowed bawl. A bizarre feeling came over him. It seemed as though everywhere he would go, Candace would be there.

She lifted her sunglasses and gawked for a moment.

“Fine, and how are you doing, Chris?” she grinned with a perplexed smile.

She was fine --no doubt! It was too bad she was his wife, Belinda's, best friend and the matron of honor at their wedding.

“I'm okay,” his nod clearly indicated he was speechless.

“Pull over at the gas station! You got a minute?” she abruptly hollered, and then pointed toward the service station.

“Oh, okay Candace,” unbridled thoughts entered his mind, and whatever she wanted was yet to be said. Immediately, he whipped his car into the service station behind her.

Candace appearance was superb; her hair was straight, brown with blond streaks; it was rolled underneath and rested on her shoulders. The rays from the sunlight glistened the blond strains, and her gorgeous smile intensified her beauty. Not only was she Chris's wife's best friend, but she was also the wife of the preacher that married them --Elliot. Now if that don't beat all, because she sure didn't look like a preacher's wife.

His legs trembled as he strolled over to her with his arms eager to give her a hug.

“Girl what's been up?” he said, while a breath of fresh air seemed to have glided down his esophagus.

Instantly, her soft voice fixated his brains. Her lips moved, but her words slithered by him while he thought about the possibility of an impious affair. A daze came over Chris as he watched her hair shimmer from the bright sunrays.

Her reaction revealed the aroma of his cologne had seeped onto her --she loved it; her eyebrows lifted as she inhaled a deep breath of his fragrance. Chris didn't wear any of that cheap stuff like Elliot; Elliot's Z-14 could be smelled a mile away. After they hugged, he assumed it felt just as good to her as it did to him. It was breathtaking to have her soft skin pressed against his body.

“You sure are looking good Candace.” Chris's eyes roamed her voluptuous body; he was captivated --overwhelmed to be in her presence.

“Thanks Chris, and so are you,” calmly, she responded --which was totally opposite to his disposition. Then she began to fidget in a schoolgirl fashion.

“Where are you heading off to?” he inquired, just to generate conversation.

“I'm going to the store to pick up a few items,” Candace twirled her car keys in her hand, and looked at the ground, but quickly resumed eye contact with him.

People walked in and out of the gas station to pay for their gas, others were at the pumps. Chris and Candace were parked off to the side, away from the pumps and the store. Everyone else's lives continued at its normal pattern --theirs had come to an unexpectedly, but pleasant halt. He was lost for words, but managed to say something.

“Oh, okay. Haven't seen you or Elliot around lately.” That wasn't the truth. From time to time he'd see her somewhere, but it would be from a distance.

Why was he seeing so much of her?

“I know right, not since the party huh?” she agreed with enthusiasm, while a dimple forced its way out of her right cheek onto her face.

“Yeah, that was some party,” he lulled with sheer delight. “You really know how to throw a party girl.”

“Thanks Chris,” she embraced his compliment and turned to give him a full view of her body. The upper portion was petite, but from the waist down, she was toned like a track star. Candace had muscular thighs and sexy calves; she had it going on.

“Everyone seemed to have had a good time,” he massaged her ego.

“And their costumes were so elaborate,” Candace uttered.

“Yep, I never did find out who that woman was.”

“What woman?” she interrogated.

“The woman that dragged me on the dance floor for a slow dance.”

“I'm glad the lights were dim and Belinda was at the pool area,” Chris said, but noticed her grimace when he mentioned Belinda's name.

“You think she would have gone ballistic on you?” she asked.

“I don't know, but the way the Cat Woman costume fitted that woman, I'm sure Belinda would have been slightly jealous.” 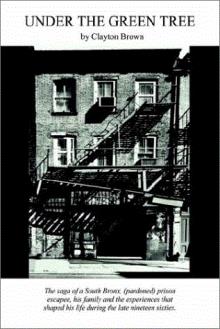 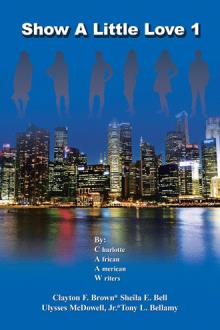 Revenge, is a nasty tool when it comes between friends, and their love ones. The price of vengeance is estimated through Candace's actions towards her long term friend, Belinda's husband. The magnitude of friendship is truly measured when tragedy falls upon the crew of four gorgeous young ladies.