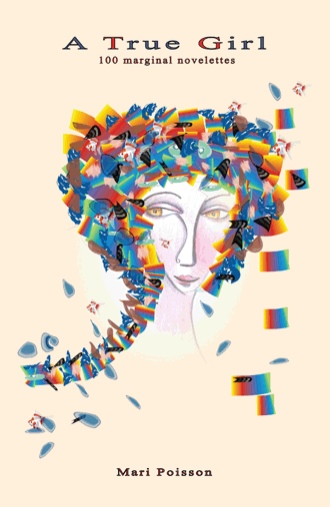 100. THE DIVINE GARDEN OF THE DEAD Everybody should go through the experience of death at least once. Everyone, who has once experienced death, knows that death, as we visualise it, is an illusion. It doesn‘t touch us, it touches only our body. Where do we go next? What happens when we come back and are born again? Believe me, if we knew that, we would get rid of the death fear for ever and ever. Epicurus once said: What is death for me? While I am here, there is no death and when death comes, I will not be here. Consciousness is not born and so it cannot die. Consciousness exists on its own. When our body dies, we still are here. Till I have a body, I must take the responsibility of my own existence. I have to be responsible for the consequences. Such is my fate. When I lose my body, when I die, I would very much like to stay in the Divine Garden Of The Dead in Rome. That would be a great honour for me. I would like to rest near Rose Bathurst, the prototype of the heroine in the novel A Story of Rose Bathurst by an Italian writer G. N. I had read somewhere that she was a very young daughter of an English diplomat, who disappeared during one secret mission. She drowned in the Tiber. Rose Bathurst. Mari Poisson. Oh. How nice... Once, when I was still alive, I was walking through the Divine Garden Of The Dead. When I came near Rose Bathurst‘s grave, all of a sudden I saw an old, but slim and tall, and exceptionally pretty woman. She was wearing black clothes and a black hat. She looked so unbelievable,so unreal, as if she were an eternally mourning mother, broken by the loss. 170 years have passed since Rose Bathurst‘s death... I thought I could not drown, because I was a fish. At the same moment I silently decided to change the epitaph on my dream grave. The inscription will be: Mari Poisson. A True Girl.

The true girl is old, but at the same time she is a teenager, too. She has died, but now she is living her second life. She often dwells on the words ”Work as a man, live as a woman”, written on the card, which is stuck on the mirror in her bathroom. She lives alone, but she has some sane people around her, who do their best to make her normal. She is trying hard to be normal herself, but at the same time detests being normal, either. She pretends everything is OK, but she is not so calm and self-confident as she seems to be. She has dedicated her life to falsification. Every day she transforms herself from a housewife into a writer. Oh, I have forgotten to mention she likes Nietzsche’s saying “Become what you are”, which a funny woman Anabelle has engraved on the ordinary wine glasses, though secretly she is fully confident that a basic truth lies in a simple sentence:” To be and to look is one and the same thing”. She has a teacher Lora, who is really very old and at the same time very odd. The true girl believes Lora is the devil but she still wants to be as Lora is. What a shame!

Mari Poisson poetess and prose writer, lives in West London with her husband. She is the author of three books. Her first book "Two-way traffic" awarded for the Best Poetic Debut of the 1988. "A True Girl. 100 Marginal Novelettes" translated from Lithuanian by Gražina Nemuniene.