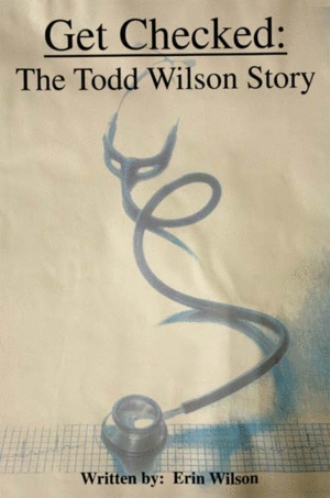 Chapter 1 Meet Todd Todd Wilson was born on November 23, 1984. He was a true blessing from God. His mother, Carolyn, and father, Charles had tried for several months to get pregnant without any luck. Their pastor prayed over them one Sunday morning and God smiled down on them. God gave them Todd and later on Amanda. Todd grew up and became a volunteer firefighter like his dad. He graduated high school in 2003 and got a job with his dad at Southwire. He loved hunting, fishing, and after we met he loved to go horseback riding with me. He enjoyed hanging out with his friends. I don’t know much about his life before me. From what little I’ve heard I believe he was a good kid. I’m not one that believes in love at first sight but I loved Todd the first time I saw him. Todd was saved at Judgment Journey in 2007 and baptized at Big Springs Baptist Church in 2008. He tried to live the right way. He had always been the type of person that would give the shirt off his back if someone needed it. He was a good man and didn’t deserve to die with cancer. He shouldn’t have had to go through the things he did at the end. It just goes to show that we never know what our fate will be and we better be ready to go when God calls us. Todd was ready to go. He just thought his time wouldn’t come up for another 50 years or so.

This book tells the events that lead to my husband's death. He passed away July 30, 2009 at the age of 24 years old. He died as a result of testicular cancer. This book goes through his life before we met, our life togther, his accident, the diagnosis, and his death. It also covers our 35 days in the hospital and a few facts about testicular cancer. The primary goal of this book is awareness.

I am Erin Wilson. I am 24 years old and I'm a widow. I watched my husband's life drain away within 35 precious days. I have been through an emotion rollercoaster ride in the past few months. This book is my way of healing and bringing awareness of testicular cancer. I am trying to regain my life and my passions. I love horseback riding and fast cars. My husband and I never had any children but we did have two dogs. My dogs are my companions and they give me comfort. I lean on God and trust Him to know what is best. As an Alabama girl I am country to the core and don't mind speaking my mind. I like to have fun. I will miss Todd dearly but I know he is proud of me for the way I am handling his death. I don't let it get me down and I think he died to save another man's life.