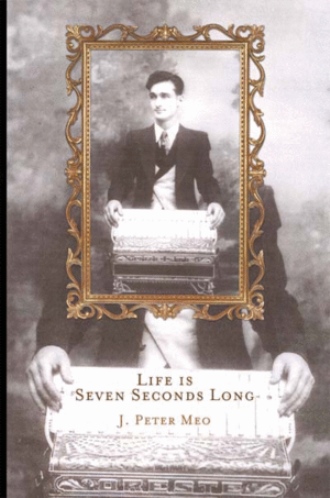 While walking to the fields, Picco had noticed a body of a girl in the stream that cut through his family’s land. He jumped in and pulled her to the side of the stream. He noticed how young she was and how pretty her eyes were although they stared at him without seeing him. Running back to the house and quite out of breath, he told everyone what he found. Immediately, bells were ringing, women were screaming, farm animals, geese in particular, were running in front of everyone, and dust was everywhere! It was a chaotic scene. Bad news does travel fast even 100 years ago.

The body of the young girl was 16 year old Dominica Porto.  She was a lovely girl, black curly hair and full lips. She lived about three miles away.  She became pregnant out of wedlock and in order not to shame herself or her family, she committed suicide by drowning herself in the river. She put rocks in her apron. This was a common practice in the “olden days”. Many young women would rather die than to shame their parents. Anna Bertoia, Picco’s mom came with a wagon and some blankets and all her boys. She would get a nice dry outfit for Dominica before her mother came. Anna knew her family well, she did not want her mother to see the body all disheveled. She had sent her daughters to get the Porto family. Of course, the girls were telling everyone they met what happened on the way way through town. Now everyone was coming in over the field and roads. This was an “event”.

This book is about the love of family and the truly remarkable  adventures that goes along with life. About the sacrifices a young man made to give beauty back to the world. "Life is ten seconds long and you will be lucky to live seven" resonates throughout the tragedy and triumphs of an Italian immigrant family. Unlike the stories of millions of people in the early 20th Century, this young man was never bitter about how tough his life was and the burdens he carried. He inspired his brother who inspired the world with works of art that continue to have an impact.

The readers will discover how precious every second is. It will make you laugh and cry.

J.Peter Meo lives in Michigan with his wife Maria and their five children. A second generation Italian American, he is a graduate of Madonna Catholic University in Livonia Michigan. John has found the time and has kept his promise to "write it all down". He has told his kids these stories and now wants to share them with the world. "Is this true?" is common for people to ask when telling his family stories to friends.

John is the "family historian" and tries to keep the traditions alive. He enjoys cooking the old recipes, sometimes they work, sometimes they don't!  Making wine, celebrating life and sharing a good meal with family and friends is what he loves to do. He struggles daily with the simple life and how to work the DVD.