West of the East Coast 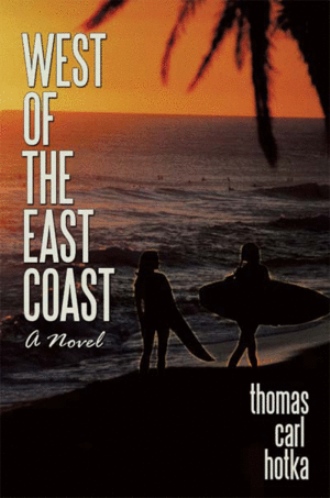 Help at the café consisted of Mrs. Starburger flipping patties and one waitress making her way around the room. After giving her order, Aston looked for a newspaper to peruse. A stack at the corner of the L-shaped counter caught her eye, but they were all old classified ads.

Recognizing what looked like the remains of a front page wedged against the wall, Leslie gave a yank. “This help?”

Aston glanced at the article. “Those Russian bastards let that bitch circle the earth forty-eight times.”

Leslie nodded. “She spent more time in space than all of our astronauts put together.”

Aston held up her hand. “Wait a minute—we got pay dirt.”

Aston pointed to a small headline. “President Kennedy is planning a trip to later this year, maybe in November.”

Aston continued paraphrasing. “Kennedy met with Vice President Johnson and Governor Connally at the Cortez Hotel in to discuss a trip. They agreed that the president would pay a visit to , , , and in late November.”

“What are you thinking?”

“The state of is an ideal battlefield for me and that barefoot bastard.”

“Aston, you can’t be serious. Kicking the shit out of a college professor who hung an F around your neck at is one thing; assassinating the president of the for a perceived injustice that happened two years ago is another.”

“Kennedy’s refusal to meet with the Mercury Thirteen was strictly business, I know, but his later comments to Werner Von Braun, that German rocket guy, revealed his true feelings toward women.”

“Word for word: ‘Feminine companionship might be worthwhile for our astronauts. If they like, we’ll reserve one hundred and twenty pounds of payload for their recreation equipment.’”

Leslie stared at Aston in disbelief. “He said that? He said that? Then you might as well stand in line, a long … long … line. The Cubans, the Russians, the mob, the CIA, the FBI, heck … most of the large corporations in want to see him on a cold slab for being soft on Vietnam.”

Every summer the population of college-age kids explodes in Southern California. Some come for opportunities on movie lots and recording studios. Others migrate for summer jobs at Disneyland or Knott’s Berry Farm. A few are simply on vacation. Most arrive in the chaotic land of tinsel, fruits, and nuts to hit the beaches and party.

Fraternity brothers Robert, Kevin, and Benjamin return to Disneyland for a second summer. Working at Carnation Plaza Gardens, friendships are made with Tammy, a grunion hunter and powder skier from Utah, Dave, a volleyball player and mountain climber from Kansas, and Jed Bob, a rockabilly guitarist and “slap-back” bass player from Texas. Extracurricular activities include beer drinking at the French Quarter in Anaheim, bodysurfing at “The Wedge” in Newport Beach, and side trips to Tijuana, Catalina, and Hollywood.

Most of the kids pack light, but a few make room for heavy baggage, including their own demons of obsession, deception, and manipulation.

Aston, a former First Lady Astronaut Trainee in Albuquerque, is one of the young people with lots of baggage, including a working “hit list” of six names. She along with her best friend Leslie, an Eastern Airlines stewardess and American River whitewater guide, run into Robert, Kevin, and Benjamin at lunch in Big Sur. They meet again at Disneyland, where the girls are taking a break from surfing the pilings at the pier in Huntington Beach.

During their time together, there is no mention of Aston’s list or the name at the top of the list----President of the United States John F. Kennedy.

Thomas Carl Hotka was born in Pocatello, Idaho, and graduated with a degree in history from the University of Oregon. During the college years, he and two fraternity brothers spent the summers of 1962 and 1963 working at Disneyland in Anaheim, California. While working at the Southern California resort, rousing times were spent at the Village Inn on Balboa Island with Rock Hudson, at the Waikiki Club on Catalina Island with John Wayne, and up in Hollywood with a relatively young Jack Nicholson at his place on Fountain Avenue. Good times were had by all. Upon graduation from college, Hotka joined a large business consulting firm with a regional headquarters in Los Angeles. Promotions sent him to Sacramento, Salt Lake City, Dallas, Texas, and finally to the company's Kansas City, Missouri office. After thirty years, he retired from the firm to relax with his family, travel, and write a novel about his experiences working at Disneyland. He lives year-round on Kansas City's Country Club Plaza. West of the East Coast is his first novel.