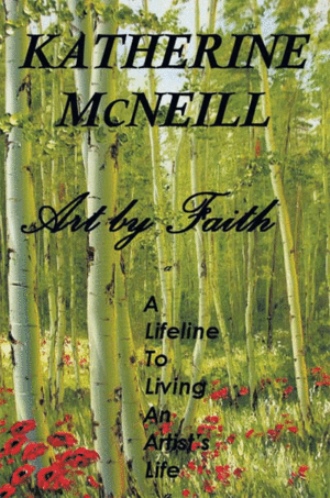 The invitations were mailed and the local papers announced Katherine’s new collection exhibit at the gallery in Beaver Creek, Colorado. A special exhibit or opening could be fun but usually meant a long, tiring day. Katherine and Bob didn’t mind the drive from their home in Castle Rock, but they left early to arrive by 10:30 am. Katherine demonstrated her painting for most of the day. At 6 pm they called it a day and went to rest at their hotel before going to dinner. It wasn’t an especially eventful day but having a good dinner together was always special to Katherine and they left the restaurant satisfied, with arms wrapped around each other. Suddenly and without warning, Bob lost his balance. “Honey, are you alright?” There was no response. Another step or two and again Bob faltered. Alarmed, Katherine asked with a sense of urgency, “Are you okay, you are acting funny?” Wanting an immediate response, she continued, “Honey, are you having a stroke or a heart attack?” Bob wanted to reply but instead just offered a blank stare and motioned to a park bench. They stumbled together to reach the bench and sat down, he collapsing in her arms. There was no one else around and she sat holding her sweetheart in a state of shock. It seemed like an eternity passed when a security guard came upon them and asked if everything was okay. She wanted to scream “get help” but calmly replied, “My husband is having a stroke or a heart attack.” He immediately called 911 and help arrived in minutes. The paramedics took charge and could only get a 34 reading on Bob’s blood pressure. Katherine’s world was turning upside down and the thought of losing her husband of nearly 50 years sent her into a state of hysteria. Not knowing what to do, she ran back to the gallery shouting, “I’m losing my husband, I’m losing my husband.” They immediately came to her side and ran back to where the paramedics were still checking Bob’s vitals. She called her family. All the children were out of town. One son lived in South Carolina; the other was en route to Jackson Hole, Wyoming. Her daughter was in Michigan on vacation with her husband, Christopher. Her world was crumbling around her and no one answered her call for help. Finally, her granddaughter, Alexa, answered the phone. The words just spilled out. “Alexa listen to Mimmie. Don’t say a word. Papa has had a stroke and I need you to get a hold of your dad right away.” Little did she know her granddaughter was with a high school prayer group and they immediately started praying for her Papa. More phone calls were made. There were so many who needed to be reached. It was exhausting. The adrenaline raced through her body and she was on overdrive but she couldn’t talk when she finally reached her sister, Shirley. One of the paramedics took the phone and explained what was happening. She and her husband, Don, left immediately for the Vail Valley hospital, nearly two and half hours away. The ambulance took Bob, with Katherine in a state of shock hovering over him, to the hospital. She prayed silently that he would be okay. As soon as they arrived, he was rushed off for a CAT scan and other diagnostic tests. She sat in the separate room alone in a catatonic state, praying and praying. “Please Lord don’t let him be a vegetable.” She pleaded and prayed like never before. “God please if you have to take him from me, do so but don’t let him be a vegetable.” As clear as a lightning bolt flashing across a night sky, Katherine heard the Lord speaking in the most profound voice. “He will be alright.” At that moment, the doctor interrupted Katherine’s prayers and said, “Mrs. McNeill I need to speak to you and your husband.” By this time, Bob was wheeled back to the emergency room. She could clearly see he was completely paralyzed, could not speak, and staring in her direction as the drool dripped from the corners of his mouth. The doctor asked Bob to squeeze Katherine’s hand if he could hear the doctor, which he did. The doctor sat Katherine down next to Bob and held their hands and delivered the news, “Mr. McNeill you had a major stroke. Because we know approximately the time of your stroke we can give you a clot-buster drug to dissolve the blood clots that caused the stroke. You have to have this shot within a three hour time period and because of your health history we have this option. But the chances of hemorrhaging are 36% greater, and if you hemorrhage you could die. If you don’t have the shot, the chances of your getting better are 33%, and 33% you will stay the same or 33% chance you will die.” Of course Bob could not reply, and Katherine was in such a state she just looked at the doctor and said, “I can’t make this decision on my own.” She didn’t want her husband to die and her tears streamed down her face. Before anyone could say anything else, the Lord spoke again in a distinct and profound voice. She heard it before. “DO IT. ”In the Lord, put your trust. - Psalms 11:1

This book is an account of an extraordinarily gifted woman who faced life’s adversity with hope and tenacity. She followed her dream and stayed true to her faith even when her uphill battle seemed futile. The fortunes and misfortunes experienced by Katherine and her family during their lifetime are not all that uncommon but her resilience and determination fed by the love of Christ is inspiring. Her story is based on her defeats and victories as a woman, mother, wife, artist, and Christian. From an early age, she was not destined to an ordinary life but one that was filled with gifts of joy and the anguish of hardship.

Her story is presented from the perspective of a fighter – a woman filled with courage and deep conviction for accomplishment and success in the competitive field of art. She was compelled to act under the guidance of her Christian faith and supported at every turn by her family and friends and lovers of art. Between 1960 and early 1980, her life as a new bride and mother struggling to make her debut as an artist was fraught with economic and cultural change. Taking one step forward often meant two steps backward yet her will to fullfil her destiny persevered. The life of an artist combined with the responsibilities of motherhood and wife requires extraordinary effort and focus, and in her case, a lifeline to the Almighty. Her strong faith in God never diminished, and her childhood dreams to be an artist and please those around her with beautiful artwork never faded even on her darkest day.For those who use adversity as an excuse for failure, Katherine reminds us that life is what we make it. The choice is there for each of us to make and the freedom to be the best we can. Even today, she continues to live her life to its fullest, satisfying the need to create while listening for answers from the Holy Spirit to conquer events that seem insurmountable. Her story, perhaps similar to your own, is a testimony honoring those who stand by our side, about real people and human spirit, and the guts to fulfill a dream.