A Look at it's Beginnings 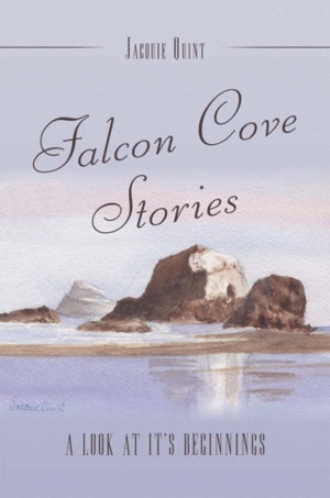 “You’ll never believe this, but our crab just stood up in the pan, stepped out, walked across the stove and fell to the floor. What’ll I do?”

“What kind of a pan are you using?”

“The largest frying pan we have, filled with water. I used some tongs to lift the crab up and dumped him in.  I turned the heat on and using the tongs I tried to hold him in there. Obviously, that didn’t work.”

“He’s made it clear across the kitchen and to the door.”

After being raised in a second story flat in Chicago, the opportunity to attend college in Pullman, Wash. seemed like a dream. At sixteen I was sent to live in Spokane, Washington.  An aunt had offered to house me for my senior year of high school thereby fulfilling the state residency requirement.

After two years at Washington State College I transferred to Marylhurst College in Portland. In those years, one only needed three years to teach. I finished my degree at night and summer school during the next few years.

As a young woman, the mountains, forests, and the green of western Oregon had entranced me and I vowed to stay in the west. I taught four years, married and moved to Eastern Oregon. After a couple of years we returned to Portland.

Our family expanded to include three boys and two girls. My writing ideas began with my children doing or saying something cute or funny.  I would jot the punch line down on a small piece of paper and put it in my desk drawer. As the children grew and I had more time, I began taking writing classes one afternoon a week. I had so many story ideas from my children I still haven’t emptied the drawer.

These stories are about Falcon Cove Beach where we built a beach house shortly after our marriage.  All of our children spent their childhood vacations here year after year. Husband Tom Burns died of a heart problem after eighteen years of marriage. After seven years of teaching I remarried.

Walter Quint and I moved to the beach as the last child left for college.

Some of the stories are about our neighbors. The names may have been changed so as not to embarrass them.