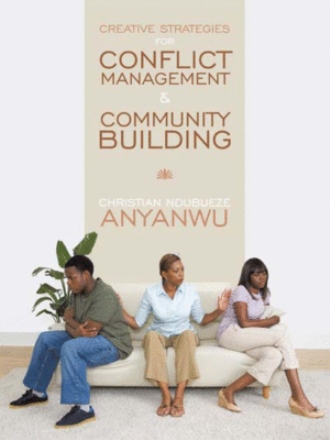 Ethnic conflicts in Nigeria as in many parts of the world have attracted the attention of scholars of different ideological persuasions and academic pedigree but without the linkage of the Asset Mapping theory as a strategy for conflict resolution. This book is a new contribution on how to minimize conflicts within the Nigerian context.

Besides, many conflict management theories have been proposed and tried out to understand and to manage problems that accrue from ethnic differences. It is assumed in this book that these theories are so limited that they cannot contain ethnic conflicts and guide groups to peace and unity, because they are negative socially and psychologically. Only theories that are positive in nature and effective in scope can deal with rampant ethnic differences.

It is  assumed in this book that Asset Mapping theory, which identifies and characterize the natural gifts and treasures of groups of people, can provide positive approach to ethnic differences. In Asset Mapping theory, conflicts are not derived as problems but as opportunities, not as blocks but as stepping stones.

The author employs the trio concepts of   Collaborative Communication, Asset Mapping and Asset Mobilization to develop his own strategy of   building what he calls collaborative communities in organizations and Churches where conflicts can be minimized.

The central questions posed in this book are:

?    How and why the traditional conflict management theories are inadequate to address ethnic difficulties?

?    Why should the application of the Asset Mapping theory be the best strategy for minimizing conflicts?

?    How can the Asset Mapping theory be used as a strategy for building a strong and collaborative community?

1.   Assets lie within all Ethnic Communities. The more you map out and mobilize these assets for a common purpose, the more ethnic conflicts can be minimized and the more a strong and collaborative community can be built in such Communities.

2.         Building a genuine relationship of trust among ethnic communities and putting more emphasis on common cultural assets among groups in the communities is important to reduce prejudice, turn differences of ethnic groups into opportunities and increase inclusivity, commitment and consensus, which are the ingredients of a collaborative community.

This book, in applying the asset mapping theory of Kretzmann and McKnight (1993), developed a positive communication strategy for minimizing conflicts and building a more Collaborative  Communities in Organizations and Churches, with much emphasis on inclusivity, consensus and commitment to common vision and ideals.

Christian Ndubueze Anyanwu is a Catholic Priest ordained for the Diocese of Port-Harcourt, in the South of Nigeria. He obtained a Doctoral Degree (Ph.D) in Communications from the Gregorian University, Rome in 2009. Before then, he acquired his Bachelors of Science Degree (B.SC)  in Social Science, as well as, a Masters (Licentiate) Degree in Social Communications at the same Gregorian University, Rome.

Fr. Anyanwu is an experienced Journalist whose research interest is on the "Media and Conflict Resolution."

Before going for further studies in Rome, he had worked as the founding Editor of the "Catholic Link," the newspaper of the Catholic Diocese of Port-Harcourt. He has also worked in the "Tablet," one of the leading Catholic newspapers in the United States owed by the Catholic Diocese of Brooklyn. As a newspaper columnist, Fr. Anyanwu’s articles which appear fortnightly in the "Catholic Link" newspaper under the title "Thinking Corner" are widely read in his home diocese of Port-Harcourt. He has also written many scholarly articles in international journals and newspapers.