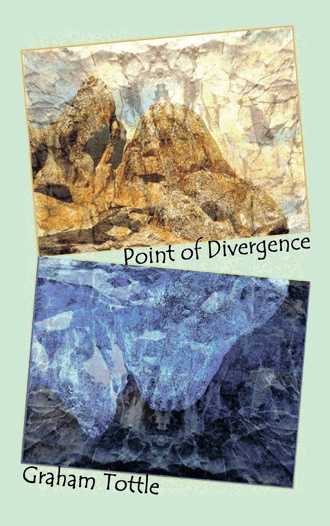 Trawsfynydd was a Magnox AGR gas-cooled nuclear power station.. The crossing from it was due and the guests convened. There was a buzz of cheerful, anticipatory social noise. Tilley had had a light valedictory lunch, with one glass of Brouilly Fumeé '02. A hush grew, and Prof Stag tapped on his lectern.

"Ladies and Gentlemen, the time has come to wish Tilley bon voyage. Raise your glasses please. To George Tilley and Transgap; a swift  journey and a  safe heturn."

There was a murmur of warm assent. Tilley had already keyed in his password on the machine. The talking brain was on his back in a haversack. Every joint in his body seemed like jelly, then strengthened, till he felt dry-mouthed, taut, ten feet tall and ready for anything.

He pressed Enter, grasped the two spheres with his eyes shut, and waited. Silence.

Tilley opened his eyes and looked at the screen.

"Surely it shouldn't be case sensitive," he said.

"That's right. How the hell can we make the same mistake twice?" asked Stag.

“As I've explained several times, this is a field trials version,.. ."

"Okay, Okay, Okay." said Stag. "It's a field trials rhelease. So you must have left it in  duDebug  mode, I guess? So set it now to override the pupassword. Let's gugo."

Suddenly he found himself flung sideways, and twisted desperately to protect Sseru. He looked around. No curtains, no buffet table, no people. Through panoramic windows he saw the lake. No longer a sparkling day, but grey, the beginnings of a westerly gale whipping incipient wavelets on the surface into white-capped motion.

How was it that on 26th June 1990 in Saddam Hussein’s office high above Baghdad our universe was split into two parallel universes. How may our team persuade DFID, (Uk’s Ministry for International Development), to fund an attempt to bridge the gap between the two universes, to squirrel three people through the hole, and to try to rescue the other universe from an unspeakable tyranny driven by technology. How will the Lord Tite-Barnacle, directly descended from Dickens’ hero, dive from one to the other in 2019. How will he find his true love? Or lose her?

If you love sailing. Or diving. Or technology. Or adventure Or freedom. Or Africa. Or the environment. Or Global Cooling. Or Lady Tite-Barnacle. Then you’ll like this book.

After reading history at Cambridge Graham spent five years in the Uganda Civil Service, in the South Western mountains. The scenery, which is incomparable, and the people and their languages (two of which he speaks), history and culture are drawn in depth. So are the characters, and the clash between the traditional colonial service administrators and the up-and-coming nationalists.

Then twenty years in the R&D Divisions of International Computers, starting  in the earliest days designing and programming when even operating systems had not been thought of. This gave him an abiding interest in IT, and in the key issues involved for the future of human freedom as against governmental effectiveness and law and order. This dovetails with our current debate about the "Surveillance Society". This thread pervades the book. It is developed from lay people's viewpoints right through to the grass-roots detail of how it is done - how people's data can be analysed at the bit-twiddling level and individuals can be manipulated. This will he hopes strike sparks with the nerd community. They may also be absorbed by the nitty-gritty of primitive computing technology and glimpses of  systems of the future.

Then fifteen years with UN and World Bank on agricultural computing projects. This was a foray from the fields of state-of-the-art research into what was sometimes pure, and often alarming, adventure, in twenty countries. He uses this to describe scenes in "pariah" countries like North Korea, Sudan (the war zone), and from Uganda in the bad times. In Iraq he was chief consultant to Saddam Hussein’s Planning Ministry when the Kuwait war broke out. He tried three times to escape, refused to work for Saddam and went into hiding. Eventually he was rescued by Kofi Annan (UN New York). This experience colours major events in the book.