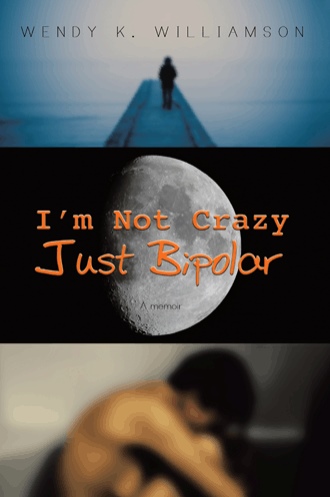 She was The Enemy. The shrink at Virginia Tech whose intensity was making me uncomfortable in my chair. I remember her squinty eyes as she accused me with them. Her shiny, black hair was pulled tightly into a severe bun. I was supposed to be graduating in just six weeks, but here we were sitting with The Enemy.

My parents were seated in her office next to me, thanks to my roommate, who had alerted them to my bizarre behavior. I had no idea why we were there. I only knew her for two minutes, but I already knew two things: I did not like her and clearly, she was The Enemy.

My father was holding my Mom’s hand, but not saying much. He had just finished making small talk with The Enemy about how nice her orchids were. The Enemy was trying to make eye contact with me, but I avoided her. I kept busy, looking around, reading her fancy degrees and the titles of all her books that looked horribly boring. I presumed they were about as dull as her personality. I spotted a video camera on a tripod in the corner nearby.

Her manner switched from semi-serious to acting as if she was telling my parents I was going to die. Then I heard the words I will never, ever forget.

“Your daughter has bipolar disorder,” she said matter-of-factly. “She is having a hypomanic episode.”

Wait, what? I went over those words again, but it did not sound good.

“I’m sorry, but could you please say that again?” My Mom gently and politely asked The Enemy to repeat the bomb she had just dropped on us.

“She has bipolar disorder.” The shrink said slower this time. “She is having a hypomanic episode which could be drug-induced.” The Enemy added.

My parents sat there listening as The Enemy continued talking, but I had already begun to tune out. I was staring at my Mom hoping, half expecting she would jump up out of her seat and declare this woman insane to be saying this about her daughter. Instead, my Mom just bravely fought back her tears. Why wasn’t she screaming? Why wasn’t I screaming? The Enemy had them in the palm of her hand. Mom was hanging on her every word. My father was quiet as usual and staring off into space.

Wait, did she just say drug-induced? What drugs was she talking about? I didn’t do drugs. Well, I did smoke pot but that’s not really a drug-drug. She continued talking to my parents while glancing over at me. I was not really a part of the conversation, but she included me because she had to; she was a professional, after all. I was smirking at her because I did not like her or her new terminology for me. I did not like these words she was using to describe what she thought I had based on her ten minutes of knowing me.

“Excuse me, but could you please explain to me again what is wrong with Wendy?” My Mom had such good manners, even at a time like now. I was not taking any of this seriously, although my parents sure seemed to be. I couldn’t believe they were taking her every word to be true like she was God or something! My Mom waited for The Enemy’s reply.

Meanwhile, I felt like I was in a dream. A bad dream. The kind where I’m in a glass box pounding on the walls, but it’s soundproofed and no one can hear me.

The song “Comfortably Numb” floated in my head. “Your lips move…but I can’t hear what you’re saying.” I sat back and watched their lips move, but they may as well have not been speaking at all. Every now and then I’d tune in and listen, but I preferred staying in my head.

“Bipolar disorder is the newer term” the shrink explained, “although manic depression is what most people have called it in the past.” Ah, bipolar disorder was the newer term. She, of course, was on the modern side of medicine. I couldn’t care less. At that moment, all I knew was that I was being told my brain was defective. I had a disorder. How could this be good? I played with the zipper on my jacket.

I was stuck on this term she mentioned, this manic depression. Since I’d never heard of bipolar disorder, the Jimi Hendrix song, “Manic Depression” came to mind and was the extent of my knowledge on the subject. What were the words to that? “Manic depression’s touching my soul. I want what I want but I just don’t know…” I kept going with the words then reluctantly tuned back into the nightmare...

I looked at my parents and then back at The Enemy. They were still talking, but it felt like I was a spectator at a tennis match, one with a long volley. I kept alternating sides, watching their mouths move on either side of the desk. I was going through the motions so they’d think I was paying attention. Geez, they looked so serious. This was not good. No, this was not good at all.

“I would like to videotape you,” the shrink said, her eyes squinting again, like she was accusing me of something. “It really helps to show you how manic you are...”

“Absolutely not!” I shot back. They all turned to look at me. I would not be some lab rat for her stupid research. Sensing she wasn’t going to get anywhere, she backed off. Without skipping a beat, The Enemy switched gears.

Just as a photographer might shoot a photo through a colored lens, Wendy Williamson skillfully holds up the filter of mania and depression for her reader to peer through. With heart-wrenching honesty and humor, she shows the effects of bipolar disorder on the mind, body and soul of those who suffer from it. Publisher's Weekly says: "Williamson's prose is direct and thankfully not given to flowery language or circumspectness about her condition. The book is straightforward and the author achieves something difficult in a memoir: she remembers feelings from a period of her life, while still providing distance and perspective. Williamson's analysis of the mental health field and mental health professionals is insightful without being preachy, and she presents her story with grace and humor." National Alliance on Mental Illness' The Advocate: "skillfully weaves together several levels of a young woman's life... [it] is, like its title, an assertion that a life touched by bipolar disorder is still a life with its own logic. The book does a great job at describing that logic."

Wendy Williamson spent her childhood taking flurries of words from her head to paper as early as eight years old. She graduated from Virginia Tech and after a decade in corporate, embarked on her writing career.

Her introductory book: I'm Not Crazy Just Bipolar is a memoir of healing and hope. Her second book is called Two Bipolar Chicks Guide to Survival: Tips for Living with Bipolar Disorder (Post Hill Press, 2014) .

Wendy writes for The Huffington Post and BPHope.com. She has written for The Two River Times, BP Magazine and Bipolar for Dummies: 2nd Edition. She is the founder of The Red Bank Writers Group. The author tweets as "bipolarwendy" and "2bipolarchicks" which keeps her talking to cyberspace and laughing at herself. Wendy has been interviewed on over forty radio stations worldwide and lives in NJ with her two kitties and fiance, wearing out laptops to stay sane.