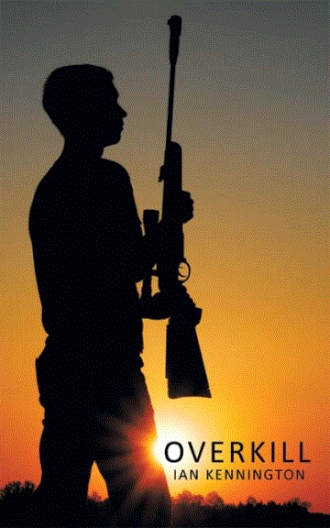 First glance; her throat had been cut, a bloodstained second mouth carved under her chin; up close, opinions changed, sharp blades don’t leave jagged edges, they had to be bite marks.
She’d been dumped among burnt out cars and fly tipped rubbish in a bleak, South London landfill, her arms and legs splayed like the limbs of a discarded rag doll. Pale skin torn by razor wire; brambles and nettles spattered red, pools of mud diluted dirty pink. Foot and paw prints, where the dog walker had first spotted her.
The Investigation had identified the last person to see her, a work colleague, who’d walked her to the station and watched her board a late commuter train, they’d both been working overtime; she’d hinted she was saving for something special. The girl had shaken her head sadly and said ‘guess we’ll never know what the something special was’. A steady stream of information flowed from family and friends. The main opinion: attractive, friendly, well-liked, quick to learn, hard working; one compliment followed another, no one had a bad word.
Detectives and police frowned and nodded knowingly at each other. The Modus Operandi was familiar, this time the body’d been moved, evidence pointed to an accomplice.
One of the Forensics team rose and brushed mud from the knees of his white coveralls. His face bland and expressionless, he said one word as he opened his scene of crime kit.
“Exsanguination.” Those around him had heard the word before; knew what he meant, but he explained anyway, “she bled out.” Three words in an emotionless monotone. The man who uttered them protected by mental armour he’d devised against the crimson nightmares that filled his day. His hands performed well-rehearsed, deliberate movements as he pushed against the flesh, and withdrew the brutal spike thermometer that recorded liver temperature.
“Time of death,” he read the dial and worked it back, “ten, eleven o’clock last night.”

In this action-packed thriller, the Amalfi detective agency has won government contracts referred to as ‘blind eye’.  Patrick Mann, the owner, employs loyal staff he has liberated from a gang of traffickers. An operation to catch a serial killer ends with the culprit escaping justice, but dying at the hands of a vigilante. Patrick recognises the high-tech method involved leading him to a colleague from his past and a security company, based in N. Yemen, staffed by ex-special forces personnel. Jed, the vigilante responsible for the serial killers death, leaves his partner and moves to California. Seduced by the lifestyle, he turns to drugs and becomes a loose cannon when his son is killed in a Taliban attack.  He discovers that essential supplies failed to reach their forward position and the Para patrol was forced to fight a hand-to-hand battle when they ran out of ammunition. During subsequent events they find themselves at odds with the Russian Mafia and a drugs gang.

Ian Kennington lives in Welling in Kent, England.  Ian joined the Royal Marines where completing the Commando course at Lympestone and an engineering diploma qualified him for involvement in Special Forces operations. After twelve years in the Marines, he worked in oil exploration on Seismic Crews in Libya, North Yemen, Sudan and Nigeria. Ian has published several articles, including one in ‘The Source’ about an area of Yemen whose most famous resident had been the Queen of Sheba, and another story in the ‘Globe and Laurel’ concerned Commandos’ success in catching gun runners in the Radfan and Habilayn mountains of Aden and ships in the Arabian Sea.  Ian left the Seismic Survey Company in the mid-1980s and managed a car dealership before starting his own business selling equipment to the motor trade, which he does today.  Ian has also completed a second novel entitled Misandrist.