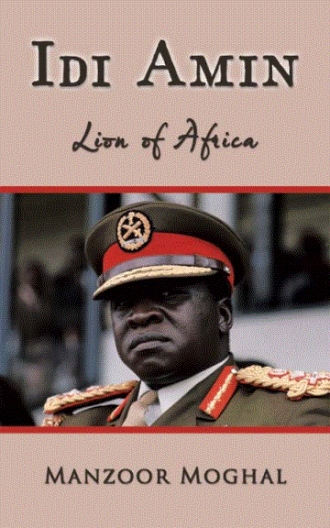 Whilst on a pilgrimage to in 1986 I had the opportunity to meet with Idi Amin again. The meeting was arranged by a close friend of mine, Dr Abdul , a fellow Ugandan Asian then a Consultant in a hospital in Jeddah, the city where Amin had taken up residence.

When the time came we were informed that we should travel to his villa. With warnings from our wives not to eat anything that Amin did not also eat himself and to generally be alert of any danger ringing in our ears, we arrived at the appointed time in the evening and were met by an armed security guard who ushered us through an iron gate. Our identities were checked and we were led on into the villa. From there another member of Amin’s household took us on into the drawing room where we waited for the former tyrant. He soon appeared and received us warmly as was his way on such occasions. Shaking hands he appeared to be in a jovial mood, as ever, and was remarkably the same physically as I remembered him from fourteen years earlier.

The drawing room was modestly furnished. He offered us some soft drinks, and at first our conversation was limited to pleasantries. I addressed him as Mr. President as I had done in our past meetings in and asked him how he and his family were getting on in . For a while he was somewhat guarded as he seemed to spar with us, trying to gauge our intentions and detect any possible ulterior motive in our meeting. Once he was satisfied that we were in no way spying nor did we pose any threat, he warmed up and the atmosphere became very relaxed. We spoke a lot about the situation and history of , but he was equally interested in the political landscape of and listened carefully to my comments and observations. The time went by quickly and we had in fact stayed much longer than we had planned. As we began to take our leave around 10 o’clock, Amin, enjoying himself thoroughly by now, holding court and discussing affairs close to his heart, insisted we stay for dinner. We could not of course decline and were in any case obviously keen to spend more time in the company of this singular man. Other members of his group living in Jeddah, including one General Bashir, his Prime Minister in waiting, were summoned by telephone and they soon joined us, swelling our numbers even further as by now we had already been joined by some of his family.

We were served a lavish meal prepared by Amin’s wife over the next two hours and we continued an interesting and insightful conversation. I found that not only was Amin well informed about the situation in Uganda but that he also had a thorough grasp of the international political scene and was particularly unhappy with America’s treatment of his friend Colonel Gaddafi.

He told me of his hopes of returning to power in and secret visits to and to assess his support, and he assured me repeatedly that if he ever got another opportunity he would do great things for and its people. (He did in fact attempt his return to Uganda in 1989 through Kinshasa to lead an armed group, but was unsuccessful.)

On the issue of his expulsion of the Asians from he urged me repeatedly to advise former Ugandan Asians to return to and restart their businesses. This was his way of acknowledging the grave economic blow he had dealt the country in expelling the Asian community, the backbone of the country's prosperity, so hastily and unceremoniously.

Eventually, sometime after midnight, we began to leave. On our way out Amin showed us a blackboard in an adjoining room on which were scribbled some German words. He told us that he was learning the German language from a German teacher, remaining still a great admirer of Hitler and certain elements of German culture. He walked with us outside the villa and showed us on the way the Ugandan matoke (plantain) tree and the mohogo (cassava) plants that he had grown in his garden that he had brought with him when he fled the country in 1979. As we reached our car, parked just outside his gate, he embraced us warmly before bidding goodbye. We shook hands and parted. The difference this time was that he was no longer dangerous behind all his charm because he no longer had any power, and I was no longer perceived as an enemy and no longer on his hit list, though I knew the truth of so much that had happened during his rule and rise to power.

Shortly thereafter, though much later than we had planned, we returned to our thoroughly worried wives. 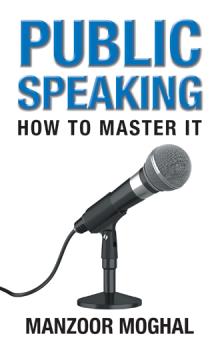 Idi Amin was no fool. Despite the numerous caricatures as a lunatic murderer he was a towering figure both in and the African continent, and he outwitted all his opponents until his downfall. When he came into power after having engineered a military coup to overthrow President Milton Obote, the nemesis of , he was the darling of the West. He was lavishly praised for his bravery in ridding of a dictator who had increasingly become a thorn in ’s side. But when he began to make demands on to discharge its aid commitments to , the British chose to ridicule him for his ‘buffoonery’. He turned instead to for his immediate financial needs, and that was the beginning of both the widening gulf between and Idi Amin, and also the establishment of a new dictator in .

He was an uneducated man, but he was deeply cunning and calculating. With his effusive charm and outward affability he was able to disarm his enemies and then catch them unawares. Though he ran his administration with the help of the elite civil servants of the country it was by his animal instincts that he kept himself in power. As internal economic problems grew, he made scapegoats of the Asians of Uganda, blaming them for all the ills of the country. In a masterstroke he succeeded in expelling the Asian community from in 1972 without any serious repercussions from the West. He wrested away the economy of from the hands of the Asians and put it into the lap of the Africans of his country, who loved him for this and his other exploits in a way that can only be compared to the way Germans had once loved Hitler.

Manzoor Moghal is a well-known writer and commentator in the and international news media and a lecturer on a range of subjects, including , Asians in , race-relations, issues of global terror, the criminal justice system, Islam and Muslim affairs. He was born in , and grew up in where he had his early schooling. He returned to to complete his education studying at the , , where he graduated with a degree in Sciences from .

In he became renowned as an outstanding civic leader, a politician and a leader of the Asian community and had frequent dealings with the highest officials of the Ugandan administration, including Prime Ministers and Presidents. In his various capacities he contributed substantially to the social, community and political life of the country. He was forced to flee in September 1972 with his family and came to settle in .

Beginning life again in Leicester, he built a new business for his family whilst choosing initially to stay away from civic and political life, greatly disenchanted with the prevalent racism and attitudes he found in and other British cities. In the early 1980s he began active involvement in public life. His most significant contribution was in the field of race-relations. As Chairman of the Leicestershire County Council’s Race-Relations Committee, he and his colleagues changed the face of race-relations in the city and the county, and the period from 1984 to 1997 ushered in an era of harmonious race and community relations which over the years became the envy of the rest of the country. In 2001 he was awarded an M.B.E. in the Queen’s Honours List. He is currently Chairman of the Muslim Forum, a think tank organisation.