From Battersea To The Tower 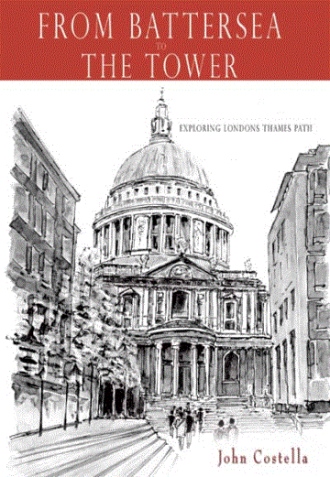 As I continue towards Vauxhall Bridge, which incidently I can't see at this point as Grosvenor Road bears to the left slightly, I can however make out many disused houseboats moored on the river as I enjoy my journey along this fairly unfrequented part of the Thames Path. One interesting street name to my left is Bessborough Street and the Gardens, which were named after John Ponsonby (1781-1847), Baron Duncannon of Bessborough, who had a prolific career as a politician serving as First Commisioner of Works, Home Secretary, Lord privy Seal and later as Lord Lieutenant of Ireland. Several roads were named after this politician and surprisingly one other just across from Vauxhall Bridge.

Midway between bridges the Thames Path follows the contour of Grosvenor Road, as there are some very attractive and exclusive apartments which are sited on the Embankment itself, and I notice that I have to walk as far as St Georges Square before I can rejoin the passage along the riverside. Having now arrived at Westminster Boating House I immediately head into Pimlico Gardens where I rejoin the Thames Path, which runs almost parallel to Nine Elms across the river. Pimlico Gardens deserve a mention, even though it is quite a small area, the reason being that it is an attractive and very peaceful escape from the traffic and provides the visitor with seating to enjoy the river views. There are a couple of interesting statues in the gardens, one being of William Huskisson, a British statesman, financier and MP who tragically is best known for being the first railway casualty; he was killed accidentally in 1830 by Stephenson's locomotive, the 'Rocket'.

Looking across the Thames I can't help but notice the maze of modern apartments which I have to say look absolutely striking, their profiles gracing the riverbank skyline. I refer of course to the St. George's Wharf, which I shall visit in a later chapter on the return journey. 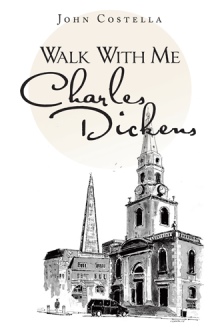 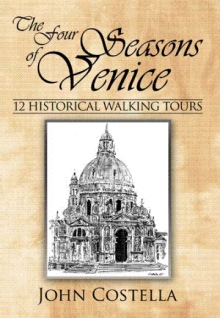 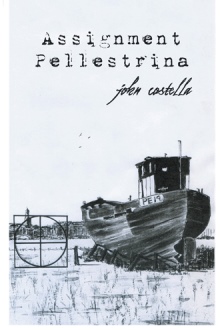 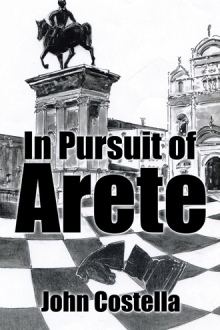 In Pursuit of Arete
John Costella
$24.34 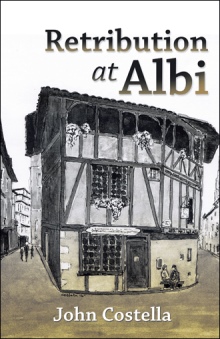 'From Battersea to the Tower' provides the reader with an interesting and artistic picture of the history, beauty and occasion that is associated with an area of the Thames Path on both the North and South banks of the river.

This book is a perfect accompaniment for both the walker and armchair reader, and focuses on the passage between Battersea Bridge and Tower Bridge, identifying numerous buildings of historical significance as well as the bridges themselves that cross the Thames.

Each chapter includes a brief, but detailed history, of the relevant boroughs and districts which border the path, identifying the origins of many street names together with plenty of ghostly tales from the past.

John Costella was born in London and spends a great deal of his time exploring and writing about the Metropolis, together with his adopted city of Venice. He enjoys combining his artistic skills with his writing, by illustrating each passage throughout its journey of discovery.