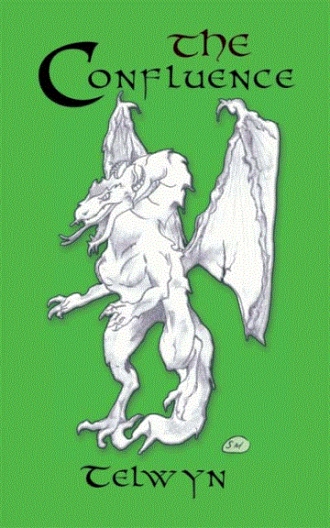 “Berrwynn is dead and all is lost” were first words the wounded warrior heard on regaining consciousness, and in hearing; and as yet incorrect declaration, Berrwynn assumed he was at brink of a warrior’s ultimate liability in battle.

Having sustained a mighty sword blow to his head Berrwynn was fortunate that Tarran’s sturdy Roman helmet saved his immediate life, however its downward glance cut through his leather shoulder guard causing a severe bleeding gash.

When the burly Angle warrior who delivered the blow was about sever wounded leader’s head and gain its reward was himself speared in the back, and he fell across and shielded Berrwynn, and inadvertently saved his life.

Lying beneath the dead warrior’s heavy weight and in extreme pain; Berrwynn drifted in and out of consciousness, and cognisant vividly recollected his past life and primarily of Tresoara his long lost first love.

He also beheld visions of his dear mother Rhiannon; and who had lavished her love and protection on him and sister Aurian after the tragic death of Cadwaladr their father. However, he shamefully recollected of how she toiled and schemed to retain his inherited and rightful leadership, and choosing Marchell as his prospective wife, of which he vainly forsook.

He also pictured shimmering waters of Llyn Tegid where he as child and young man enjoyed exquisite summers with Carrog tribe cousins, and his eyes welled with tears when recalled the last time he spent there with his love Tresoara.

Under the dead warriors pressing weight, Berrwynn found it more and more difficult breathing and finally desperately fighting for his breath it caused him to  envisaged was drowning in the mud. Become delirious cried out and fortunately alerted some surviving comrades and rescuing him from under the heavy corpse gathered around his scarcely recognisable blood covered body. Thankfully were relieved was still alive, but observing his wounds’ they held very little hope of his recovery.

An immeasurable time later Berrwynn visualised a tall figure bending over him examining his wounds, and thereafter his head was raised and was given a much needed drink of water. He then again fell into unconsciousness and was brought to reality by a nauseous substance in his nostrils and then the feel of balm gently applied to his painful body. Seeing was conscious the stranger soothingly assured would help heal his wounds, and this time it was gentle sleep which overtook Berrwynn’s weary body.

Later and slightly more aware, Berrwynn hazily focused the stranger vigorously pounding a mortar preparing a remedy; and suddenly its medicinal contents’ was unceremoniously poured down his unwilling throat. But the bitter tasting mixture however caused him to severely retch, muttering some uncomplimentary phrases, and stranger produced a leather bottle from a pouch and poured yellow liquid into the bowl. This time he upheld Berrwynn’s head and allowed him to gently sip, and when he tasted found it very pleasant and recognised it was ‘medd’ or honey wine, and of which greatly soothed his dry throat.

Previous uncontrollable retching had reactivated his head pain also his wounded shoulder and again he writhed in agony, and seeing his profound discomfort the stranger again incoherently muttered.

It sounded to Berrwynn as if declared “Damn, this is the very last of my medical containments” and from an elaborate lined casing he produced a phial, and soon after Berrwynn felt similar to a bee sting in his buttock, and immediately entered a blissful sleep.

He dreamt was passing through a gossamer veil similar to a cascading waterfall and then drifting backwards down a dark sloping cave lit by the presence of lights intermediately flashing from hidden cavities. Illuminating the ghostly presence of people alongside and whom he recognised as long dead friends and warriors had known. The near skeletal figures uttered no words but they held out their arms as pleading to embrace him, but instinctively he avoided their touch.

Eventually from over his shoulder emerged a gleam of day light shining from end of the cave, and subsequently descended onto something comfortably soft, and he lay there helpless feeling a warm breeze soothing his wounded body.

Unknown time later he glanced to his side and discovered he was amidst a most colourful countryside of lush meadows full of flowers, and the surrounding trees had birds and which sang sweeter than he ever heard before.

He began wondering whether a dream or judging by the colourful surroundings he began to suspect was now dead and in Nevol; the celestial paradise of Celtic beliefs. But when attempted to turn away from glare of sun marring his eyesight he discovered his body was still very weak and right shoulder was again painful.

Berrwynn was now even more puzzled, and concluded that he must still be alive as religiously knew that in Nevol there was no pain or sorrow, and the pursuance of an explanation wearied him and slept, or again became unconscious.

After intermittent bouts of unawareness the mistiness of his mind slowly began to clear and he again began wondering where was, and how long had he laid here helpless, and suddenly he recalled sombre words heard spoken on the battlefield. ‘Berrwynn is dead, and all is lost’, and stark horrors of his experiences on bloody battle flooded his mind and became overwhelmed with grief at probable deaths of his

‘The Confluence’, is situated in the Welsh Marches along upper reaches of the Severn River in around Shrewsbury and this river’s tributaries over the now Welsh border.

The first chapter has an ethereal beginning and based on Berrwynn; a tribe leader who falls in battle and is taken to a mysterious place called Cynwedyn and there he meets an equally mysterious demi-god called Androssan the Ageless.

Berrwynn is encouraged to relate to the ancient tribe people’s he meets in Cynwedyn his previous life story, that of the period of 6th century A.D, and where tells of his early life, his love of Tresoara and their elopement.

Integrated are ancient Celtic mythological tales and also the Christian missionaries or Celtic saints; and of the still pagan Berrwynn’s reluctant part in their missionary work.

Is followed by the invasion of the Anglo/Saxon races, and of Berrwynn led resistance; but their valient effort failed, and the enemy only finally halted at foot of the still held Welsh green hills.

Then veering away; tells of Berrwynn’s half sister Oenone; later called ‘Nonn the Blessed’ and of the mysterious ‘Miracle of Pendeva’.

Reverting to Cynwedyn; Berrwynn and suffering from the aftermath of horrendous war experiences and seeking a cure he experiments with ancient Druidic medicines and descends into a mythological existence.

He fights the dragon and evil goddesses in his mind, marries Bronwen and slowly recovers and he prepares for his final glorifying beatification.

The final chapter is a surprising twist and has to be read without  previous exposure.

Thomas Elwyn Jones' third book but it is his first published novel.

A keen student of history, and as Welsh being his first language he has also much interest in Celtic/Welsh mythology. He write's of the area he knew when a young man and of his read stories of its turbulent history, and plethero of mythological tales.

The mentioned places are real but their names are slightly modified for their easier English pronunciation and similarly of Christian missionaries and who really existed and called Celtic saints.