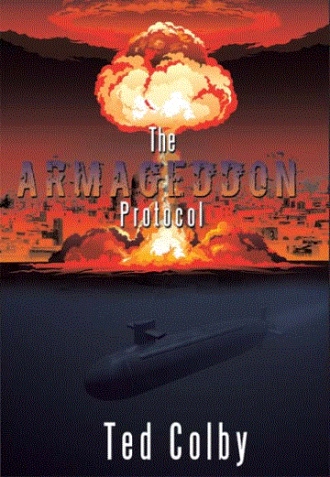 Captain Gene Paulson sat at the long table in the relatively spacious wardroom of the USS Rhode Island with a number of documents laid out before him. A recently filled coffee cup was, as usual, always near his right hand. He had just been informed from topside that his classmate from the , Phil Hanson had just arrived topside. It had been several years since he had last seen him and he looked forward to resuming their friendship again. Phil had been appointed to command the Blue Crew while Paulson had been out at sea.

He leaned back in his chair holding a packet of documents sealed inside a manila envelope. On the cover was a letter with instructions to be followed under certain specific conditions that, when fulfilled, would require his opening the rest of the document. The first set of criteria included an attack with a weapon of mass destruction on the homeland. Specific orders from the Commander, Submarine Forces Atlantic Fleet or higher authority were not required to initiate the first step.

Paulson was interrupted from his rereading of the criteria for implementation by the arrival of Phil Hanson in the wardroom. He looked up and smiling widely welcomed his replacement. "Phil, damn glad to see you," he said as he jumped up and held out his hand toward Hanson. "Congratulations on becoming my alternate ego."

For the next half-hour, the two classmates exchanged a large number of experiences and requests for a rundown on their respective families. Hanson's eyes drifted to the package that Paulson had dropped on the table in front of him. The "TOP SECRET NO FORN" stamped on top and bottom of the package elicited a question from Hanson. "What's all that?" he asked.

Paulson picked up the package and handed it to the next Captain of the . "What you read there is pretty much all that I know," he explained.

Hanson scanned the instructions and criteria on the single page attached to the package. "So, these are our orders when these criteria are fulfilled…and without any further clarifying orders?"

"That's pretty much it," Paulson replied, "I assume the specifics of the mission are contained in the envelope itself. Once the seal is broken, the contents undoubtedly would include target information on a disc." He paused and then added, "I was assigned to the office of the Chief of Naval Operations before I got this job. There was some discussion at that time about what was called 'The Armageddon Protocol' which was some protocol that had been written by the President and specified what actions should be taken should the country be attacked by one or more nuclear weapons attributable to Islamic terrorists. The idea was that there might not be anyone left in the chain-of-command capable of ordering some retaliation against Islamic jihadists after an attack on the . The second part of the surreptitiously issued protocol was to put the jihadists on notice personally that the basic and historic physical foundations of their religion would be totally destroyed as well as millions of their religion and race, should they attack this country.  It was meant to be an equivalent of the mutual assured destruction or MAD program of the Cold War."

"Do you think that this is it?"  Hanson asked.

"I'd bet my ass on it," Paulson replied, with a grim expression on his face.

"And what's your opinion of this mission?" Hanson inquired as he replaced the package on table.

"When I first saw it, I knew immediately what it was, Phil. I also knew that it was either instituted as a threat or a bluff. If it were a threat, it would have to be carried out. If it were just a bluff, then we would be notified that we were not to implement it. The decision would be up to the President, basically. If there were no President or governing authority, we would launch."

"I suppose that it's worked so far or the terrorists haven't been able to latch on to any nukes; one or the other."

"Their access to nukes is only a matter of time, I think," Paulson volunteered.

"Has the new President said anything about the protocol? I mean, with his liberal leanings and expression of conciliation and compromise with the various Islamic groups, I would expect him to terminate it." 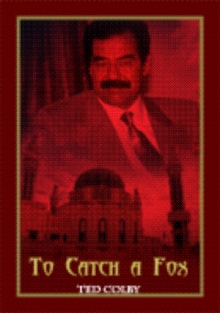 With the end of the Cold War, the 21st Century ushered in a new enemy, one that was dedicated to the destruction of the United States of America and most of the Western world. They were eager to use violence on a massive and vicious scale to accomplish it. These were the members of Islamofascism. The country was to face an enemy that had no homeland and espoused an interpretation of their religion that was extremely violent. The Armageddon Protocol was created to counteract this new threat. Signed by the President in 2002, the Protocol was to be triggered by an attack on America or Israel with a weapon of mass destruction by an Islamic source. It would result with the destruction by thermonuclear weapons on all the holy sites of Islam, with particular interest in Mecca and Madina, as well as any other target of opportunity especially the Iranian nuclear capacity. This would make the holy sites radioactive for a thousand years. The Protocol was the 21st Century's version of the Cold War's Mutual Assured Destruction, the MAD concept. Also in 2002 the elements of the Protocol were provided to all of the terrorist camps and nations throughout the world so that they would not be ignorant of it. There had been no such attacks on America since the establishment of the Protocol. With the election of a new left-leaning President in 2008, who was determined to negotiate with the terrorists at any cost, the Iranian government translated his attitude as weakness. Iran then became determined to use the "Seven Sisters of the Prophet," seven suitcase-sized nuclear weapons originally produced by Russia and sold to Iran. The Iranians intended to infiltrate them into both the United States and Israel. Should even one of these weapon be detonated, it would trigger execution of the Protocol. Its very existence still had not yet made known to the new President. This could result in causing large-scale devastation in the Middle East and perhaps a worldwide conflagration, but could also possibly be an eventual universal blessing.

Lieutenant General Henry H. Henderson, who had been appointed by the previous president as Director of the National Security Agency becomes aware of the "Seven Sisters" plot and carefully tries to unlock and defeat it. He is accompanied in this endeavor by Jack and Rose Deiter, his twin sons Butch and Harry and Harry's fiancée Charlie Waggner who travel worldwide in search of the "Sisters."

Ted Colby graduated from the at and holds two graduate degrees; one is in Nuclear Engineering and the other is an MBA. He spent the majority of his professional life in the military service and has authored articles for military periodicals. He was stationed in , Europe and . While serving in the 101st Airborne Division in , he was decorated numerous times for heroism to include the Silver Star for Gallantry in Action. Following his military career where he was exposed to worldwide intelligence activities, he did engineering planning for a nuclear utility; subsequently, he wrote and published a newsletter for the nuclear and airlines communities. He occasionally writes poetry and has published several of his works under a pseudonym. The Armageddon Protocol is a sequel to both To Catch a Fox and The Kilyaikin File published earlier.