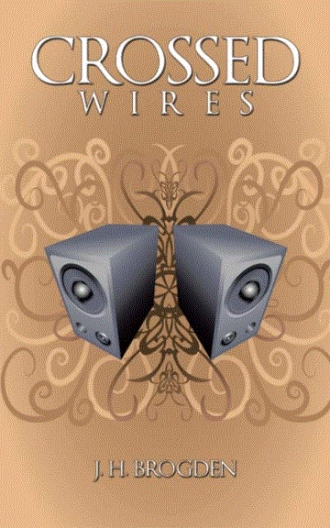 “They got a lot more interesting towards the end, didn’t they!” said Gordon as he switched off the projector. “Especially those views of the Statue of Liberty - looked a wee bit mossy, though.”
Greg was non-committal, having slept through the best part, but at least he could supply a relevant piece of information.  “That’ll be the verdigris.  It’s the bane of copper and bronze!”
“Probably poisonous, too!” added Syd as he gently rolled up the screen.
Greg watched helplessly as Mrs. G. bumped one of the speakers.  He felt an empathy towards it and winced.  He excused himself from the chaos and said he’d be getting to bed for a few hours, but was surprised to see when he stood up that all the other guests had gone.
“Brenda and Derek are staying here the night.” said Mrs. G. above the noise of a vacuum cleaner she’d just switched on to threaten the more sturdy furniture.  “We’ll call you all when it’s time!”
“Aye, when it’s time to turn back time!” chuckled Gordon.  “It’s a wee custom that few folk observe now.”
Greg went up, saying he’d see them later, accompanied up the stairs by the drone of the cleaner and its frequent collisions with the skirting boards.  Tomorrow, before leaving, he’d try and restore equilibrium to the altered room, although the spikes on Mrs. G.’s cactus probably mitigated against soothing ethereal harmonies, especially those found in Gordon’s recordings of  the Songs of the Auvergne.  The tenets of Feng Shui were nothing compared with Deci-Belle’s rigorous creed of ideal arrangements.  He lay wide awake on his bed, anticipating the family ritual that was to follow, and his own tactful ritual on behalf of ideal listening."

The novel follows the whimsical and amusing journey of audio technician Greg Ives, as he spends a week in Newcastle adjusting customers' hi-fi equipment on behalf of his employers, Deci-Belle. When he comes to stay with the Gillespie family, he finds them to be friendly and welcoming, yet peculiar in their opinions and understanding of the world.  This is especially true of Mrs Gillespie whose warped view of the world causes a great deal of confusion, yet a certain amount of amusement for Greg. The novel is interesting and entertaining, and the storyline is humorous and thoughtful, much like Hi-Fidelity by Nick Hornby.

J. H. Brogden lives in York in England.  He is an avid listener of radio plays, interested in Indian philosophy, and passionate about classical/romantic music and European folk music.  His writing is inspired by events and characters he has encountered. This is his third full-length novel, having previously published Gregorian Chant and Making Connections; the latter of which is the prequel to this novel in which Greg Ives embarks on an extended holiday travelling the length of Britain, encountering characters who are as helpful as they are colourful.