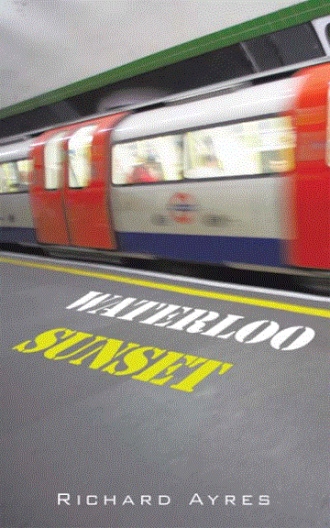 "At first, all had been well, in Stow. He loved living in the place, not just the barn conversion, but the town with its antique shops and book stores and traditional pubs and fine eating places. An amiable man, he’d soon begun to make friends with the locals, before social isolation had been forced them. Now, he realised that Melanie had from the start been uncomfortable with their new acquaintances, and they with her. Educational differences could sometimes be overcome, but in rural Gloucestershire it was class that was the issue, and Melanie was not just working class, but urban working class.
Then came Oscar. Nigel’s first reaction to the diagnosis had been inconsolable grief, followed by a terrible anger that had never really left him. A first-born son represents the continuation of the line, a passing on of the name. His own father had been similarly devastated, and the distaste of some of his other relatives was such that, on the one occasion that Oscar had been taken to Yorkshire, they could not bring themselves even to see the child. Nigel suspected that they blamed Melanie for tainting the Templeton line with her faulty lower-class genes. Sometimes, in his less rational moments, he caught himself thinking the same. As Oscar became more demanding, taking all Melanie’s attention, he took refuge in frantic DIY and gardening and long walks alone: in the evenings he shut himself in his study, reading. He’d long ago abandoned surfing the net for possible cures. He could not even bear to accompany his wife into Stow shopping, unable to handle the stares of the ghoulish or the expressions of sympathy and support for the compassionate when they tried to communicate with an infant whose only response was to gurgle and grunt. It became even worse when the infant grew into a child and the means of perambulation became a wheelchair, a nightmarish Heath-Robinson contraption in which he was confined by a plethora of straps, splints and supports.
Melanie had begun to complain of isolation, stuck out in the barn with no contact, even visual, with other people. It was, she said, bad enough in the summer, but the winters were intolerable. The barn stood at 600 feet: driving rain and bitter winds accompanied the long black evenings unpunctuated by a single light. When the twice-daily journey to deliver and collect Oscar from the special school in Cheltenham began to weary her, she began to voice her desire to move into the town. Although nothing had yet been said, both were aware that she and Oscar would soon make the move without him.

And now the hoped-for solace of the reunion had been taken from him by that bastard. The faint hope that he’d not even dared articulate to himself had been dashed. A hideous image of an isolated old age bore down on him – alone in a room with a gas fire and a book or the TV his only company. Even worse would be the summer evenings when he’d be taunted by the balmy twilights of his youth and haunted by what might have been.
He jerked to his feet, spilling his gin over the table top. He mustn’t sit, brooding. He must join the others, and do his thinking while on the move. He always thought best when active. Action would calm his inner seething. He felt as in a dream, the sort of nightmare where morbid curiosity combines with despair, where horror looms with a dreadful inevitability.
He left the hotel and pulled out his mobile. It seemed though hours had passed. Which pub would they be in now? How should he behave when he rejoined them? He knew how to keep his feelings hidden, and could if need be act as though nothing had happened. But how would he respond if Vivienne wished to pick up the thread of the conversation they’d begun in the Cittie of York? And what about Eric? Did he know?
Did it really matter? It was 40 years ago, a minor drunken youthful misdemeanour should have no significance for him today. Eric had probably known, and their marriage had survived, hadn’t it? Oh yes, that bloody marriage had survived.
He hailed a passing taxi. He’d phone as soon as he’d got in it."

In 2007, six friends meet in London for a pub-crawl to celebrate the 40th anniversary of their graduation from a Leeds University. As the day progresses, tensions develop resulting from their differing perspectives on modern society, from the hostile atmosphere in some of the pubs and streets, and from the suspicion each begins to have that the others may be harbouring secrets. These are gradually revealed - Tony is an alcoholic, Nigel has a handicapped son and his marriage is under strain, Vivienne (now married to Eric) and Tony may have had a fling while at university, and in later years Vivienne may have had a lengthy affair with Nigel.  Alan and Jim also have secrets - Alan is dying and Jim is in a gay relationship. The climax to the story is an altercation with some yobs on the London Underground in which Eric is seriously injured.
The final chapter is set 10 months later after Alan's funeral. As the result of his injuries, Eric cannot remember what he’d learned of his wife's unfaithfulness with Nigel, but his memory is improving daily. He wishes to resume contact with Nigel, and Vivienne has to make an uncomfortable choice.

Richard Ayres lives in Staffordshire. His career was spent working in Further Education before he took early retirement and began writing.