Glue Sniffing & Out of body Experiences 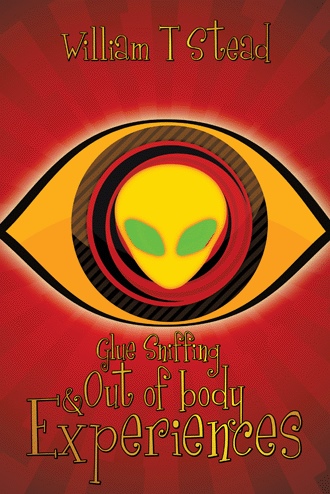 On the whole it was unlike me to enjoy sensations through the sense of touch, or to derive pleasure from my innermost self. Being British it is not the done thing to search, or express emotion. I like many other people have been brought up this way. It took me by surprise when this happened, but I did not resist and enjoyed feeling the sheets, bed and my body. It being an awakening to something I previously only had a partial awareness of. My perception was contained within this small area surrounding me, and under the circumstances wasn’t interested in anything else, until something caught my attention.

When in bed at night if the sheets cover you, there is certain darkness that surrounds your environment. Whilst wallowing in my newfound sense of being, I looked into the obscurity and noticed it appeared different. Until that point I had not heard, or seen anything associated with my normal experiences. This caused a diversion in attentions away from the self, to my surroundings. At the time it caused a slight annoyance, as I would have been quite happy to use up the remainder of the glue, on nothing more than this experience. My surrounding darkness seemed to have depth to it. At first no features were visible to judge what I was looking at, but it was definitely different. It appeared as if I was in a large cave, which only had minimal light within. This being so did not allow any perspective to be aware of the boundaries.

I had by then given up on the self-indulgence and focussed my full attention on the new situation. The first change to this environment came in the manor of an instrumental tune, which was of a repetitive nature. It seemed to be coming from within the space. Shortly afterwards whilst this music was still playing, a silhouette shape of a man appeared before me. He had no features to his body, only yellow outline. The shape facing me turned around and began to run. My alter ego, which viewed this, began to follow at a set distance. This action took me away from the point of origin, and in doing so gave an awareness of the surroundings.

The silhouette started running towards some pillars of light in the distance. He passed the first of these, and I followed shortly afterwards. It appeared similar to an obelisk of pure neon. The pillars put my environment into a more manageable perspective, although no end could be seen to this space, it did not matter. The mere fact of witnessing this from an internal position contained the important ingredient.

These pillars were large in comparison to my being, and in passing each one gave ample time to study them. They contained the primary colours, and were three-dimensional. The pureness appeared quite spectacular, almost unnatural. I must have passed six of these, and then everything began to fade. The glue in my bag had lost its potency, and shortly afterwards the normal darkness returned. This became really frustrating being poised on the threshold of something new.

If it were at all possible I would have left the building there and then to get some more glue. At that time of night no place came to mind in which it could be acquired with ease.

Through being caught earlier on it had caused a change in my patterns of usage. This was a complete stroke of luck, that had it not happened I could have carried on using the substance by conventional methods for a long time, experiencing inadequate results.

To try and explain how important this was I could use a simple analogy. Until now if I had been seeing anything whilst using glue, it was presented in such a way that it occupied my physical environment. By this I mean the visions superimposed on actual physical objects. At certain times I had glanced into their source, but had never been able to view a situation from inside this environment. What effectively happened tonight created a bridge over the threshold, and more importantly I recognised this was so. It put everything generated from the past into a secondary league, and I knew there was something waiting to be discovered better than anything experienced so far. Even my wildest imaginations did not compare to that awaiting my next visit. This evening had solved one little problem on a personal basis. That being the niggling feeling something had been missing. Tonight it had been found and awaited discovery. 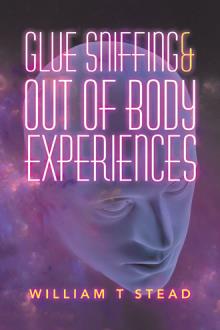 I have written a story about glue sniffing and out of body experiences that occurred during the early seventies. Back then I was a teenager who had a difficult upbringing, with many factors causing a chaotic life. Through all of this I learned the potentials of a stimulant, combined with mind control. It was my first use of any kind of drug, and unintentionally it took me on a journey of discovery.

There are two main abilities one has to overcome in order to experience OBEs. The first is telepathic speech construction, and application. The ability to communicate is immensely important and allows you to utilise the learning process. The second is manipulation of the visual environment. When this has been achieved I attained a separation of the soul from the body, to a state I call the third level. In this plane I had a guide called Gong; he is of alien origin and my mentor.

My time in the third phase lasted around one year in which I experienced technologies, far in advance of mankind. To summarise part of the outstanding events, I have seen thirteen UFO, s on three different occasions, not on drugs, witnessed scenes from my own future, in detail. I was permitted to see the left hand side of my soul. I have been in the same room as an alien. Events of this nature, although exceptional are not the main point of the story. I was asked to write of my experiences in the spirit plain. At the time my education was close to semi literacy, and through a combination of learning and patience feel it is the right time to fill an agreement.

I am a fifty year old male who is with one very bright child. In my time I have fulfilled most ambitions, having lived a full and interesting life, not always legitimate. Qualifications two o levels in English that were gained at collage to make up for a misspent youth. As a person I am driven, obscure and purposeful. In my past education was unimportant, and I would be a teachers need for headache pills. Fast-forward a mistake, but not regretted. I do what I do for that moment in time, because that s is the way to lead your life. At present I am working in the holiday trade, having just taken redundancy from the beleaguered car industry. Future wishes, to work in conjunction with this story in one way or another, because there are many avenues to aim for.