Here, There, and Back Again 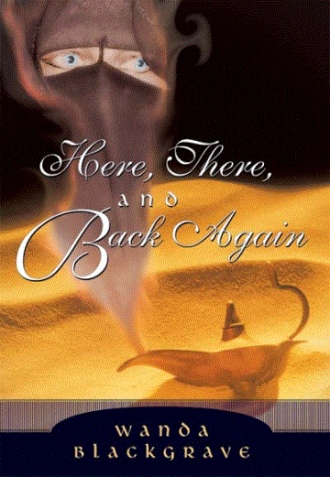 Just then Mubarak walked into the lobby, grabbed the phone, and hung it up. He said, “I know who you’re calling.” “Nobody in can help you here.” “The cards are in my hands.” He was wearing his Saudi dress and scarf. He had that crazy look in his eyes again as he did when he was going to do something violent. His eyes were bloodshot red. He said if he had to he would have me kidnapped and taken back to .  He said that there were some men coming to do exactly that if I wouldn’t cooperate.  He then retorted, “If you don’t believe me, just look outside the door.”

At this time we were both standing in the middle of the lobby. The front desk attendants were staring at both of us. They asked if I was okay. I looked out of the door, and sure enough there were three men getting out of the car heading straight for me. Mubarak was on his cell phone talking in Arabic. I heard him say, “That’s her. Take her.” I froze. I didn’t know which way to go. They would eventually catch me if I ran outside.  He had this planned all along. Mubarak was standing right in front of me. He ripped my camera out of my hands, and threw it on the floor. Then he picked it up and smashed it against the wall. I asked him why he had to break my camera, I asked, “Why do you always have to break things?” I realized there wasn’t time to argue about the most expensive camera that I had ever owned in my life. I had to think fast. I told Mubarak that I would get in the car with the men, but that I needed to tell the front desk to get my bags. By this time some Arabic men came over to Mubarak and asked him why he was bothering me. I told the men in Arabic that he was bothering me.  I knew this would buy me some time. I slowly crept backward.  Mubarak started yelling at the men to mind their own business. Then all of them were yelling and shouting in Arabic at each other. Suddenly Mubarak hit one of the men which caused an all out fight. The other men were yelling at Mubarak and grabbing his arm. This was good. It would buy me some time. I ran to the front desk, grabbed a pen and wrote Tim’s number down. I told Vernard, the front desk attendant that there were some Saudi men who were trying to kidnap me and take me to . I told him to call this man. He was an American, and I needed his help right away. Vernard got on the phone as I was standing there and called Tim. Vernard handed me the phone. I told Tim what was going on as I watched Mubarak start swinging his arms at the men. The other three men that were supposed to kidnap me were coming closer, so I told Tim I had to go. As I glanced over my shoulder, I saw Mubarak walking toward the front desk. I gasped and dropped the phone. As soon as I dropped the phone Mubarak picked it up and told Tim that he was an American white devil. Mubarak said that he was a constituent and there was nothing that Tim could do to help me and hung up the phone. Tim called Vernard again and told him that there is an American woman in serious trouble and I am an American man and will be responsible for whatever it takes.  He told Vernard to get me a bodyguard immediately. After Mubarak hung up the phone I ran. I headed straight to the elevators. Thank God it was a huge hotel where I could hide if I needed.  First, I needed to get to my room to get some of my things. Before I started running, I quickly glanced back.  The crowd was moving toward Mubarak. Our eyes locked through the crowd and he started running toward me.  I had to move and fast. I knew he was right behind me. I ran so fast that I slid through the hall, but made it to the elevator and pushed the button. As it was closing I saw his hands trying to pry the doors apart. I felt the adrenalin flowing through my veins. Trembling, I pushed the button again and hit his hands as hard as I could! The door closed. I made it! It seemed only seconds when the door opened to the second floor. I looked around, took a deep breath and ran to my room and grabbed my bags which I had never unpacked. This was stupid. I could never get out of here alive!  As I was going out the door, Mubarak was standing there. I told him to leave me alone that security would be coming, and he didn’t need that. He grabbed my purse, but I had already taken everything out of it knowing that would be the first thing he would grab. I started backing up into the room. He threw my purse against the wall. Then he grabbed a glass and threw it right at my face. I ducked as pieces of glass went flying everywhere.  Then he took a long swing at me with his fist. I ducked again, and he fell against the wall. His balance was always off after he drank whisky and I knew that.  This was my only advantage.  Just as he was coming at me full force with his body, two men entered the room and jumped in front of Mubarak. The men asked what was going on.

Mubarak backed up and asked if I still wanted a divorce, and I said yes. Mubarak said, Then all I have to do is say that I divorce you three times. I said, “Go ahead and say it.” “We have two witnesses now and that’s what I need.” He said, “I divorce you, I divorce you, I divorce you.”  I said that’s it? He said yes, we’re divorced.  Then he remarked that he could marry me again later on. Shocked, I said, “I don’t think so.” The two men were security, and they told Mubarak that he had to go with them. It was too late. Mubarak pushed both of them and dashed down the hall. The security guards told me to lock my door, and they would be back. I shut the door and locked it. I put a table against the door, and then a chair and anything else I could push over to block the door.  Only a few minutes passed, and there was a banging on the door. I wasn’t about to open it for fear it was either Mubarak or the three men that he had gotten to kidnap me. Somebody knocked again.

A young woman who marries an Arabian finds herself facing dangers and challenges that she never thought imaginable. She starts her journey traveling to one of the oldest countries in the world. Her new home in turns out very different than she expected. The way she was raised as an American is all but forgotten when forced to learn the new ways of an ancient culture. She soon discovers that she must learn their language and abide by their religion if she is to survive in their country.

After almost fourteen years of living in she becomes desperate to return to her beloved country to live. She captured her one chance to leave with her three young children and made it back to her hometown. She lived with her three children only for a short while before he came to take them back to . Her worst nightmare had begun.

She unexpectedly met an American man from her hometown who saved her life as she adventured on yet another dangerous journey traveling alone to in hope of being reunited with her children.

This woman’s true life experiences along with various research makes this one of the most intriguing books about the real everyday life of the people in ancient . This is her true story, finally told.

Wanda Blackgrave resides in Jasper, where she lives with her husband Tim, who owns a bodyshop and seven year old daughter Samantha. She graduated from with a bachelor’s degree in Elementary Education. She is currently working on her next book which is about eight children who take a magical adventure.