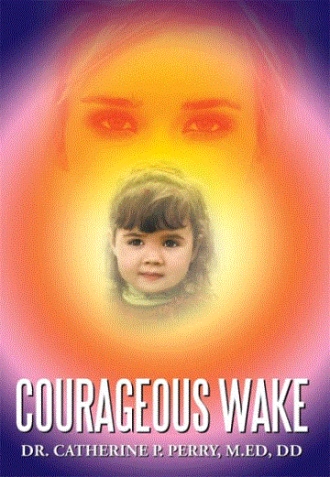 AN EXPENSIVE CUP OF TEA

November 2005. I had twenty minutes to spare until my next therapy client would arrive. I felt anxious. I had to get out of my office. Was I running away from something, or was I going toward something?  Green Tea!

My sudden sense of urgency to get green tea hit me, and the next thing I knew, I was pulling into the Starbucks parking lot. Something was fishy, though. It seemed as if everything was happening in slow motion.

I rolled past a white van, parallel parked next to the coffee shop door. I saw the word locksmith in red on the van. I felt a wave of deja’vu. For a second, I wondered if I was in a scene that had been pre-arranged.

I had the sensation that I was supposed to be there.

Refocused on the time, I parked, entered the shop, and flew to the counter. In an instant, I had my tea in my hand—VICTORY!

Ten minutes to get back to the office will be enough to put me right on time for my next appointment. Well, I would have made it, if certain events hadn’t imposed themselves on me.

I walked out of Starbucks and looked at my car. I felt a strange emptiness in my hands. The tea was there, but my keys were not. I don’t have my keys. I hoped I hadn’t locked them in the car.

Damn! I did it. That was not the first time my being in a hurry took my attention away from some very important detail, one that if missed could create a domino effect of problems.

I peered at my keys through the car window. I had to think fast. Did I leave my cell phone in there, too? Yes, I locked my phone in the car along with my keys and purse. Lucky for me, I kept a little cash in my pocket—otherwise, no green tea for me. My first instinct was to walk back into the coffee shop and ask to use a phone.

I passed the locksmith van on the way back into Starbucks. How could I have missed that clue? I walked inside and approached the counter.

“May I help you?” the server asked.

“We have a guy here who’s working on our safe. Do you want to ask the manager if you can borrow the locksmith?” she offered.

I had eight minutes to get back to my office, so I said, “Yes, please.”

The Starbucks manager was happy to oblige me. He looked at the cup of tea I was holding and recognized that I was one of the regular customers. Seven minutes to get to the office, and I have a locksmith!

What were the chances that on a particular day, at the precise moment I locked my keys in the car, a locksmith was right there, ten feet away from where I was standing? And what were the chances that I would read the word locksmith on the side of a van just before I parked my car and not remind myself to make sure I have my keys in my hand before exiting my car? I felt fortunate as I asked myself those questions, and I reminded myself of other times when great coincidences, those serendipitous events, appeared in my life.

Unfortunately, the clock was ticking. My locksmith was having trouble with his equipment. He made one attempt after another to open my car door. Nothing worked.

Do you have a secret? Do you worry that people will think you are crazy if you reveal it? Dr. Catherine P. Perry hid some secrets like that.

Be inspired, entertained, and empowered as Catherine brings you along her compelling and liberating journey out of what she coined “the spiritual closet.”

A so-called coventional psychotherapist, Catherine Perry secretly used her psychic and metaphysical healing gifts to help her clients. That is, until a bizarre chain of events catapulted her into an archeological dig; there, she performed an autopsy of her past. She discovered a heart still beating in the child she once was. Spirits guided her to her true identity, to acknowledge and express who she is—not who society expects her to be, and to solve the mystery of why she feared being known as a psychic and mystic—one who receives direct communication from God, angels, spirits, etc.

Paying attention to her intuitive and spiritual guidance led Catherine to the greatest freedom: to express herself authentically, be the authority of her truths, and never again to fear the opinions of others.

Courageous Wake demonstrates the potential in all humans to grow beyond old childhood perceptions and social conditioning. The story is an elixir for the searching soul, an accelerator of personal growth, and a call to action for people to come out of whatever closets they are hiding in.

Dr. Catherine P. Perry, M.Ed., DD is a gifted healer, intuitive, and spiritual teacher.  She combines her inner wisdom, sense of humor, and years of experience as a psychotherapist to help people rise to their full potential. She has a master’s degree in counseling and a doctorate in the spiritual healing arts.  She lives in New Jersey with her husband and son.