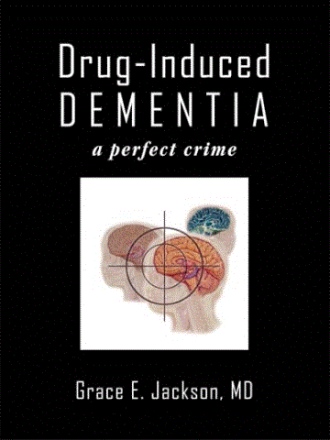 The Perfect Crime:  Murder on the Orient Express + Michael Clayton

Murder on the Orient Express:  The Challenge of Multiple Suspects

In the Agatha Christie novel and film, Murder on the Orient Express, a group of co-conspirators board the famous trans-European railway with the goal of killing a fellow passenger.   As the plot unfolds, Christie’s famous protagonist – a Belgian sleuth by the name of Hercule Poirot – must sort through a collection of confusing and seemingly excessive clues.  Although the story ultimately leads to two possible endings, one of them is germane to the field of psychiatry.  The problem for Poirot is not the fact that he lacks suspects for the murder.  Rather, the problem is that he discovers evidence and motives which implicate not one, but twelve different individuals who have all participated in the crime.

In clinical practice, physicians face a similar Poirot-like challenge in terms of sorting through an assortment of clues and suspects.  In this case, the “crime” is drug-induced dementia (with or without immediate death).  The “clues” include a variety of neuropsychiatric symptoms:  movement abnormalities, seizures, mania, depression, anxiety, hallucinations, delusions, and cognitive decline.   The “suspects” include a vast array of potential weapons (antidepressants, antipsychotics, anticonvulsants, sedatives/hypnotics, and stimulants) and the agents who mandate or encourage their use: judges, lawyers, educators, journalists, “key opinion leaders,” and many more.

In the Academy Award nominated movie, Michael Clayton, one of the heroes of the film is eliminated by hit men in an effort to protect the commercial interests of a chemical manufacturer.   Notwithstanding the substantive relevance of the plot to the theme of this book, the point to be made here is how the pivotal assassination in the film is cleverly conceived and executed so that it looks like an accident.

First, the hero is knocked unconscious with a stun gun.  Next, pills are forced down the back of his throat in order to create the illusion of intentional drug overdose.   Finally, the victim is injected between the web of two toes with an unidentified, untraceable, and rapidly lethal substance (presumably, potassium or another electrolyte which results in a brief convulsion, the cessation of breathing, and sudden cardiac death).   The hit men  achieve the perfect crime because – to the unwary characters in the screenplay – the murder is initially misinterpreted as a suicide.

What possible relevance could these movie events have for physicians and patients?

The answer to this question lies outside of medicine.  Within the profession of toxicology, scientists study the “mechanisms and modes of action by which chemicals produce adverse effects in biological systems.” 30  When a substance is absorbed and distributed in the human body, toxicologists refer to the location where it produces damage as the target organ.   In sum, toxicology – as a field of scholarly and applied endeavor – is dedicated to the identification, prevention, and mitigation of target organ toxicity.31  Unfortunately for patients, though, the profession of medicine is not.  This discrepancy – especially when toxicity concerns the intended target of treatment – is the basis of how and why the effects of ’s health care system are, at this moment, frequently analogous to a murder mystery.

Target organ toxicity is often undetected when there are too many suspects.

To return to the case involving rivastigmine (Case #2), the patient was receiving ten different neuropsychiatric drugs at the time of hospitalization.  Ironically, it was this combination of agents which created confusion, resulting in the delayed (and only partial) recognition of medications as the cause of the patient’s distress.  For example, neither lamotrigine, nor memantine, nor dextroamphetamine, nor the two antidepressant drugs were ever suspected as contributing or determining causes of dystonia, because the treating physicians focused only upon the cholinesterase inhibitor (rivastigmine) and two antipsychotic drugs.32-33

Target organ toxicity is not suspected by physicians when an event “looks like an accident.”

Throughout their training and throughout the practice of their various clinical specialties, physicians a 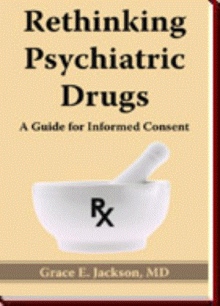 Under the influence of declining birth rates, expanding longevity, and changing population structures around the world, the global prevalence of senile dementia is expected to increase more than four-fold within the next forty years. Within the United States alone, the number of affected individuals over the age of 65 is expected to rise exponentially from 8 million cases (2% of the entire population in the year 2000), to 18 million retirees (roughly 4.5% of the national census in the year 2040). Although they are striking, these statistics quite likely underestimate the scope of the coming epidemic, as they fail to consider the impact of under-diagnosis, early-onset disease, and the potential for a changing incidence of illness in the context of increasingly toxic environments. In the face of this imminent crisis, concerned observers have called for policies and practices which aim to prevent, limit, or reverse dementia. Drug-Induced Dementia: A Perfect Crime is a timely resource which reveals why and how medical treatments themselves - specifically, psychopharmaceuticals - are a substantial cause of brain degeneration and premature death. A first-of-its-kind resource for patients and clinicians, the book integrates research findings from epidemiology (observational studies of patients in the "real world"), basic biology (animal experiments), and clinical science (neuroimaging and autopsy studies) in order to demonstrate the dementing and deadly effects of psychiatric drugs. Highlighted by more than 100 neuroimages, slides of tissue specimens, and illustrations, the book uniquely describes: Ø the societal roots of the problem(target organ toxicity, regulatory incompetence, and performativity) Ø the subtypes and essential causes of dementia Ø the patterns, prevalence, and causes of dementia associated with antidepressants, antipsychotics, anxiolytics, mood stabilizers, and stimulants and Ø the actions and reforms which patients, providers, and policy

Following her transition from military service to civilian status in the spring of 2002, Dr. Jackson has worked for the North Carolina Department of Corrections, the Veterans Administration, and as a clinician in private practice.

An internationally renowned lecturer, writer, and forensic consultant, she has submitted testimony to governmental agencies and authorities on behalf of patients’ rights, medical ethics, and health care reform, and she has served as an expert witness for the Law Project for Psychiatric Rights (a non-profit organization based in ).

Dr. Jackson’s first book, Rethinking Psychiatric Drugs:  A Guide for Informed Consent, underscored the urgent need for societies and health care systems to recognize the unnecessary harmfulness of psychiatric medications, and to protect the rights of those who desire drug-free care.  Expanding upon this same theme, Drug-Induced Dementia:  A Perfect Crime presents a methodical analysis of the scientific and epidemiological evidence which confirms psychopharmaceuticals as a cause of brain damage and premature death.  Hopefully, these publications will be used by laypersons, clinicians, lawyers, and policy makers to improve the quality and integrity of health care, and to safeguard the fundamental right of all patients to avoid unwarranted bodily harm – particularly, when that harm occurs in the form of misinformed, fraudulent, and/or coercive (involuntary) medical care.