Chariots of the Clouds 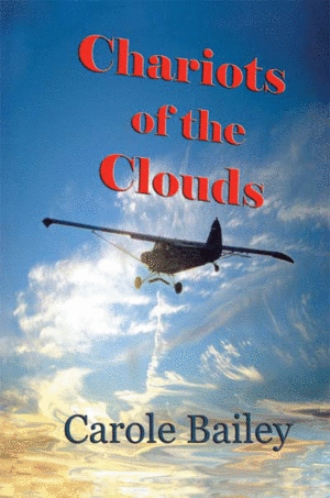 Before Colley could make any more corrections the silver plane, with the afternoon sun reflecting brightly off its hull appeared off her left wing.  The cockpit was in complete darkness from its tinted windows.  From a glassless window on the passenger side, a man pointed a rifle at her.  He looked straight at her and pointed at the ground.  Her radio blasted out the order, “Land it on the beach.”

He had to be kidding.  Below Colley saw the same beautiful scene she had seen flying down to La Paz a few hours ago.  But the beauty of the blue-green water met by rugged hills was not a good landing spot.  She decided she wasn't going to be forced down.

She put her plane into another dive to the right, but the other pilot matched her moves and forced her further east. More altitude was lost.  She leveled off and tried to quickly gather up her thoughts.

Crash!  The noise of shattered Plexiglas thundered from the window behind her.  Shards of the exploded window scattered over the back seats.  She looked outside her plane.  The other pilot kept the silver plane a few feet from her wing.  The man with the gun again pointed down toward the beach.

For the first time since her encounter with this silver plane a cold shiver of terror seized her.  A thin coat of perspiration covered the palms of her hands.  Whoever was flying that plane was a maniac, but he was a good pilot.

“Land it now or we'll land it for you!” the empty voice on the radio coldly announced. 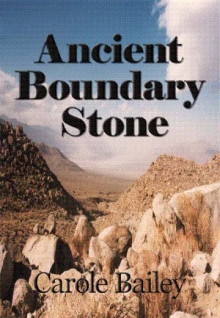 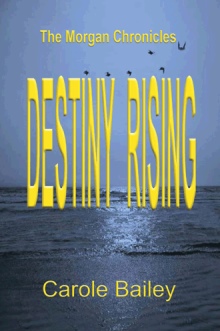 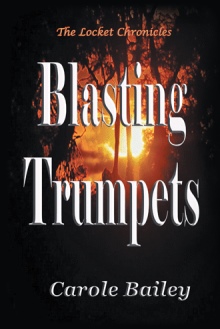 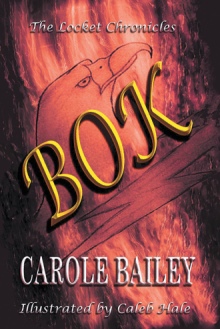 CHARIOTS OF THE CLOUDS

For as long as she could remember, Colley Morgan wanted to be a pilot.  Determined to achieve her childhood dream, she accepts a position flying for Aero Pacific Aviation in Southern California owned by Geoff Fillmore.  Their first encounter draws them together yet at the same time sets a quirky pace for their relationship.

While flying a charter flight to Baja California, Colley finds herself in jeopardy when her plane is forced down in an isolated area and then stolen.  Alone in a strange country, Colley turns to the only person she can reach, Geoff.

Colley and Geoff put their personal differences aside to pursue recovering “their” airplane.  As the mystery of the stolen plane unfolds, their decision leads them into the treacherous world of smugglers.

Chariots of the Clouds is the second book in the Morgan Family Genealogy Series.

As a flight instructor for twenty-five years, Carole Bailey has felt students’ excitement of soloing, their angst of check-rides and their joy when they discover their office window “has the best view in the world.”  Carole’s love for God’s blue sky led her to Arizona where she now resides.