The Patent of Mann 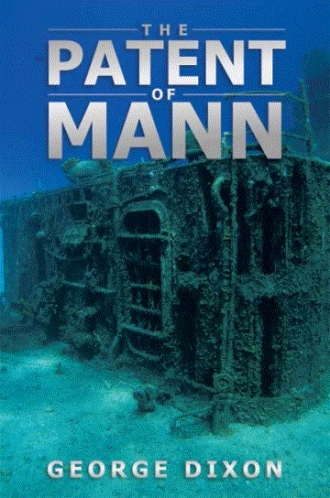 The Captain looked at his watch. It read 6:38a.m. They had fought for nearly half an hour and would have to cope until morning to seek help. Wave after wave flooded the decks, bringing more unwelcome water into the ship. A tear crept into the Captain’s eye. This was not how he expected a voyage to be, perhaps his last. He stood straight, his back and legs aching after his ordeal. He caught four men from the corner of his eye. Contrary to his orders, buckets were nowhere to be seen. They were running, running straight to the bridge. Puzzled, the Captain stood up, and, as he was about to question them, he found out the reason. A huge wave, towering roughly thirty feet in height was heading straight for them. With no engines, they were a sitting duck. In an instant, the wave crashed over them, smashing into the port side. The whole ship lurched over, past sixty degrees. She hovered for a brief moment, letting in hundreds of gallons of ice-cold water. She heaved, trying her best to come back to, but it was too late. Ellan Vannin was turning and sinking fast. The crew and fifteen executive passengers were swept under by the force of the sinking ship. The commanding men and the heroic crew did not stand a chance. She succumbed to the ferocity of the , stricken by the flame-haired assassin. In total, thirty-six people perished in the worst maritime disaster in Manx history. The local newspapers merely stated:

“On the morning of 3rd December 1909 the SS Ellan Vannin of the Isle of Man Steam Packet Co. left the island bound for . She was carrying 15 passengers, 21 crew, mail and 60 tons of cargo. The Captain, of had 18 years of experience. At the time of departure, the weather was not particularly rough, and, though the barometric pressure was falling, trouble was not expected. During the passage, the weather rapidly deteriorated and, by 06.35, when she arrived at the Mersey Bar, the wind had increased to storm force 11 with 20-foot waves. Disaster struck when she foundered between the Mersey Bar and the Q1 buoy on the approach channel. She filled with water and sank by the stern. All passengers and crew were lost.”

The ship itself remained untouched, left to pay tribute to the brave crew, who fought the conditions gallantly. She lies in less than five hundred feet of water, undisturbed, the barbaric act that journalists, Manxmen and sailors did not write in their reports, remaining undiscovered.

Following a shipping incident in the Irish Sea, a fledgling research company begins an investigation into a 99 year old shipwreck. The trail leads them first to the Isle of Man and then as far as Antarctica.

With the issue of global warming being raised in a multinational Antarctic conference, a cataclysmic event in California changes everything...

George Dixon is a young science teacher from North-West England with a fascination for history. Growing up under the influence his parent's passions for engineering and literature, he has taken these diverse subjects and married them successfully into the first of a series of novels.