Lies, Terror, and the Rise of the Neo-Communist Empire: Origins and Direction 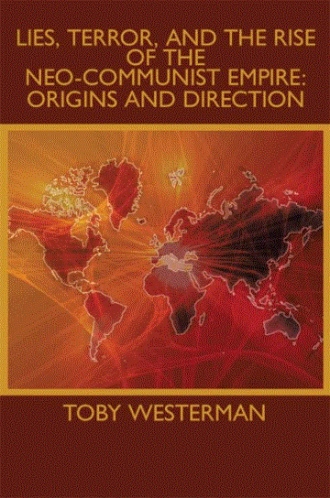 Since the “fall of communism” in Russia in 1991, hope and belief for the triumph of democracy and capitalism in China as well as other communist nations have taken the place of clear analysis of the events taking place around us.  There is clear evidence to the contrary. The media have been absolutely negligent in reporting, and if we stay on our present course, disaster awaits us.

At the beginning of the 20th century few would have criticized the United States with the strident, bitter, accusatory rhetoric as does the Left today.  The anger and resentment, with its accompanying elitist mentality, did not arise by accident.  It is the product of careful cultivation over decades.  The anti-American American is the product of a self-righteous, dogmatic abhorrence of America, and is wrapped in a call for justice and compassion.  Religion, the bedrock of the American experience, is similarly targeted. Both God and country are regarded with the same hostility, the same loathing.

The origins of this homegrown self-hatred and misrepresentation lie in the early 1920s and center upon the propaganda machine constructed to advance the interests of the newly established Bolshevik government in Moscow.  Though the Soviet government collapsed in 1991, the liberals of today embrace the same general methods of disseminating misinformation as first practiced by the propaganda network established by Bolshevik leader, Vladimir Lenin.

National survival depends upon breaking the power of the anti-American Americans.  The leftists in media, academia, and politics either are blind to or sympathetic with the alliance of Islamic terrorists and neo-communists.  The anti-American Americans carry with them a self-righteousness and zeal usually identified with fervent missionaries.  They present themselves as defenders of all that is right, good, and reasonable – from “choice” (when abortion is meant) to “national health care” (when socialized medicine is the harsh reality). Whatever the cause or the controversy,   the Anti-American Americans demonize or simply dismiss all who oppose them.  They are possessed of a religious fervor for their socialist agenda, but at the same time demand that all reference to God be removed from any national debate, especially regarding the early stages of human life.

Lies, Terror, and the Rise of the Neo-Communist Empire: Origins and Direction,  is  essential reading for anyone who accesses the U.S. mass media.

Lies, Terror, and the Rise of the Neo-Communist Empire  is a  discussion of the origins and direction of the terror alliance between militant Islam and resurgent neo-communist nations and revolutionary groups.  This work also considers the role of the anti-American American in making the United States more vulnerable to attack by undermining the military, giving foreign dictators unreserved adulation, and distorting America’s image in colleges, universities, and schools.

Westerman’s work examines the survival and rebirth of Marxism as a powerful world force years after the collapse of the Soviet Union.  The author presents the espionage activities, guerrilla war tactics, and manipulation of the electoral process now used in Marxism’s reentrance upon the world stage.   Westerman demonstrates the threat posed by the neo-communist movement to U.S. security and the concept of individual liberty.

The neo-communist movement remains  suspicious of, if not overtly hostile to, religion, but its leaders around the world have found that an alliance with militant fundamentalist Islam is advantageous.  The common enemy for both ideologies is the United States of America.

Lies, Terror, and the Rise of the Neo-Communist Empire provides a unique historical perspective on militant Islam, giving the reader an understanding of how Muslim militants look at history, the West, alliances with “infidels,” and the use of terror as a tool of conquest.

Mr. Toby Westerman is editor and publisher of International News Analysis and International News Analysis Today (www.inatoday.com).   Since 1996, Westerman has used English and foreign language materials to bring to public attention general trends and specific events which pose dangers to the American public but are either ignored or superficially treated by the centralized media.

Westerman’s work has included bringing to the attention of the general public the activities of the “Wasp Network,” a Cuban espionage ring operating in Florida, whose activities included spying on pro-democracy Cuban exiles and U.S. military personnel.   Westerman’s writing exposed the Chinese-Cuban alliance, including Beijing’s sophisticated electronic surveillance base on the island, and he has explored pro-Marxist activities near the U.S. border and within the U.S. itself.

Westerman’s academic background includes three years of doctoral course work beyond the Master of Arts degree, a working knowledge of several modern and classical languages, and induction into Phi Alpha Theta, national honor society in history, and Phi Sigma Tau, national honor society in philosophy.  Westerman is an unyielding supporter of academic freedom and is a member of the National Organization of Scholars.