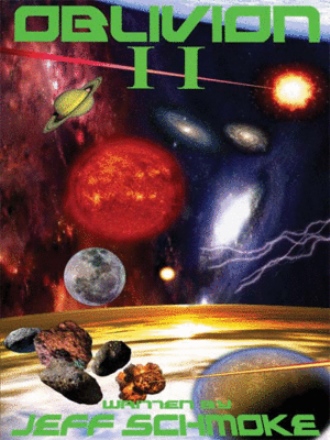 "Just get away from here, you're in danger, right now!". The two could see each other easily and it appeared that simultaneously as Laura was reacting and realizing something was going wrong as sounds from the living room increased, two mushroom heads banged their way through the entry door to the garage by tilting their heads, and rushed her, imagination had shocked her, what are these she thought.

"Oh my god!", she screamed as her sight of the two aquatic beings stunned her into not believing that ocean crabs could be that large and assumed they were from the ocean from the look of the crustacean abdomen and the moist wet look of the greenish-blue arms and legs spotted with brown patches, but the round large black shiny but tough looking dome shaped head is what began her vision seeing bright spots appear in her eyesight as if the tripods were taking pictures of her. She turned rapidly in varying directions trying to figure out where to flee and a tripod pointed a small particle emitter, and fired. The beam severed her shoulder from her abdomen, and her arm spun downward, bouncing through the hole in the floor to a thump in front of Jessica and Stake. The tripods having busted through began to grab at the body but couldn't prevent the profuse flow of blood from her veins and arteries as it splattered it's way across the garage and down through the opening.

"Oh god!", Laura had screamed as her legs wobbled to a kneeling fall. This caught the attentions of both Jessica and Stake as to the actual danger that the tripods could pose. Jessica grabbed at the shotgun as Stake wiped the splatters from his face the tripods caused.

"Shit!", Stake yelled. Jessica thought to get up to where the first floor was and use the S.P.A.S. 12, but the real danger to them kept her down. Laura took a closed ranged hit from one of the composite organic darts in the back of the neck knocking her forward more as her hand grabbed at her shoulder as she fell to a thump beside the hole in the concrete.

"It could draw more of them, down here!", he said in serious trepidation. Jessica couldn't believe it.  From inside the garage the echoing sounds of the tripods and Laura laying on the concrete, created horrible visions, the tripods began to grab at the body. Jessica could see up through the holes in the concrete noticing the undersides of the heads peer down into the basement. Jessica had a clean direct shot if she chose to, but she couldn't. One of the tripods got it's hand quickly through the hole with a hand held weapon of some sort and let out a random beam it appeared in any direction. It seared passed Jessica's chest and into the eastern wall,

"No!", she yelled as she stumbled backwards.

Taking place in present day, Jessica and Stake soon confronted with death one early morning realize their planet in space must be extremely vulnerable. Aliens having known about the planet before even the appearance of the dinosaurs, are out for blood. Unknowing what was happening, Stake and Jessica are abducted after a massive alien ship embeds itself into the planet for unknown reasons. After being returned, the planet had been decimated from orbit, the human race left to a transforming disease called Tycostiforious, mutations roamed. Again they're picked up for placement forever somewhere else they believe. It was the knowledge of their sun's nova soon immanent foretold they awaited a natural genocide. Believing they would never feel the warmth of their birth sun, their forced to accept it the Kriec'Tik like a disease rule the entire universe, and their only offspring, Alyson, had taken to outlandish deeds with her alien friends, and being a natural linguist, she quickly favored well, and she left them. Years pass as Jessica and Stake live lives amongst alien environments, and having luckily fled one of the oldest worlds, searching for Alyson they began to give up on until it was the Kriec’Tik themselves that brought the three back together amongst the process of a massive planetary acquisition they all nearly die in, but after the nova, the chance to take in the warmth of a new sun sets their sights to new hopes.