A Self-Directed (Shakespearean) Workbook for Living a Passionate, Joy-Filled Life 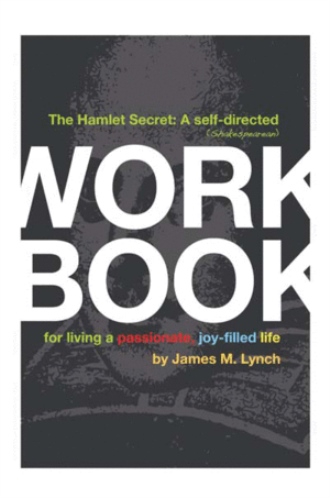 There is nothing either good or bad but

thinking makes it so.

Everything depends on your interpretation.

I like crossword puzzles. I like them because they remind me to think in a non-linear way. When I put on my beret and someone says ‘Nice hat’, I can think of the NY Times crossword puzzle and the 7-letter clue following ‘Nice hat’. Of course, they are not saying ‘nice’ hat which could be a ‘brougham’ but that’s 8 letters, or ‘bowler’ but that’s 5. However, if I think of the city in France named ‘Nice’ (pronounced NIECE) then I realize they are asking me for the French word for ‘hat’: chapeau – 7 letters.

Now some people don’t like my hat so when they say ‘nice hat’ they’re not speaking geographically; they’re making fun of me. I can take their ribbing to heart, be embarrassed, and maybe shoot back a nasty retort or I can make my choice, turn to them and say, ‘Thank you, I like it too. It’s the most practical hat I’ve ever owned. I bought it in Paris’.

This phrase, ‘but thinking makes it so’, gives you more power over your life and your circumstances than almost any other phrase. This phrase has rumbled around in my brain for 20 years and I use it again and again. This is the filter I apply to EVERYTHING. In business you can see a breakdown, a problem, a screw up, a huge loss as a challenge, an opportunity for a breakthrough or a wake up call that you’ve been on ‘automatic’ or just ignoring the warning signs. You can make the choice to take the worst event and turn it into a lesson and it will, could and might very well be the best thing that ever happened to you!

I heard a Persian story about a man who loved his beautiful pony almost as much as his young son. One day the pony ran off and the man was devastated. A few days later when the pony returned with a beautiful wild horse as a companion the man was overjoyed. The next day when the man’s son fell off the wild horse and broke his leg the man was ready to kill the horse. That is until the emperor’s men came through to conscript every able-bodied young man in the village for the army. Because his son had a broken leg the soldiers left him behind. The man learned to stop judging whether he liked or disliked every single event that occurred in a microcosm but to accept all things as lessons from the universe; some more easily understood than others but all put there to move him along in his journey of enlightenment.

The Hamlet Secret is a personal development workbook inspired by one of the greatest literary works of all time. For example, Hamlet's quote: "There is nothing, either good or bad but thinking makes it so", becomes a short lesson in self empowerment and is followed by a self-directed journaling exercise. This book is for anyone interested in learning a little more about themself, unleashing their inherent personal strength and embracing a life of joy and passion. You don't have to know Shakespeare to get value from this book!

James M. Lynch is an impassioned and highly effective executive and personal coach working in seminars, with individuals one on one, in groups and in corporate settings to produce breakthrough results and a life of joy and passion. After 20 years as a professional actor, director and acting coach he has combined coaching and theatre into a unique, easy to follow, fun and challenging model. His business model can be found at JMLynchtraining.com and his 'Being the Star of Your Own Life' techniques are available at StarOfYourOwnLife.com.