Rainbows From the Heart 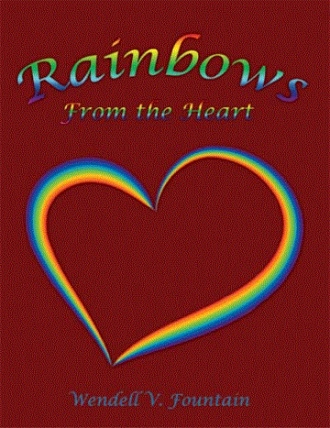 
What makes this poem unique is that it was the first poem I wrote my wife to be--Grace. Since we lived several hours away from each other, I caught an early morning flight to see her so that we could have lunch on her August birthday. We went to what became our favorite hotel of Clearwater Beach, Florida--the Clearwater Beach Hotel. It was a landmark which had great character, good food, and wonderful service. I actually can't remember what we ordered that day, because I could hardly take my eyes away from hers. I don't think she remembers either, because our eyes hardly left one another, and the food which was put in front of us was like a prop in a play or movie. It was just there. As best as I can recall it was good, but she was the reason I was there. What I describe in the poem is just what I felt and sensed as we dined at table number ten. It was a wonderful afternoon, one which I shall never forget, and I hope God will never let me do so. After I returned home, a week or so later, I wrote Grace Table Number Ten and presented it to her in November of 1999.

Table Number Ten
The couple came in with love
Dancing across their faces,
They patiently waited
To take their places,
Ushered to a corner
With a view,
Love shining in their eyes
Like sun-struck early morning dew,
People everywhere
But no one there,
Only two people came in,
They were seated
At table number ten.

This is a ten-year collection of poems (1999-2009), thirty-four in all, with each being preceded by a preamble.  It is a poetic story about a man and a woman who found love late in life, when neither was looking for a lasting relationship, because both had essentially given up finding that "someone special" with whom to share their intimate dreams and hopes.  They both had ongoing relationships which had escaped rainbows from the heart, and neither of them were as happy as they wanted and needed to be.

It all began so innocently, resulting from perhaps serendipity or possibly even divine preordination.  It was an encounter in a work environment by two graduate professors who, until then, were complete strangers.  It was like a film or movie about when a man meets a woman and they live happily ever after, because when their eyes met that day something happened which is inexplicable.

Just ten days later, they attended a faculty meeting in Atlanta, Georgia, and their lives changed completely and gloriously.  As they sat in the Atlanta Airport, waiting for the their respective flights, taking them to different places, he told her, "I know you might think this is crazy, but I think I love you."  She merely smiled and said, "I knew what you were going to say, because I feel that way, too."  So, the journey began, and now ten years later and  their eventual marriage, they have a relationship of fairy tale proportions.

Dr. Wendell V. Fountain is President of Fountain & Associates, a business and management consulting firm.  He is the Principal Consultant and formerly served as a university administrator and graduate school professor who has authored a number of books and articles, including two novels LOVE-40 (a mystery thriller) and Grace (a suspenseful love story laced with intrigue).  Academically, he holds a B.A. degree in psychology from the University of North Florida (1974), an M.A. degree in human resources management from Pepperdine University (1976), and an earned doctorate in business administration (D.B.A) from Nova University in 1985.  He completed post doctoral studies at Harvard, University of Chicago, and Wharton.  He lives with his wife and mother-in-law in southern Nevada.  He may be contacted through his Web site www.wendellVfountain.com