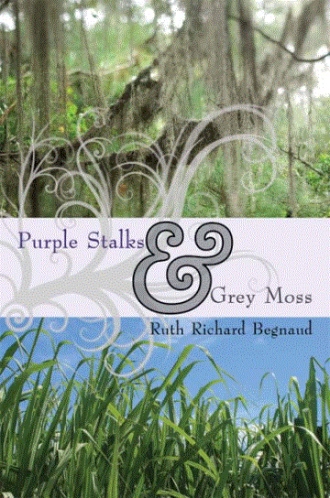 The clatter of hooves on the road behind her made turn. Her heart fell when she recognized Lester Moore and his son, , riding hard toward them.

Horses, snorting, were pulled to a stop as they overtook the carriage.

“Well, well, look who’s here on the road. If it isn’t little Miss Priss!” Lester Moore walked his horse alongside the carriage; moved up on the other side.

“She should be locked up for stealing, Pa!” growled. “Why didn’t ya turn her in to the law? She took what was rightfully ours in lettin go them slaves.”

felt the heat rushing to her face. “If anyone should be locked up, it’s your father--for stealing and murder!”

A cold stare covered Lester Moore’s face. “That’s not true! Your father died by his own hand and everyone has accepted that but you!” He leaned closer to the carriage and hissed, “Furthermore, you took property that was rightfully mine and I won’t let you forget it. I’m not afraid of John Edwards or his friends.” He leaned toward , his voice comtemptuous. “Ya feel pretty safe, huh? Ya living in their house, riding in their carriage. Well, Missey, they will pay, too, for turning on me! Yeah, they will pay-him for insulting me and her for being uppity and seeing my missus wasn’t accepted by the other wives. I’m a planter in my own right and the other planters will soon come around!” Leaning back with a smile curling his lips, “You and them snooty Edwards will then find out who has the upper hand!”

“You will never be accepted!” raised her voice. “Never! And neither will your uncouth sons!”

Chester Moore leaned over and grabbed ’s arm and almost pulled her out of the carriage. “Who the hell ya think ya are? Yur nothin! Nothin! Ya pa wuz nothin but a stupid drunk, a pitiful poker player and a poor loser!” He threw her back roughly.

Josh pulled the walking horses to a halt and turned frightened eyes on . “M’selle, yo ok?” His voice trembled and his eyes darted from one rider to the other. “Yo don’t mis-handle M’sell dat way!”

Lester Moore and broke out into a loud guffaw. “Look who thinks he’s gonna protect her!” leaned toward the young slave. “Listen, darkie, ya don’t talk to a white man that way, ya hear? Ya been a house slave so long, ya think your’re white! But ya ain’t!”

Josh shook his head. “No sir, I knows ma place but I also knows yur no gentleman, no matter da color a’ yur skin.”

, his face livid with rage, lifted his whip and slashed the young slave across the face.

Josh fell back, crying in pain as he clutched his bleeding cheek. grabbed her driver’s whip and slashed back at , cutting a gash down his face. She was about to strike again when she felt an iron grasp on her wrist as the whip was snatched from her hand. She was pulled from the carriage and found herself face down, spitting dirt from the road where she had been thrown. 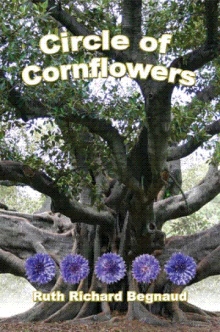 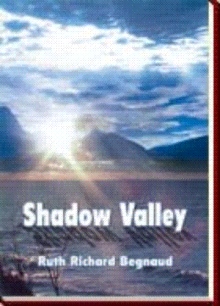 Regina Rousseau comes home from school abroad, to bury her father, who committed suicide after gambling away his plantation home in 's sugar cane country, and mother, who dies from shock. frees two valuable slaves which places her in jeopardy with gambler Moore. John and Emilie Edwards offer sanctuary from . hides love for handsome Cajun Raoul Dupre. Civil War erupts, sending men into battle.Regina and Emilie are befriended by Raoul Dupre's family. Union soldiers occupy  Edwards home but allow women to remain on second floor with little freedom.. Solaunge, and husband, Pierre, remain, while other slaves flee.War ends but before their men return, and Emilie face Lester Moore and  vindictive mob, believing women were cozy with Yankees.

Ruth Richard Begnaud, New Orleans native, journalist, LSU, Baton Rouge,La. established her byline Ruth Richard in campus newspaper, The Reveille, elected editor-in-chief of The Newmanscope by Catholic student center, secretary-treasurer of Theta Sigma Phi, Journalism honorary organization LSU chapter. Her feature and human interest stories appeared in the Baton Rouge Times and Morning Advocate. She was reporter-photographer for the Terrebonne Press, where she met husband. Author would like to thank Lurnice Begnaud for publishing Attakapas Gazette magazines in which she included "Down where the sugar cane grows" by James P. Kemper, which describes working inside a sugar mill during period of author's story. Other books published are and Circle of Cornflowers. The author lives in