The True Story of the Spanish Ranch Fire 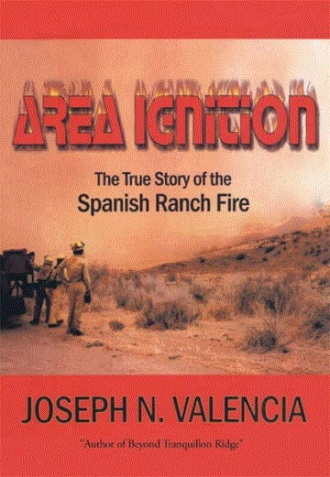 One of the great fallacies of the Spanish Ranch Fire; has always been how small the fire was; how light the fuels were; and how simple of a fire it seemed.  This assessment was handed down through the decades following the fire.  But it does not tell the whole story of the natural and human condition that occurred there, and it just doesn't add up to actual first-hand descriptions.  The Spanish Ranch Fire was quick in its movements; it burned in difficult terrain; it was hard to be at a good location to oversee; and it contained critical factors relating to extreme fire behavior.

Captain Ed Marty was tough and tired. He was the oldest and most affected by life's roll of dice, but he had a job to do and he was going to do it.  Scott Cox at twenty six years of age, was eager to prove and perform the tasks imposed on him.  Ron Lorant, was acknowledged for his capability and cool demeanor, yet he kept his inner feelings to himself.  The youngest of the crew, twenty one year old Steve Manley was worldly beyond his age, and he was strong in his humanity and intentions.  Now, with all thier gear assembled--they headed up the ridge to Hill 2465' and beyond. 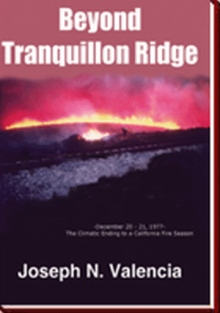 In August 1979, along a remote ridgeline near , four firefighters from a California Division of Forestry (CDF) engine crew, were preparing to defend the northern flank of the Spanish Ranch fire.

Captain Ed Marty, and firefighters; Scott Cox, Ron Lorant and Steve Manley responded to the fire from the Nipomo fire station. They were all from , but were as different as the golden state’s angles, aspects and arenas.  They were defined more from where they were from; Tehama, , and .

No one predicted what would happen next—but in a page from man versus nature, the fire accelerated and then swept across the face of the slope which the four young firefighters were on.

At 4:25 PM their thin line of defense was cut-off and a retreating bulldozer operator was overrun.  Minutes later, they tried to escape from the sweeping area ignition, but the fire cut-off their retreat and along with another dozer operator they were all overrun by fire.

The tragedy that occurred and the subsequent investigation would change the way the state fire agency operated on area wildfires.  Area Ignition looks back 30-years to honor the men who fought and died in the Spanish Ranch Fire. It recreates the courage, emotion and human frailties that are interwoven from the initial ignition point—to the final survivors’ thoughts as they proceeded past a solitary CDF fire engine.

Although much has changed since then—young firefighters still go out every year to battle wildfires just like their brothers of the past.  We owe it to them to understand a little bit of the awesome power of wildfires and the people who fight them.

Joseph Valencia is the author of three books about fire;

He lives in Lompoc California.