From Darkness ..Into the Light 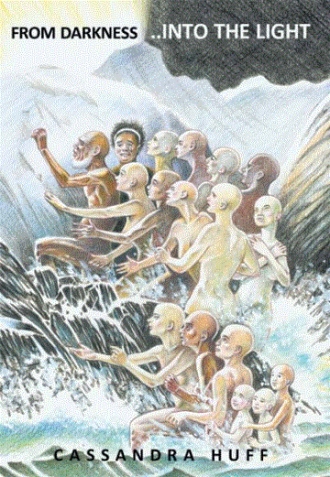 The Journey Unfolds… From Darkness… Into The Light…

Led out and away from a tainted (morally corrupt) way of existing, are women and children of all ages, from infancy through adolescence.  The big black hole and tunnel that they are coming out of represent the darkness they have fled.  They leave behind psychological entrapment and enslavement, which they have endured for centuries. The hole and tunnel also represent the leaving behind of harsh idolatry and persecutions.  Though many religions do not admit to idolatry, the practices of idolatry continue to wreak many of our societies.   The black hole represents the thoughts  of their entrapped life, and the pain both unsurfaced and surfaced, and the hurt not verbally expressed; the uncovered and far remaining covered hatred and disgust for a life that they blindly lived, without knowledge, and with much sheer ignorance.    Others who did not have a humane interest for their fellow man led them blindly.  Though societies advocate ways to overcome adversities, its inhabitants consumed with impeding fears, lose their desire to confront the overcoming fears.  The women and children did not have the strength to rise above until the elected tall dark, gray bearded man from the nine orders, accompanied by the efforts of the woman (the force behind the movement) advocates that a better existence for women and children shall prevail.

The women and children, with the help of the tall dark, gray bearded man elected from the nine orders, and provided further protective energies from the secret order, must cross over many waters and cross over many mountains before coming into a free (liberal) state of existence.  During absolute need, and as critical need arises, the secret order intones instructions to the elected tall dark, gray bearded man of the nine orders.

The water (though previously muddy) signifies clarity, and the smooth waves indicate unification and stability - a transformation from an old order of existence into a new order (higher development) of existence.

Crossing the mountains symbolize women and children encapsulated.  The old system, of immorality, underprivileged, and unprincipled ways no longer imprison their minds.

The mountains are the covering of protection, and the mountains symbolize the growing through and breaking away from a rigid and tainted structure that demoralizes - demoralized women and children.   The mountains represent an eradicating of a grave travesty to moral respect, values, principles, dignity – anything that represents or advocates bettering humankind - humanity.   The self-centered male dominance that held women and children in captivity crumbles.  The insincerity of self-centered male and female dominance, which capitalized women and children, submits to the goodly force within. Actions within societies portraying only moral turpitude and the betrayal of morality wither.  This is represented in the crossing over, and traveling through the waters and mountains.  The women and children coming out of the black hole and tunnel represent the long awaited desire to return to, and establish a system of morality.   The adversarial male dominant society that would stoop to any covert dogmatism (self-made by man with ill intentions to hold women and children in captivity for misuse and abusive purposes) crumbles.  Bondage no longer holds women and children captive to psychological enslavement and physical entrapment.  Previously held in bondage, they are now free.  They are no longer subservient, docile and submissively blind. Upon them is the awakening.  Coming into newness, and a newly transformed humaneness, finally submission to the intended way of all humankind takes place..

The tall dark gray bearded man, elected from the nine orders and provided further protective energies from the secret order, with special instructions guide the women and children From Darkness Into The Light (a new world). 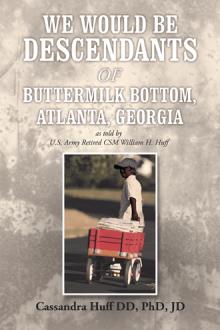 The Book is      ABOUT RELATIONSHIPS!

– Though our way of life, that is, our religion as most understand what a way of life is, is to provide systematic paradigms, exemplifying codes of conduct for the sanctity and management of life, and to ensure that we as humans are in a constant overall state of improvement, our way of life continues with much clutter from sources that only serve to hinder positive growth.

Life is about the psychology of relationships – the inner workings and outer workings of who we are as individuals striving to live life representative of an ideal truth, or ideal truths.

The question becomes, is there an ideal life; hence, ideal existence?

The answer becomes there are many, and of these many ideal existences - ideal life’s, which will we choose to follow?

From Darkness… Everyone must come through.

Everyone comes through… Into The Light.

From Darkness… Into The Light!

Peace, Love, Happiness & A Safe Journey to the Return.   CHuff

She Is… CASSANDRA HUFF

Cassandra is presently pursuing a PhD in Counseling Studies at .

Her civil interests are Social Psychololgy and Human Rights Law.

She is the oldest daughter of nine siblings, born to the union of US Army Retired CSM William H. Huff and Willene McGee Huff.