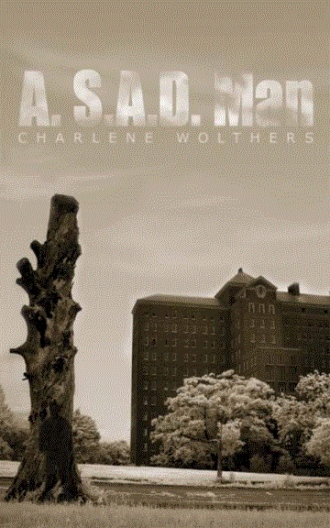 There he stood in a dark room, laden with foreboding. A little, bright, red light was glowing in the distance. It was too small and too far away to give off extreme lighting to the room. The ground was impossible to see. Every step he took, felt like he was walking in mid air. This sensation grew stronger and stronger as every step was taken to approach the enticing red light. Without warning, his legs began to quake and gravity went heavy on him, pulling him down at full speed. He kept falling until his right cheek brutally met the concrete road. It was a while before he gained back enough strength to lift himself up. He shook his head in attempt to relieve the harsh vibrations in his skull. He then remarked his surroundings. The atmosphere was gray and charged with thick mist, cutting every breath short. The road was long, appeared desolate and seemed interminable. Nothing in view was familiar to his eyes. Behind him, the distinct sound of dragging feet began to crescendo and proceeded to approach him slow-paced. He turned around in curiosity and an outline of a figure began to reveal through the heavy mist. The figure began to pick up its pace. The closer it was, the darker it seemed. He squinted his eyes, desperately wanting to see who it was. To his astonishment, the figure had no features. It was just a tall shadow. He slowly walked away while managing to keep his eyes fixed on the shadow man. At once, his senses were preternaturally keen and alert. When the shadow reached with in five feet of him, the shadow man broke into sudden speed in pursuit of the young man. In response, the man attempted to run away as fast as he can. He was aware of how close the shadow man would be when every now when the air would become heavier and colder. He would look over his shoulder as far as he can with out having to slow down his speed. He would take sharp turns, seeking opportunities to evade the shadow man. His arms swung rapidly along the side his body assuming it would boost his speed and force his legs to catch up. He tried to create a breathing pattern to adjust his pace. None of his strategies worked too well. The chase only lasted a minute before the shadow man at last grasped the young man by his collar and embraced him. The shadow man pulled him in, transmitting all the cold he held in him into the young man’s flesh. The man closed his eyes tightly and prayed for a miracle. A precipitant relief overflowed him and the heavy pressure of air expired and it went back to normal. The tight grip that once clenched his chest, evaporated and there was no more indication that the shadow man was present. He hesitantly opened his eyes and found himself standing in front of his childhood home.

Twenty nine year old Henry Lowstar had control over his schizpohrenia for three years. Now that twenty seven Mona Westam is looking foward to moving next door, Henry loses grip of reality. Mona joins Lowstar and struggles to help him take control over his disorder and balance his psychotic episodes with their love life. Blood stained jackets, dead people, demonic happenings and demented illusions all take Lowstar's perception of the real world for a spin. As Lowstar desperately attempts to keep on living life as it were, the sudden occurences of his nightmares and illusions both test his strength beyond human capability.

Charlene Wolthers is currently in her senior year in high school. She lives in N. Las Vegas, Nevada with her parents and two younger sisters.