How Numbers Control Your Life and Give Your Life Purpose 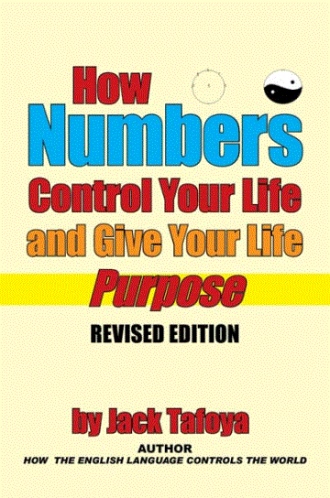 From the INTRODUCTION   by Robert Moore

I read about Jack Tafoya in 1986. Being a music buff and a scientist who knows the importance of numbers, the title of the article caught my eye. Musician Says Life Is Numbers Game. The article read: “It's all in the numbers, the past, the present, the future, the secrets of the universe. Everything can be understood by the numbers”, says Jack Tafoya, who claims to have broken a 'code' which allows him to read a person's life”.

I am sure many others have reacted as I did upon first reading about Mr. Tafoya, and possibly, even more people were awed in meeting, communicating, and learning from him. But imagine! Twenty additional years of research and dedication is incorporated into Jack's book since I first met him in 1986. The article which caught my attention and brought us together, continues: "There are many active psychics, and most of them tell you what you want to hear," says Tafoya. "I use a scientific approach. Similar to Nostradamus, I can tell you the highest probabilities about your life, past and present that becomes your future, based on numbers. The cosmic forces constantly change around us cyclically, and. If we don't understand the mysterious forces that trigger events in our lives, we are subject to bad luck."  Tafoya says “bad luck is ignorance; good luck is knowledge. One can avoid illnesses, accidents, trouble, even death by utilizing one's knowledge and understanding of the cosmic forces numerically: how and when they trigger 'cause and effect' events in our lives.”

Tafoya says “My years of research have taught me that everything in the universe is tied into numbers.  In spite of being told that it's possible for you to change, the real 'you' never changes. Despite this, the ‘superficial you’ can change, just with the power of words and numbers. Face it! We live in an ‘acting world’. Your name, which basic numerology characterizes as personality traits was imposed on you, and you are prone to try to be that person.  If you don't like your name - and many people don’t - you change it and thereby change or add another personality trait. The same applies to changes in physical appearance by altering personality traits. Therefore, personalities are collective traits you can collect and change every time you change your name 'and' appearance. You collect them and let them go. Hence, you create multiple personalities in a sense. Your birth-date is your genetic code, your energies, your values, and that never changes."

Tafoya continues: “letters are numbers; names are composed of numbers, and your personality traits and emotional coloration is determined by the numbers in your life. Your name and its numerical composition is the main influence on your personality traits, but other numbers can affect you also. Other numbers that determine your lifestyle are the ones you keep longest:   your social security number, address, telephone number, and all other ID numbers. He says emphatically, "you cannot change your birth-date: it is your life numbers. It determines your basic life program and values, therefore, you cannot change this inner core of yourself but can only learn to deal with it. What you are doing is learning to deal with yourself.  And, when you are able to evaluate other’s birth dates, you can learn to deal with them more effectively.

I immediately realized that here was a man who didn't use conventional numerology to make his predictions. The key to all this, the thing that peaked my curiosity most was the phrase GENETIC CODE. How could a man use 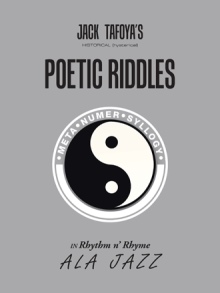 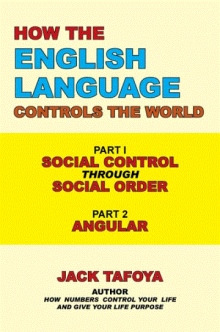 How the English Language Controls the World
Jack Tafoya
$17.99

After twenty five years of dedicated research by the author, the Genetic and Cosmic Number Codes - labeled as "secret mysteries" and hidden for centuries by secret societies - are now revealed in this book. THE NUMBER 13 IS NO LONGER A MYSTERY! Everything that happens in the world is governed by the law of "cause and effect". We don't simply "have" accidents, illnesses and problems (generally referred to as bad luck). We cause these tragedies due to mass ignorance of WHEN and HOW the number 13 comes into our lives, WHAT "cause and effect" scenario it triggers, and what we can do to alleviate these painful events. This information has been utilized for centuries by an elitist few who thrive on your "bad luck" - the ignorance of the masses. Knowledge is Good Luck, Ignorance is Bad Luck".Believe it or not, you do have a choice! Don't let the number 13 work against you. You can maintain your youthful vigor and appearance by making the number 13 work for you. Read how others have benefited from the knowledge in this book. Change your luck starting today and help your loved ones with this knowledge.

“GETTING TO KNOW YOU.  IF THERE IS A CODE OF LIFE, JACK TAFOYA HAS BROKEN IT.”  Times Crescent, Maryland.

“HE’LL TELL YOU ABOUT YOURSELF.  THAT HE HAS AN INSIGHT INTO PEOPLE AND THEIR PROBLEMS IS READILY APPARENT”.   Maryland Indiana News.

“HIS PERFORMANCE IS CONVINCING.  HE GIVES AN ILLUSION OF PERFORMING MAGIC AND HE DOES IT, NOT WITH MIRRORS OR CRYSTAL BALL, BUT WITH NUMBERS”   Triangle Review, Colorado

These are just three of the many major newspaper articles written about Jack Tafoya’s work.

One east coast newscaster described Tafoya as “a mediator for humanity with a message for the masses.  However, it’s not numerology, astrology, mindreading or fortune telling. It’s a complicated numerical system based on a person’s birthdate.”   Cindy Hasty, a Cheyenne Wyoming resident and mother of two children said Tafoya told her many things about her past life that “even my mother didn’t know, that my father wanted me to be a boy, and had a boy’s name all picked out for me.  My father confirmed it.   I am a tomboy for sure.  I think he is an amazing individual,” she said.  “He’s an asset to the human race and I think he has a gift from God.”

Tafoya said “If everyone has the knowledge of numbers I’ve unveiled, then no one can take advantage over another. This knowledge could help to bring in more peace to the world.  It would banish fear through the elimination of ignorance.  Everyone can learn how to know and understand each other better.”

Jack left his successful career as a jazz musician, vocalist and television show host in New York City, a career in which Mike Wallace of 60 Minutes credited him with “singlehandedly reviving jazz.”  Jack said.  “I’ve always believed that someday, I could bring forth this knowledge that would benefit humanity.”