Strategy and Philosophy from the Martial Arts 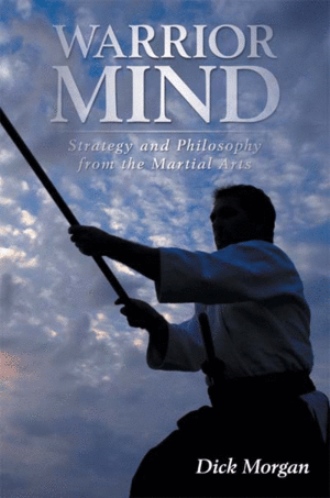 As it turned out, the number of competitors was uneven, and I got a “bye,” meaning I would not compete until the second round. With mixed emotions about this turn of luck, I sat with the other competitors and watched all of the first-round sparring matches. Some of the competitors were very good; I saw some phenomenally fast and strong kicks. One fellow was knocked out of the ring by a side kick to his chest and could not stand up afterwards. Several people on the sidelines shouted encouragement to the kicker, calling him “Champ.” When I asked a fellow contestant about the young man, I was told, “That the guy who won last year. Try not to fight him.”

But as luck would have it, the young man with the strong side kick and I were paired up in the second round. I stepped up to the mark on my side of the ring, crouched into my fighting stance, and looked toward my opponent. He was very relaxed, pumping his shoulders and looking directly into my eyes. When the referee told us to get ready, my opponent stepped to his mark and took a loose stance, emitting a strong, loud kihap (spirit yell), never taking his eyes off of my eyes. His kihap unnerved me; I had felt its reverberation all through my body. This young man opposite me was an experienced fighter, and I was going to have to really defend myself or he would hurt me. I had begun to review all the blocks in my head when the referee shouted “Sijak!” (Begin!) My opponent strode forward and executed a fake front kick, followed immediately by a quick roundhouse which had such force that even though I blocked it, he knocked my own forearm into my face. I threw a roundhouse kick in return, but my kick was so slow and stiff that he was out of range before the kick was fully extended; he didn’t even bother to block it.

I was in serious danger here. I was desperately hoping he wouldn’t hurt me, and began to imagine all the ways in which he could. And while I was picturing him in my mind doing something, he stepped forward and executed a high crescent kick that swept up over my right arm and hit me square in the right ear. I did not fall down, but my vision swam as the right side of my face began to throb. The kick had such force that my vision was affected, and now there were two opponents looking back at me. The young man, my opponent, took out his mouthpiece and said calmly to me, “Keep your guard up.” This was just great; my opponent was so sure of himself, he was giving me self defense tips.

When the referee came over to see if I was alright, I told him I couldn’t see, that I didn’t want to fight any longer. The referee held up my opponent’s hand, and I stepped out of the ring in disgrace. When I sat down with the others, my instructor appeared out of nowhere and bent down toward me. “Are you alright?” he asked.

“He didn’t beat you,” my teacher said. “You beat yourself. I told you that you weren’t ready. Now you will have to remember this moment until you figure out why.” He looked at my face, moving my head gently. “You’ll be alright,” he said, and stood up. When I turned around to ask him what he meant, he was gone.

I will never forget that moment, and keep it with me as a reminder of the starting point of my martial awareness, the moment I began to realize that martial ability was not a collection of techniques, but a singular and profound state of mind. My opponent had honed this mindset into a formidable weapon; I had not. It was the moment I realized I was just a beginner and had much to learn. 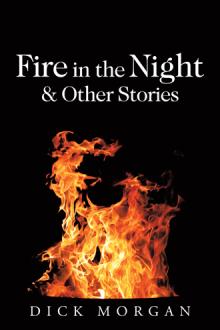 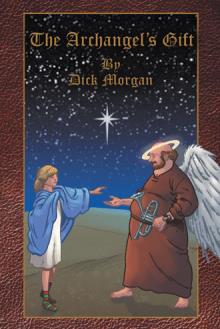 Warrior Mind is a guide to understanding and developing the warrior’s essential mind-set.  Warrior mind has three components.  The first is inner strength—the development of unassailable integrity, clear intent, and unwavering tenacity.  The second is a thorough understanding of the principles of strategy—correct movement and balance, proper angles, proper timing, and proper entry.  The third is acquiring body intelligence- a spontaneous flow of movement in response to an attack without having to think about it.  Eventually, thought and movement become one expression.

Warrior Mind is also a guide to a strong and proactive approach to life itself.  The principles that strengthen the warrior mind-set also empower and enrich one’s life whether or not one is involved in a martial study.   In fact, the goal of developing warrior mind is to become so internally strong that we discourage and minimize the violence around us.  Ultimately, achieving warrior mind is a spiritual journey.

Dick Morgan has been continuously involved in martial arts practice for the past 44 years.  For the last 34 years, he has been practicing Korean Hapkido, under Grandmaster James R. Garrison, Vice President of the World Oriental Martial Arts Federation.  He holds both a Master’s Certificate and 7th degree black belt in that art.  He also holds black belt rank in Tae Kwon Do, Jujitsu, Aikido, and Chinese Kenpo.  He has been teaching martial arts for over 35 years, and has been teaching at his own club, Warrior Mind Dojang, for over ten years.

His writing experience includes fiction.  He was awarded an NEA grant for short fiction in 1982, and won first prize in the Kay Snow (Willamette Writers) writing contest in 1983.  His short story collection, Sailing Away, was published by Lost Horse Press in June, 2000.