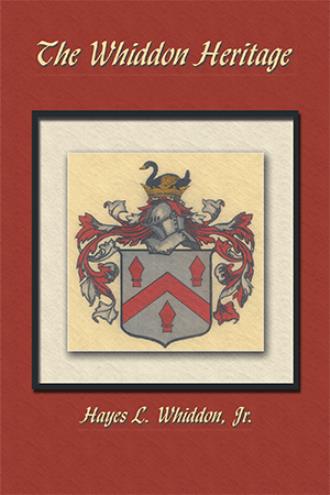 In April 1557 Thomas Stafford led a rebellion and captured . The insurrection was put down by the Earl of Westmoreland and the rebels taken prisoner. Judge John Whiddon was sent by Queen Mary to to conduct the trial of the prisoners. He was given the commission of general, providing him the authority to raise forces to quell any further rebellion. The situation was so dangerous that Judge Whiddon sat at the bench in armor. As a reward for his service the Queen gave Judge Whiddon an addition to his coat of arms. It was a golden-billed black swan sitting in a crown and the motto Rara avis in terris, nigroque simillima Cygno, meaning “a rare bird on earth and very like a black swan”.

Judge Whiddon’s appointment as judge of the King’s Bench was reaffirmed by Queen Elizabeth when she assumed the throne. Judge Whiddon took part in the procession into the Chapel Royal when opened Parliament in 1563. He continued in this position the remainder of his life. He served as a serjeant-at-law for 46 years and as judge for 22 years.

Sir John Whiddon was married twice. His first wife was Anne Hollis, daughter of Sir John Hollis, Lord Mayor of , with whom he had one daughter, Johanne. The second marriage was to Elizabeth Shilston, daughter and coheiress of William Shilston, Esquire. John and had six sons and seven daughters.

At the time of his death Sir John Whiddon was a substantial land holder with considerable tin mining interests. He owned the manors of Chagford and Teigncombe, leased the manor of North Bovey and leased other properties in and Chagford. He also owned the Church House. The granite structure was originally built by the churchwardens in the early 16th century and was purchased by Sir John Whiddon in mid century. It served as a town house for the Whiddon family. After it passed out of the Whiddon family it became a tavern named the Black Swan Inn. Today, the restored mansion holds a significant place in Chagford as the Three Crowns Hotel.

Sir John Whiddon is buried in the chancel of St. Michael’s Church in an imposing canopied alabaster chest tomb. It is the most impressive tomb to be seen in any of the high moorland churches. This splendid tomb bears the inscription, “Here lieth Sir John Whiddon, Kt., one of the Justices of the King’s Bench, who ended this life the 27th January 1575”. Sir John Whiddon’s estate went to his six sons. 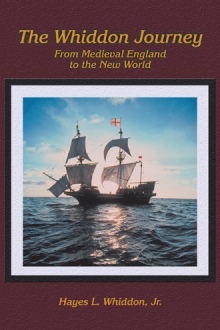 Almost ten years of genealogical research, on the Whiddon family, has provided a wealth of information that is the basis for an interesting story. The story in began in 1635 when sixteen year old John Whiddon crossed the Atlantic and stepped onto soil. It continues through William, son of the immigrant, and covers nine generations. Although the author followed his direct line of descent, sufficient information is provided to permit other lines to be picked-up at any point. The story is told in semi-narrative form, with historical context, to make it human and personal. It covers the Whiddon family through time and place to give a clear picture of The Whiddon Heritage. Also, covered are the lines of descent of the other two sons of John the Immigrant.

This book has the most extensive coverage of the Whiddons of Tudor England ever published.

The Whiddon family of Chagford, in the , was very prominent in the 16th and 17th centuries. The family reached it’s zenith under Sir John Whiddon, Judge of the King’s Bench. Included are several generations of this very powerful and influential family. They served both the Church and the English legal system.

Captain Jacob Whiddon was a 16th century seadog, a privateer in the service of Sir Walter Raleigh. The mariners with whom he sailed included Sir Francis Drake and Sir Richard Grenville. Vivid accounts of his adventures are provided that includes the fight against the Spanish Armada and his voyage to to discover gold in El Dorado.

The book is well illustrated to illuminate the lives of the Whiddon forebears.

Hayes L. Whiddon, Jr. (Lou) was born in 1942 in . He is a retired Naval Logistics Engineer who worked as a civilian for the United States Navy for thirty nine years.  His son, Paul, is the fourth generation Whiddon to work for the navy. Lou, like Captain Jacob Whiddon, lives at a major seaport. His home in is only a few miles from where John “The Immigrant” first landed in in 1635.

Lou authored an article on Captain Jacob Whiddon that was published in the Devon Historian. That article appears herein in expanded form. He is currently researching the Whiddons of Devon to produce a book on this noble family.

Lou lives in with his wife, Elaine. They enjoy their children and grandchildren who they see often.